In the summer of 2018, the Victoria and Albert Museum opened its doors and welcomed the public to the extraordinary exhibition ‘Frida Kahlo: Making Her Self Up’.

Frida Kahlo is celebrated as one of the most significant artists of the 20th century.  She was a unique and rebellious Mexican painter, known for her extraordinary life, as much as her artwork. Over 60 years after her death, Kahlo has become a cult figure, appropriated by feminists, artists, phycologists and fashion designers alike. 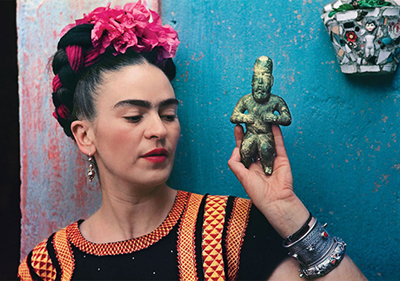 The show was curated by Claire Wilcox, chair in Fashion Curation at the London College of Fashion. It dramatically changes our understanding of Kahlo’s work and life, with an exclusive and somewhat controversial collection of her personal belongings that had previously been locked away in La Casa Azul by the wishes of her husband Diego Rivera and friend Dolores Olmedo.

In 2004, after the death of Olmedo, the Museo Frida Kahlo unlocked the doors to these items. Recalling the discovery, director of the museum, Hilda Trujillo, questioned her right to explore the collection, “I felt like an intruder, for what right do I have to be there with Frida’s things?”

The collection included Kahlo’s indigenous Tehuana garments and hand-painted medical corsets and orthopaedic devices worn by Kahlo as a result of a devastating bus accident when she was 18 years old. She broke her spinal column, ribs and pelvis and an iron handrail pierced her abdomen and uterus.  She suffered for the rest of her life. When we imagine Frida Kahlo, we paint an image of her in the distinctive, colourful Tehuana costume, with fresh flowers decorating her plaited hair. We celebrate her strong features; her upper lip hair and that striking monobrow, but what does Kahlo’s unique fashion really tell us about her?

Co-curator of Frida Kahlo: Making Her Self Up, Circe Henestrosa, discusses Kahlo’s passion for the Tehuana dress.  Kahlo was a proud supporter of indigenous wear.  These outfits were both a celebration of her Mexican heritage and a form of protection. She often wore long Tehuana skirts covering her legs, one of which was thinner and shorter due to contracting polio as a child. Henestrosa suggests that the garments from Tehuantepec rehabilitated Kahlo and allowed her to powerfully express herself, masking her disability. This had a resounding influence on her political voice and status in the art world, due to the deep-rooted social chauvinism in Mexico and America in the 1930’s. 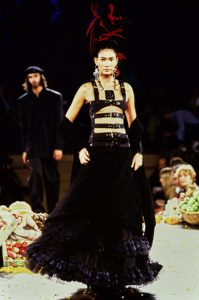 Artist and film maker, Alinka Echeverría, spoke about how Kahlo had suffered many traumas and expressed her pain through her ability in art, creativity and imagination. Examples of such can be seen in Kahlo’s exvoto style work, ‘Henry Ford Hospital’, painted shortly after her miscarriage in 1932. For most of her life Kahlo wore body casts, which she hand-painted with imagery, including the hammer and sickle of the communist logo, and with direct references to her miscarriage. 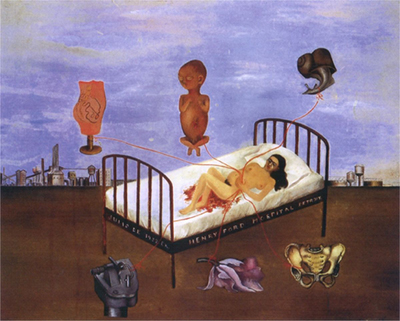 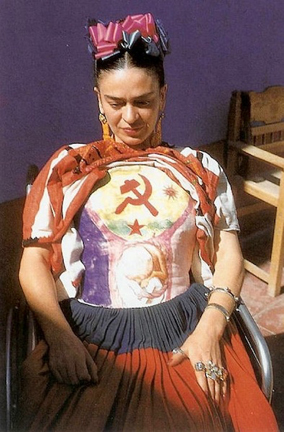 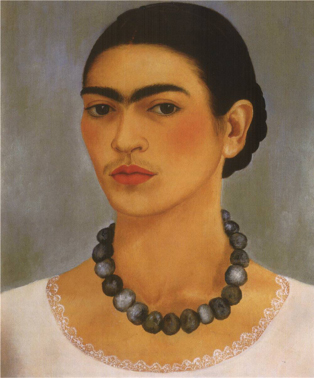 Gannit Ankori, Head of the Creative Arts division at Brandeis University, stated, “if we know her [Kahlo’s] face so well, it’s because she chose to show it to us”.  Ankori suggested that Kahlo began a dialogue with the perception of disability – she shared her pain through her art and through her penetrating, unsmiling gaze, we often see in her portraits.  Kahlo’s persona of a colourful flamboyant Mexicana uses the Tehuana costume as an armour to shield her suffering body and mind. 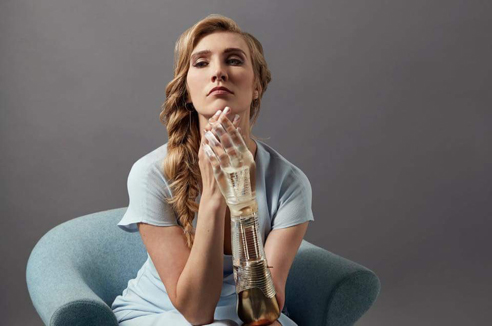 Sophie Oliveira Barata, prosthetics designer at Altlimbpro, began a conversation about the social stigma of disability and continued to explain how she is combatting it with artistic and unique prosthetics. Celeste Dandeker, dancer and co-founder of Candoco Dance Company, responded with her moving experience as a contemporary dancer with disabilities.

Rubén Gallo, Professor at Princeton University, poses the question of ‘Fridamania’. Why, more than 60years after her death, does Frida Kahlo’s work still speak to us in the 21st Century?  Kahlo’s ability to mediate between her inner experiences and global history continues to be relevant today. 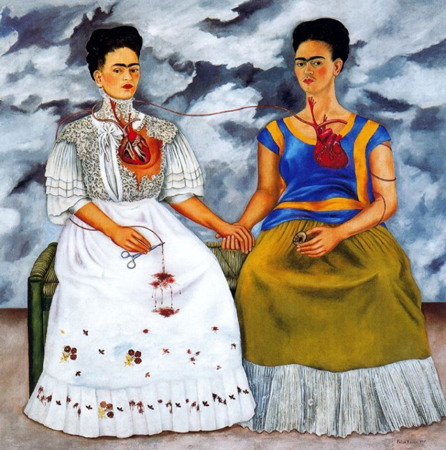 The conference vocalised the importance of Frida Kahlo’s lasting influence when considering the extremities of her work.  Her recognition is a testimony to her strength and influence as an artist and as a Mexican woman.  ‘Fridamania’ manifests in both her fragility and her global influence, a juxtaposition that is strengthened by her evident mortality. One cannot admire Kahlo’s work, without appreciating her pain and struggle, which represents the realities of social change, mortality and internal and external credibility.