Students from BA Production Arts for Screen and BA Costume for Theatre & Screen have been working with Merton council on their entry for the London’s New Year’s Day Parade (LNYDP), which was attended by over 650,000 in the parade’s 32nd year. 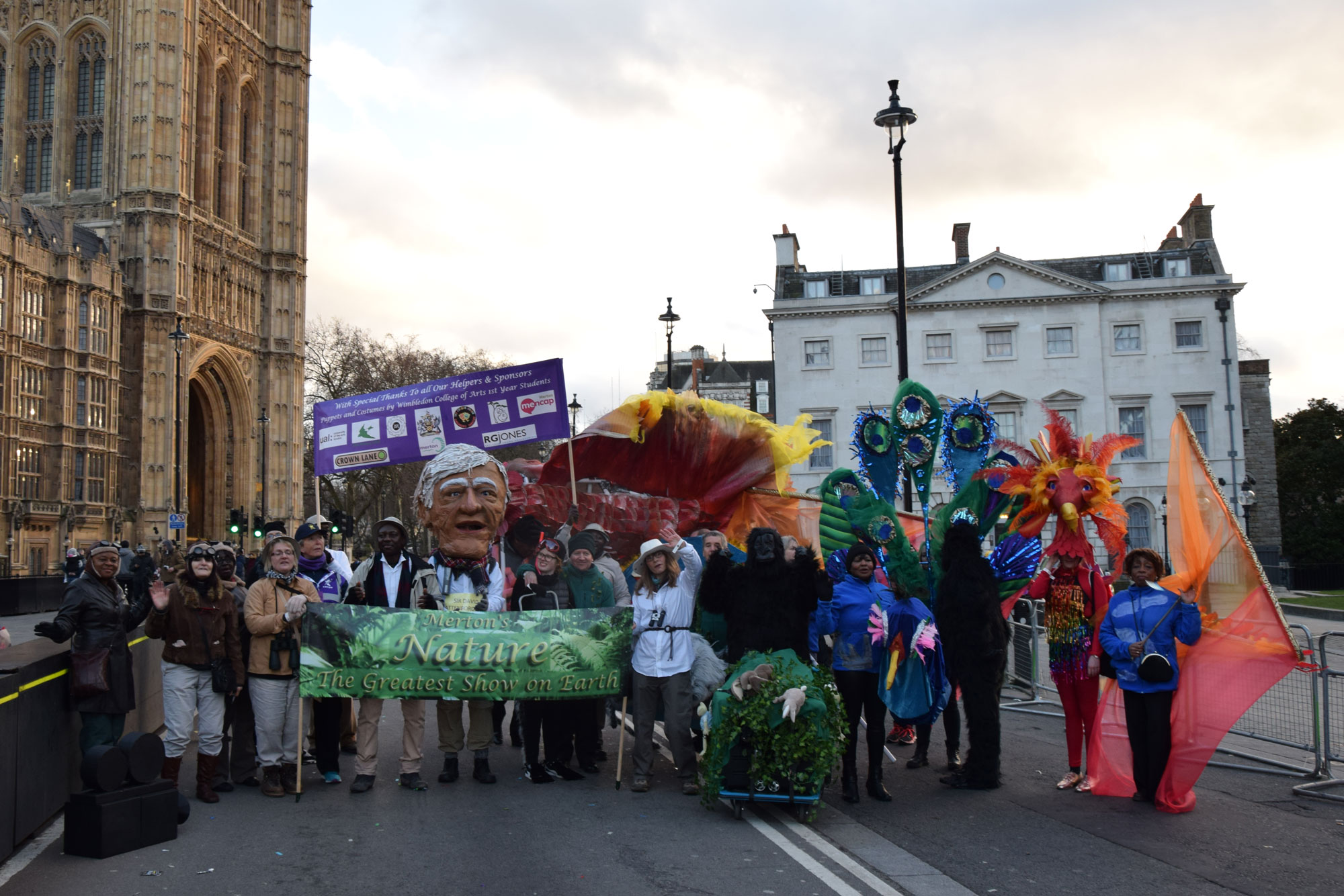 Wimbledon students with Merton Council with their entry ‘Nature, the greatest show on earth’ featuring an oversized David Attenborough

Mayor of Merton, Councillor Marsie Skeete said: “I am very proud to be involved in such an exciting event. The effort and creativity put into the costumes and puppets was outstanding. I would like to give a special thanks to the students at Wimbledon College of Arts for all their hard work and Councillor Linda Kirby for organising the Merton entry.”

We caught up with 1st year BA Costume for Theatre & Screen student Alix Burgess to find out more about the project.

How did you get involved with this year’s London New Year’s Day Parade?

I got involved through hearing about it from my course leader, Kevin Freeman. I’m a Costume student and I worked largely on this with students from BA Production Arts for Screen. Over the course of a few weeks I attended meetings and contributed some ideas and designs, not quite anticipating the work I was getting into! 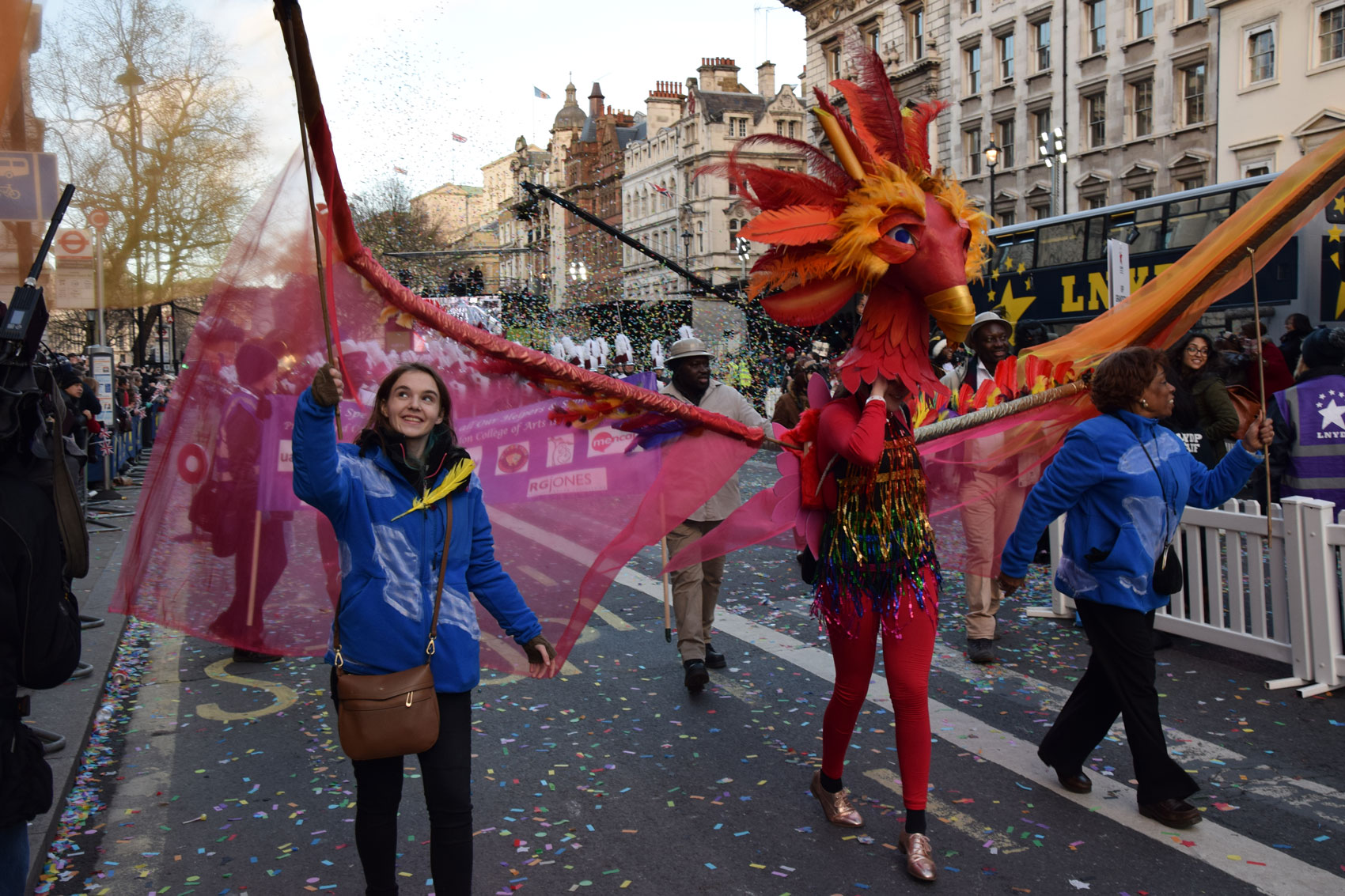 How did you contribute to the parade?

I was involved in making the UAL branded hoodies and sourcing the fabrics for the puppets. The costumes themselves took a few weeks and I was able to source the fabrics over a few days from shops as far as north London and our local Work and Play scrap store.

Did you work towards any themes? How did you come up with your ideas?

The theme was given to us by LNYDP ‘Nature, The Greatest Show on Earth’. By the time I joined there were a few puppet ideas in progress such as the bird of paradise and the spider. I created a few mood boards for the costumes and theme once I was told that we had to create a surrounding to put the puppets in. The puppets needed to make an impression on a large crowd, so the designs had to be bold and clear. It was then easy to find some simple ideas such as “clouds” for the birds in the sky” and “corals” for the fish. 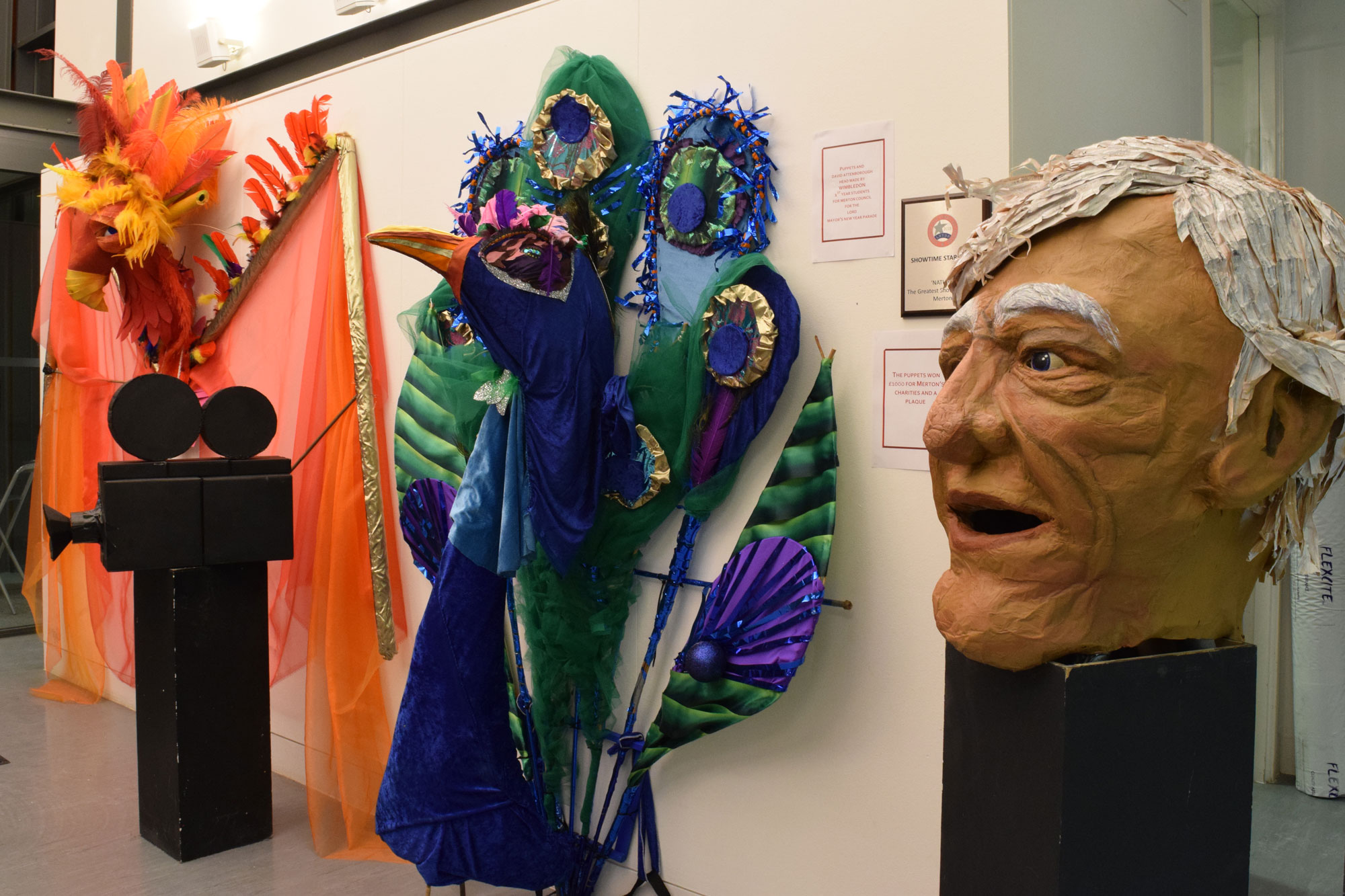 What was the best part of getting involved with LNYDP? How has this benefited your practice going forward?

The best part was being able to work on a live project for the first time. It has really informed me in the type of work involved with projects like these and what to expect in future. I’ve also realised the importance of having someone in charge of the project and solidifying the working group early to avoid people dropping out later when you really need them.

You helped Merton Council win £1000 for their charities, how did it feel to be working on a creative project benefiting the local community?

I’m extremely proud that our work has gone on to win money for the local community and I hope that it gets put to good use.

BA Costume for Theatre and Screen