Various Wimbledon College of Arts students across our Theatre & Screen courses have collaborated on a Baroque-inspired set design project that was recently displayed at the Undergraduate Summer Show.

The idea at the very beginning was to create a collaborative piece that involved students from all of the undergraduate Theatre & Screen courses here. Everyone is so talented so I thought to get the best outcome I should try to include as many artists as possible. The Technical Arts & Special Effects students can create things that I could never make, as well as the Costume and Theatre Design students. Although some collaboration goes on across the courses, I had never really seen a collaborative project of this scale. I focused on Theatre & Screen students because I wanted to make a film in the end and these people are trained to work in that medium. I wanted to bring them all together to create one epic set where everyone’s work is shown in context, everyone gets a show reel at the end of it and everyone gets to bring their own thoughts to the table. 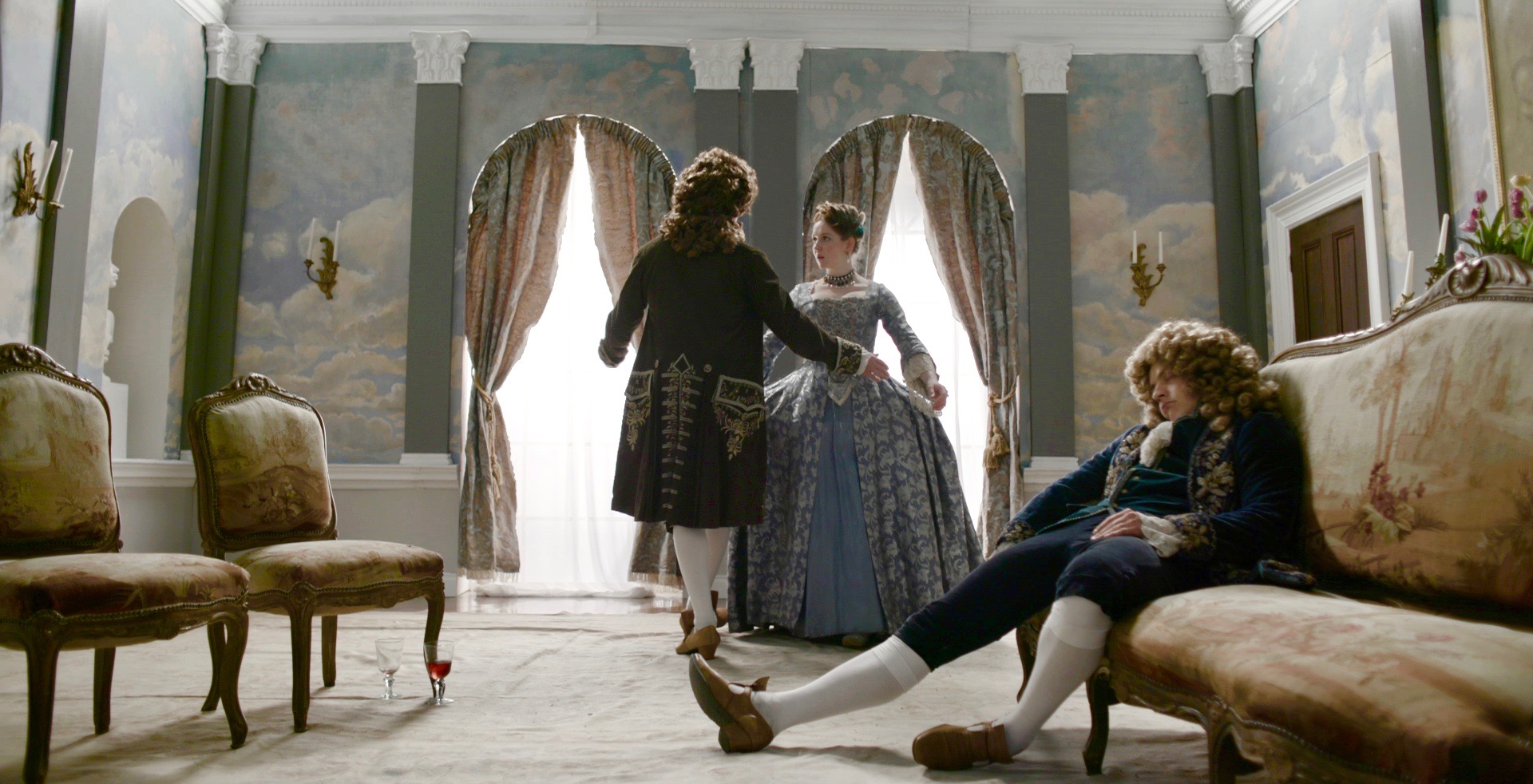 Can you talk about the film that was shot in the set?

To make the film happen I got in touch with LAMDA who I have worked with before, and they are the ones who really made it possible for it to be a film. I convinced them that it was a good idea! The film concept was basically built on World Building Theory. World Building Theory was invented by a guy called Alexander McDowell, who worked on films like Fight Club, and his theory is a sort of graph that is a clear and concise breakdown of an entire fictional universe. I used this idea of World Building Theory on the Baroque period, which I felt was the time period that really allowed people to stretch their talents. There were dynamic and interesting rooms with sculpture, lots of complicated painting and complicated clothing. It was hard to make for but we all managed it in the end! I used World Building Theory to make sure that, as a team, we didn’t miss anything. It makes you think in a lateral manner.

The set is designed to fit into the Archive Room here on campus exactly, but we made the film in a neighbouring school. I had to find a studio to fit it all in and the school had a big hall that they let us use over their school holidays. The entire shoot was five days: one day of building, three days of filming and one day of packing down.

The script was written by Sasha Hails, who has written episodes of Versailles the TV series. Another thing that was unusual about this project was that the set came first, then the director and script-writer came into it and responded to this world we had built. That’s sort is called of the idea behind World Building Theory; you build the world first and then you set a story in it. The story is called ‘Tis a Pity She’s Not Yours’. There’s a character called Louis who is in love with his sister Kate, Kate is in love with Richard who is their cousin and Louis used to be with Margarete, Kate’s handmaiden, and promised to marry her but he didn’t which is terrible because she had a child by him. And then Thomas is Louis’ hand servant who is in love with Louis. So throughout the whole film, the tension is building and building because of all of these unrequited love stories. I’m not going to tell you what happens in the end! The film cane out on 22 June in cinemas. It goes for 20 minutes, so it’s short and very intense. 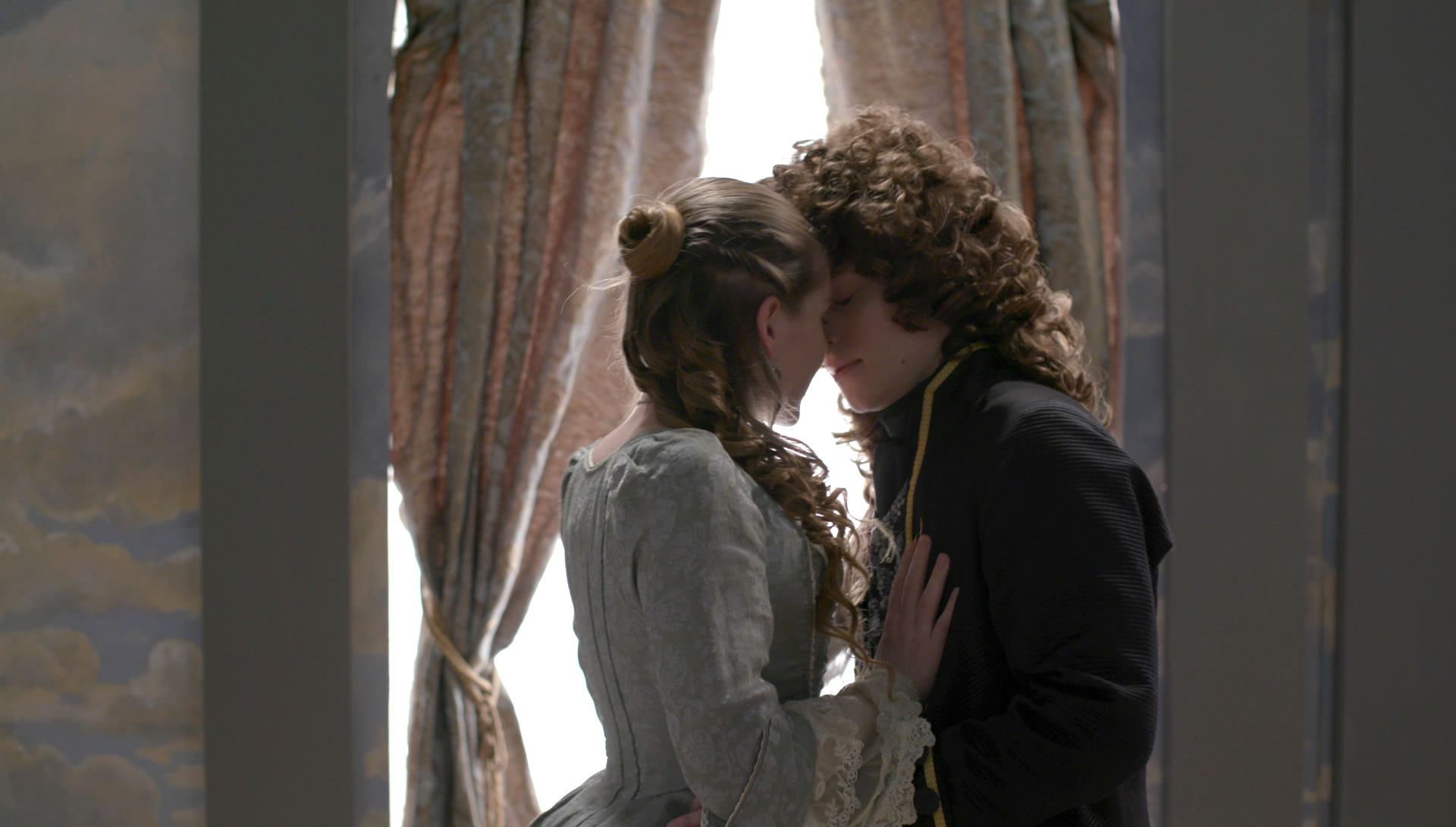 Why did you choose to make your set in the style of the Baroque period?

I have a personal affiliation with classical architecture. I just enjoy it a lot and find it really interesting to work with. I also had to think about what the students from other courses do, so on Technical Arts & Special Effects the students usually make some kind of classical sculpture during their degree, which could easily fit into a Baroque set. Then in terms of costumes, you think about the sorts of works the Costume Design and Costume Interpretation students are making and they are usually very complex, intricate period garments, which are also typical of the Baroque period. We were sponsored by Farley Prop House, Rubelli, who are a fabric company and Little Green, who are a paint company. They’re the ones who made this all possible and saved me a huge amount of money.

I did try to get all Theatre & Screen courses involved, but I didn’t end up being able to find someone from BA Theatre Design to assist, although that would’ve been useful for set decoration. I ended up working with Lydia Smith from Technical Arts & Special Effects, Rebecca Roberts from Costume Interpretation and Chloe Stevens from Costume Design, and they were really amazing. My team was also backed up by a lot of people from Set Design for Screen who helped to construct it and put it all together.

What have you enjoyed most about studying Set Design for Screen?

I would say the flexibility. I can’t think of any other course at any other university that would let a project of this scale happen. This project put a strain on every department, so hats off to all the departments and to the course staff who encouraged me to try and do this. I don’t think this could happen anywhere else.

The course prepared me really well to take on a project of this size. It wasn’t until my second year that I realised there were other people at this university who were fantastically talented, far more so than myself, and those are the people I was trying to bring together. It’s a great environment for collaboration.

What did you find the most challenging?

I think the most challenging thing was that because it wasn’t just a solo project, other people were relying on me, especially the actors . They are final year BA Acting students from LAMDA and they get marked on this as well. If I hadn’t finished the set then they would have lost a huge chunk of their degree work. It was a good motivator though in a sense, because I always knew that it just had to happen, I had to do whatever it took and there was no way around it.

What do you want to do after you graduate?

Working in production design on a film, almost any kind of film, is where I would want to be.

Find out more about Rufus and his work by visiting his website.