Final year Technical Arts and Special Effects student Phoebe Johnson tells us about her final piece for the Summer Show and her love of production in film.

When searching for universities in my sixth form I came across BA Technical Arts and Special Effects. The course stood out to me as it was unlike any other course I had come across and I was amazed by the work that was being produced in the degree shows. I knew immediately that it was the perfect course for me and I applied to it with the intention of working in the film industry.

Please tell us about your final piece for the summer show:

My final year project is exploring the portrayal of humanoid robots in film and television. I was inspired by films such as ‘Metropolis’ (Lang, 1927), ‘Terminator’ (Cameron, 1985) and ‘Ghost in the Shell’ (Sanders, 2017).

The concept of my piece came from my desire to use as many materials and processes as I could and to also learn as much as I could during my final year. These materials include; clay, silicone, resin, wax, jesmonite, human hair, wood and metal. Some of the processes I used included; sculpting, moulding, casting, fabrication, hair insertion, painting, woodwork and metalwork.

As I was working with wood and metal, I utilised the wood and metal workshops for this project and also had the assistance of the technicians in order to produce my work. I also could not have produced this project without the help of our technician, Martin Hanson, who has been a great help to me and all my classmates during every stage of the making process.

This final project is my favourite piece of work. It was the first project we did that was entirely our own idea, and for me, it represents everything I have learned over the past three years. 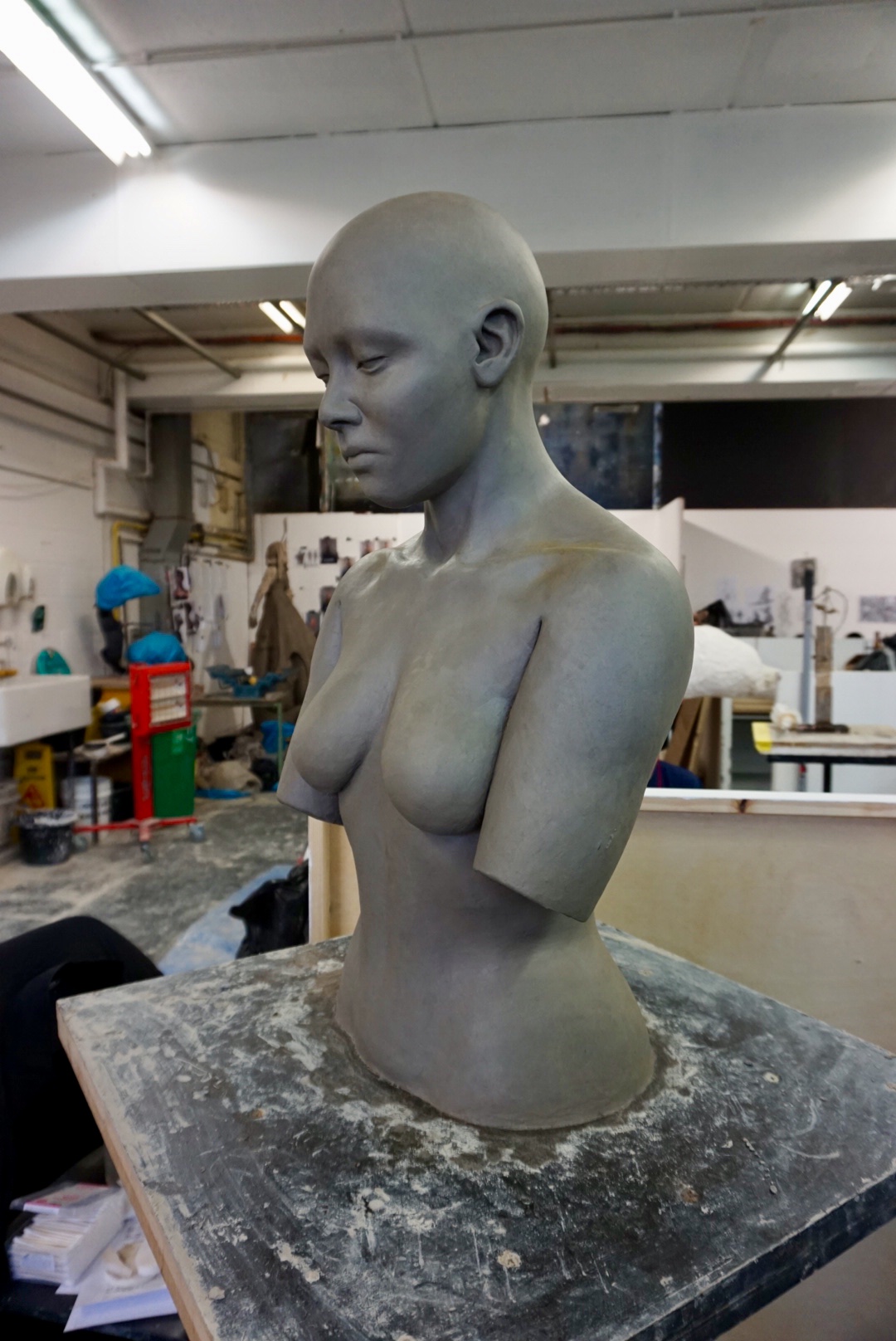 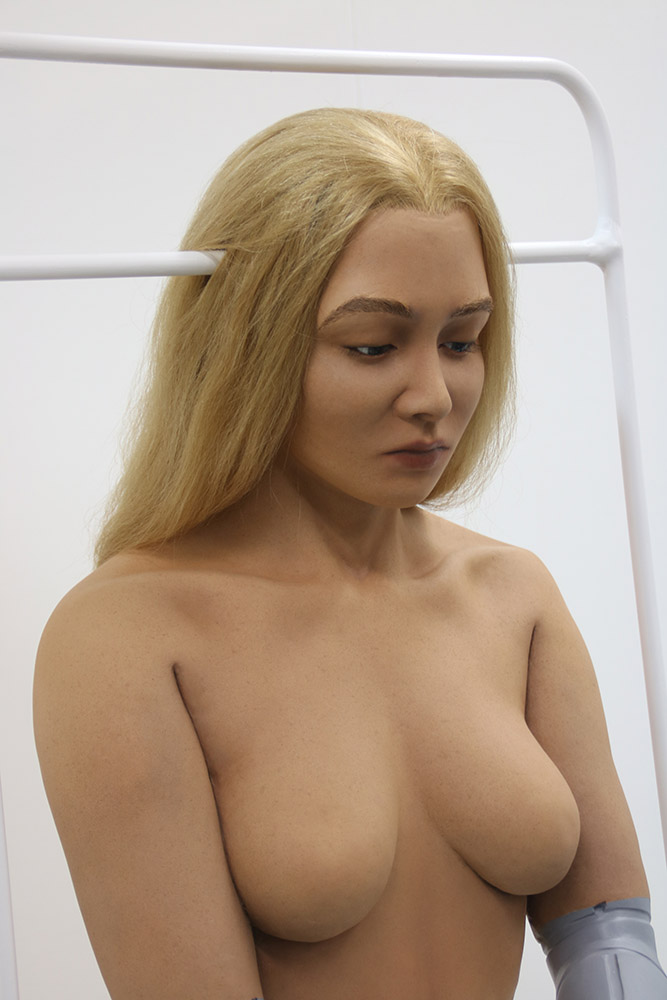 A close-up of Phoebe’s final project on display

I initially wanted to work in the film industry, however while on the course I have learnt so much about the potential job opportunities available to me that I am now planning on trying as many different jobs as I can in order to continue learning and improving my skills.

There are many pieces of work in the show that I believe are must-see pieces. Having been working in the studio alongside my classmates and seeing how much time and effort has been put into these projects, I am excited to see everyone’s finished pieces in the exhibition. 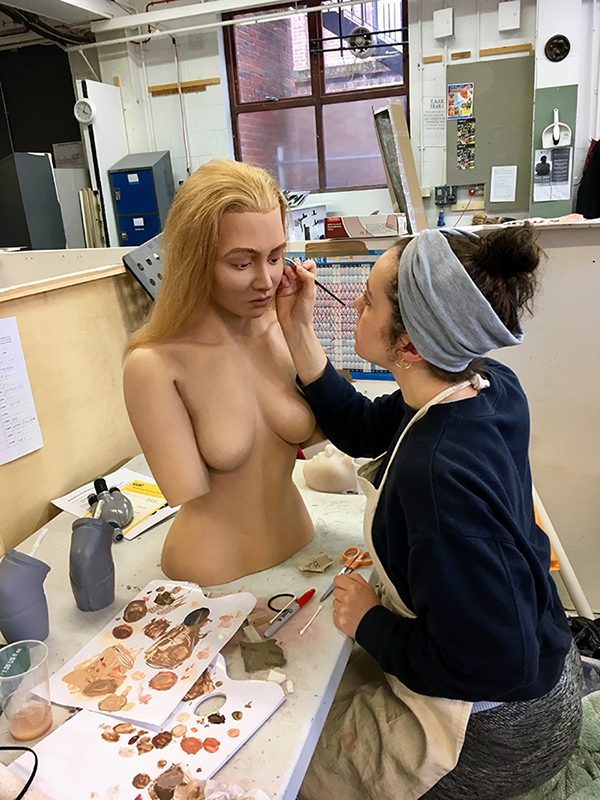 Phoebe working on her final piece 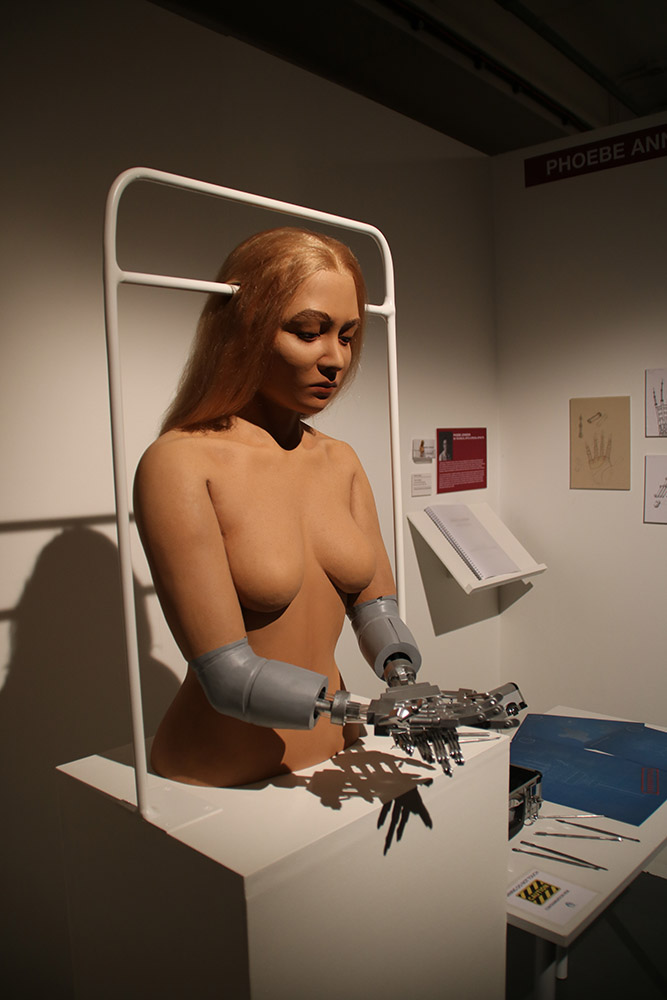 Do you have any advice for future students considering your course?

For any students that are considering applying to this course, my advice would be to use all the facilities available and try to be in your studio working as much as possible in order to get the most out of the course.