MFA Fine Art 2010 graduate Chris Agnew will have a solo booth at this year’s London Art Fair, running from 18 – 22 January 2017 at the Business Design Centre in Islington.

We interviewed Chris to find out more about his upcoming show, his signature icon panel etching work and the differences in being an artist in London and Romania, where he has lived for the past five years.

Can you tell us about your upcoming show at London Art Fair?

I made the decision with my gallery, Kristin Hjellegjerde Gallery, to treat the space as I would a solo show with a really strong focus. This new series of drawings, ‘Ba da, Dodă’ takes Constantin Brancuși’s modernist sculpture, the ‘Infinity Column’ and plays it out as a socialist apartment block. I’m interested in how abstract ideological forms or structures are manifest in the physical world around us. The apartment blocks that still dominate the Romanian landscape, where I’ve been for the last five years, stand as a symbol of the country’s communist past, but I ask the question: what if a population was to inhabit another ideological form?

The column reveals some surprising interventions: apartments in all states of dilapidation and renovation, monolithic black stones, flags ravaged by the wind – all alluding to the mysticism that grows out of the cracks of rigid ideology.

‘Ba da, Dodă’ translates roughly as ‘of course, dear sister’. Dodă, Dodă was a popular Romanian folk song famously recorded by the singer Maria Tanase, whom Brancuși was alleged to maybe have been in love with. The song is about finding new company in a new place, and being willing to make a sacrifice in order to stay there regardless of whether it’s ‘good’ for you or not.

The booth will also feature a floor etching – a charred parquet floor inlaid with brass, reflecting the shard motif that I’ve used in my works for a few years now. This will be the first occasion on which I’ve brought together various strands of my output; my background in interior design and furniture restoration in Romania, scenography for TV in England, and my Icon Panel Etchings. 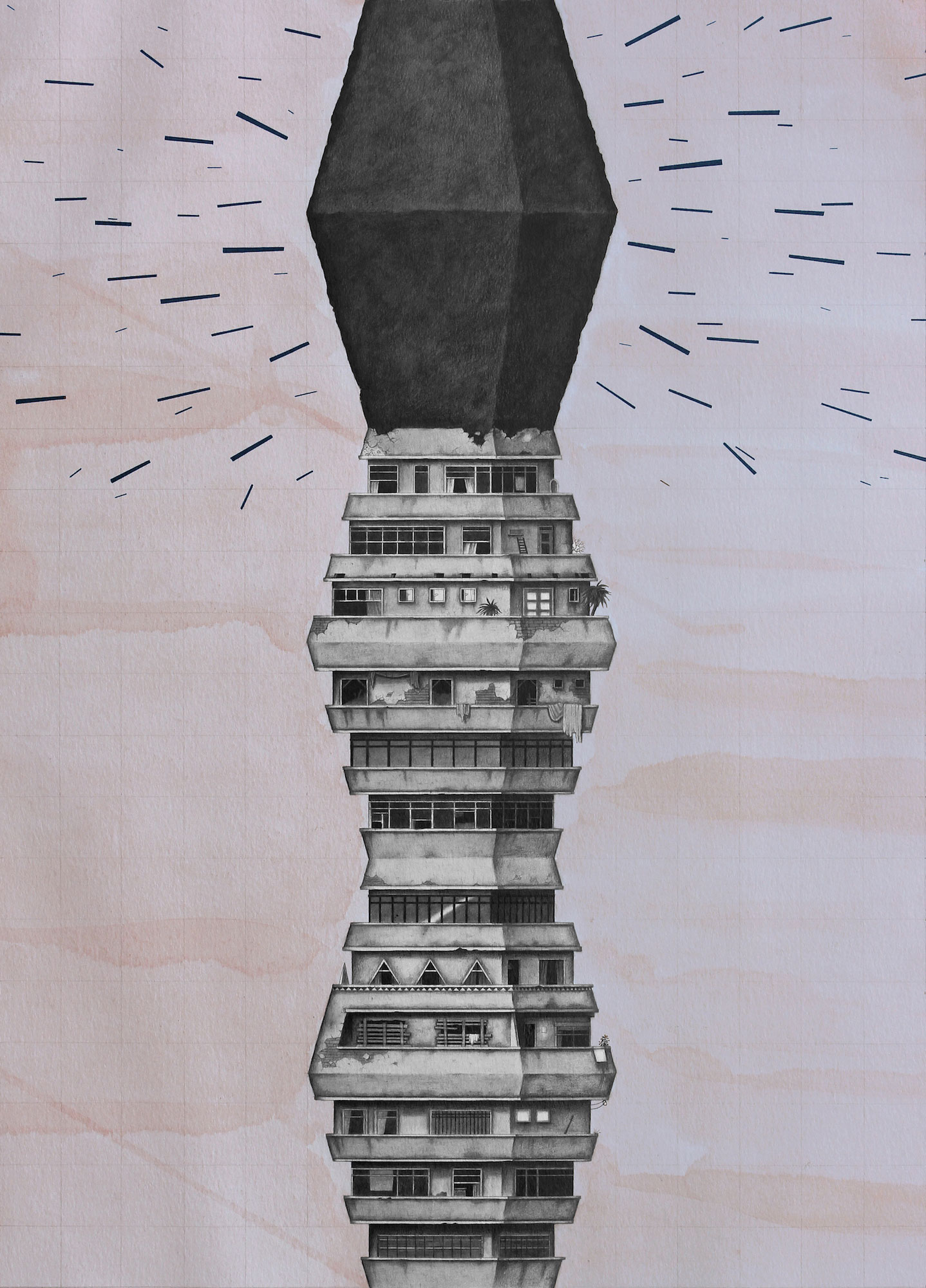 What’s it like living and working as an artist in Romania? What are some of the differences between the art scene there and in London?

Before I left London, I was working full-time in a gallery whilst renting a studio in a big warehouse near Bermondsey, and despite having had a great year of shows and awards, the atmosphere weighed heavily. I moved to Bucharest, and the clouds lifted. There were no expectations of work I should be producing, I could just work, and really forge my own path. The friction between the two cities produces a great creativity. The art scene in Bucharest is arguably not as developed as in the city of Cluj, where Romanian painters like Adrian Ghenie studied, but in the five years I’ve lived there I’ve observed how it’s really grown. It is a place where the unexpected is still unexpected, whereas in London I can’t help feeling like the unexpected is now expected. There are some galleries doing some really interesting things in Bucharest, like Zorzini Gallery, which takes some great young emerging artists to fairs all over Europe.

If London continues to make it harder for artists, musicians, writers to live and work in the city, then there we’re going to see more of them leaving for other European cities.

Can you describe your artistic practice? How has it  changed and developed since graduating?

Put simply, my work considers how ideology takes form and operates in the world around us, through art, architecture, literature, conspiracy theories etc. I normally find a subject to fixate on and obsess over, researching every last nook and cranny, scraping back the layers, and building it back up to tell the story I want to tell. I take an idea for a walk and see if it’s got legs. Sometimes it can take me years to get started on a particular project until I feel like the time is right.

My work normally takes the form of highly detailed drawings, and my signature technique of icon panel etchings; I engrave directly into the surface of gesso panels traditionally used for orthodox icon paintings, and apply a layer of black oil paint, wiping off the remainder as you would with an etching plate, in order to reveal the image underneath. With some of the works, I make colourful interventions on the surface and watch as some sort of conversation takes place.

Since graduating my work has found a conceptual and material consistency whilst simultaneously being open to embracing other areas of interest, such as film, interior design, and writing. 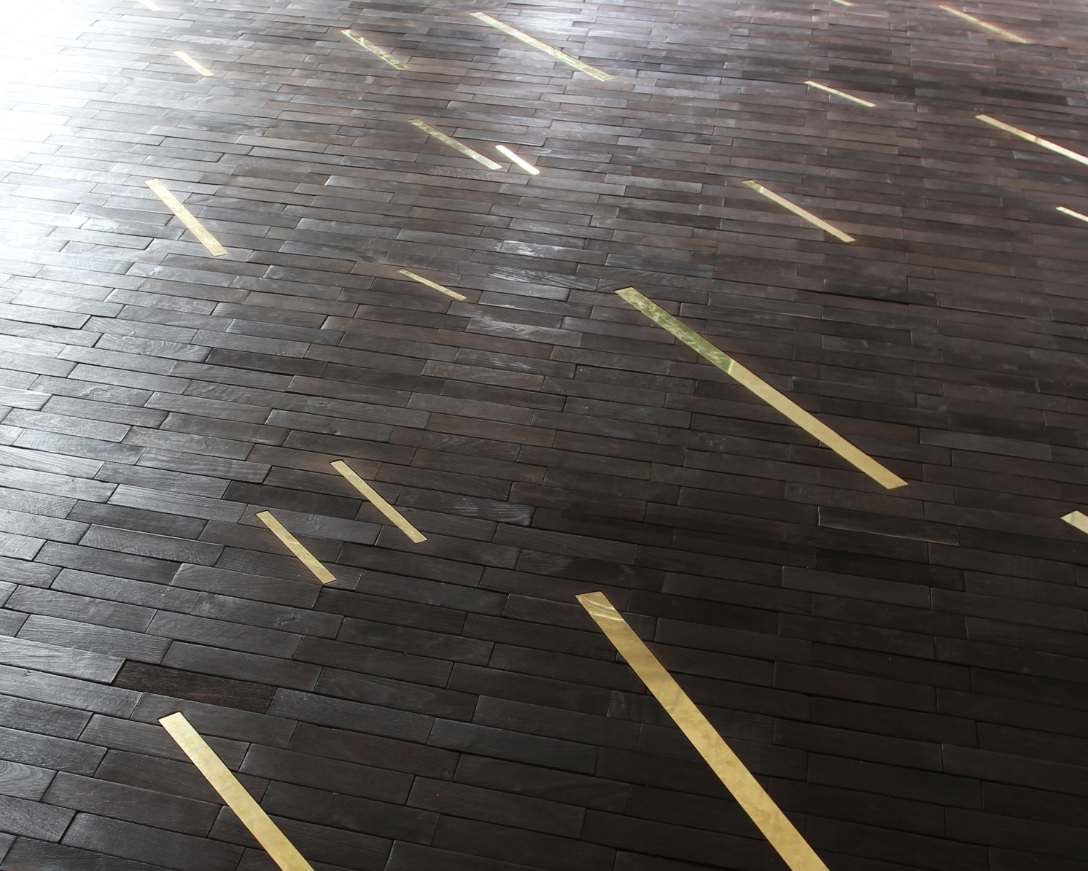 What would you say have been your most notable achievements since graduating from the MFA Fine Art?

Having my work acquired by collections like the V&A and the Hearst Corporation have been great milestones, but building a strong relationship with my gallery has been such a great ride. Not just for professional reasons but also because there is a great family of artists and writers connected to the gallery, and we all support and feed off each other (metaphorically and literally). When you finish a degree, establishing a creative network can be quite difficult, especially if you are trying to nurture those relationships from 2000 miles away.

What did you enjoy most about studying the MFA Fine Art at Wimbledon?

The people. I was encouraged to push my practice in so many different directions, not just by the tutors but by my friends in the studio. I ended up trying to see how far down the rabbit-hole went on many occasions. For example, for my final project ‘The view from the end’, I started researching apocalypse theories as 2012 was approaching. I started using online forums used by apocalypse fanatics, joining in on various discussions.

I ended up striking up a conversation with a Canadian Archaeoastronomer who believed that he had found a 150ft carving of the Mayan Sun God on a remote island 600km off the coast of Chile. He calculated that from that position, one would be able to witness the solar eclipse that would signal the end of the Mayan Calendar, which many associated with the end of the world. He invited me to travel to the island with him to witness the eclipse, and this is what I based my final project on. Everyone was telling me that I was mad, but that I should see where the story led me, so that’s what I did. 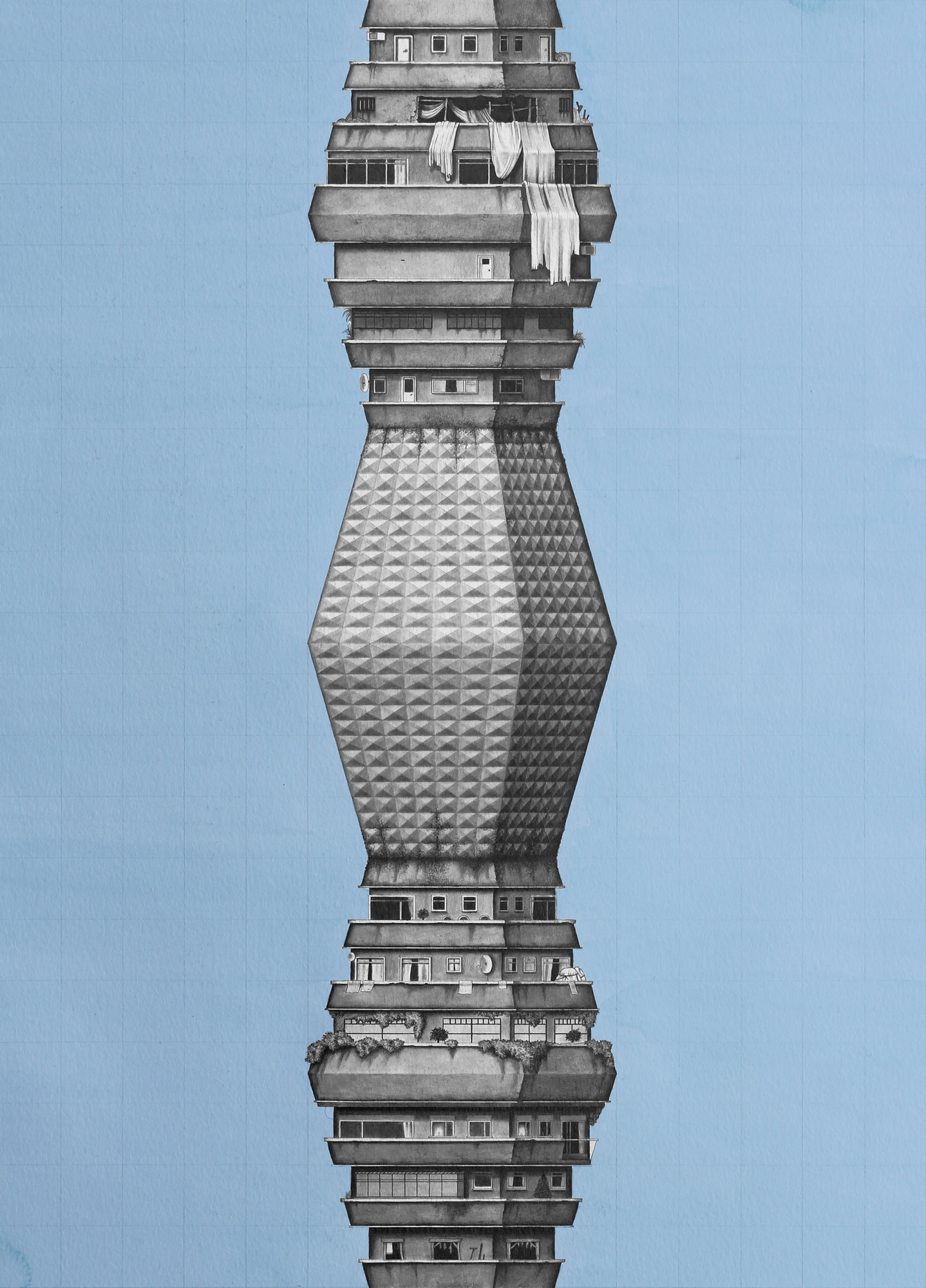 What else do you have coming up?

I have work in a big group show called ‘Everything Exists Now’, which opened on 7 January at Kristin Hjellegjerde Gallery. I’m also starting a residency in the spring of this year with Casa Jurnalistului in Bucharest, a house of independent journalists which investigates various social issues in Eastern Europe. I bought an antique writing desk at a flea market in Bucharest some years ago, and the guy who sold it to me said that the key had been snapped off in the lock, and whatever was inside I could keep. It contained letters, official documents, photos etc, all from the same family from between 1919 and 1985 – the latter just a few years before the revolution. The contents document all the trials and tribulations of the family during that whole period of massive change. I’ve already made contact with a member of the family, and working with Casa Jurnalistului, we’re going to see how far the rabbit-hole goes.

Chris Agnew’s solo booth will be at the London Art Fair from 18 – 22 January. Find out more about Chris and his work by visiting his website and following him on Instagram.