This week is your last opportunity to visit the Generation Exchange exhibition at Wimbledon Space. Part of the gallery’s new approach to exhibition programming, this marks the last in the series of three major shows, all of which respond to the theme of community.

Produced by collaborative partnership Barbaresi & Round, the Generation Exchange is an exhibition developed from an innovative, collaborative process that brings together members of Merton Age UK and second year BA Fine Art: Painting students from Wimbledon College of Arts. In April, we spoke to one half of the duo, Suzy Round, about the project before the exhibition opened and she told us about the preparation process. 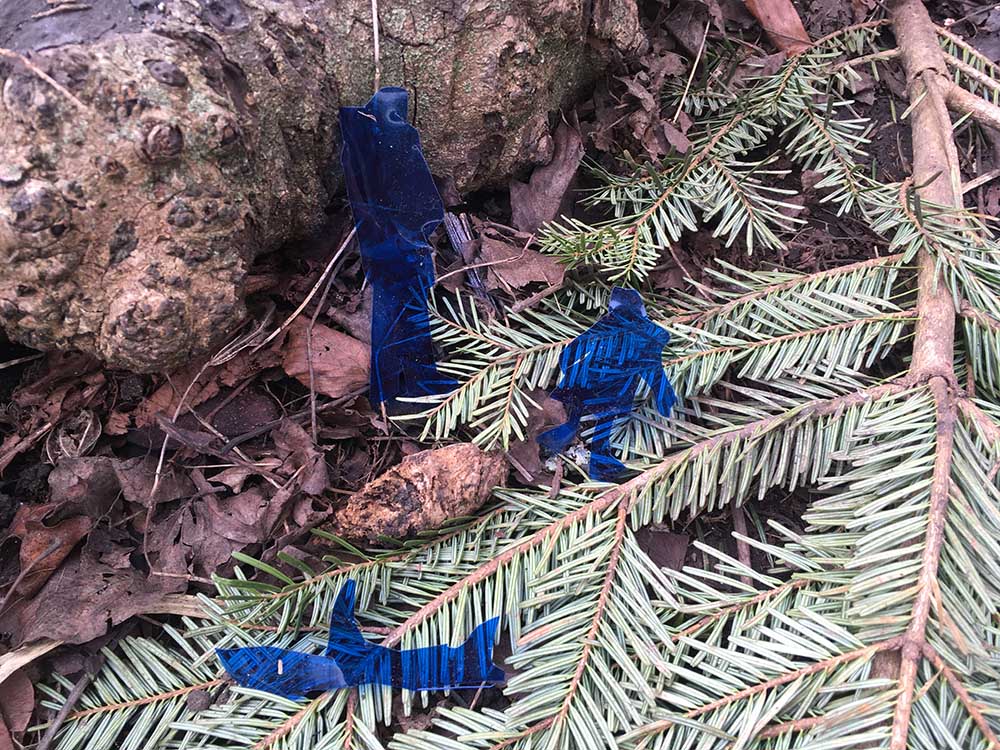 Barbaresi & Round have collaborated since 2005, exploring aspects of spaces, places and their relation to identity. Having met while both studied their undergraduate degrees at the Slade, they stayed in touch afterwards, sometimes exhibiting their work together. The dialogue between their practices eventually led to a project about the housing development of Thamesmead in south-east London. “We decided to make work together for that show – work that was designed to work closely together – and that was when our collaboration started.” Suzy explained.

“Our work has always had a relationship to place and to architecture, often from the 1960s and 1970s. I think the idea of working with people and the idea of place are closely linked. In fact, I think it’s quite patronising to make work about a place without involving people who are connected with it.”

Indeed, the Generation Exchange is not the first time they will have worked with older people. In 2007, the pair took part in a show at Transition Gallery entitled E8 The Heart of Hackney for which they worked with older people who lived in the area. “We worked with residents who shared their memories and experiences of post-war housing in the area. But for that project they were involved more in the research side of the work – we interviewed them and they shared images and photographs but then we made work based on things they had talked about.”

The Generation Exchange will be very different in this respect: “We are directly working with students and senior citizens this time, actually making work with them in the studio, so it’s quite a shift.” The students’ participation was organised by Suzy as part of her role as Senior Lecturer on BA Fine Art: Painting at Wimbledon. Students on stage two of the course responded to a call out to take part, and those involved will get a credit towards one of their units. In all, five students are taking part in the project. 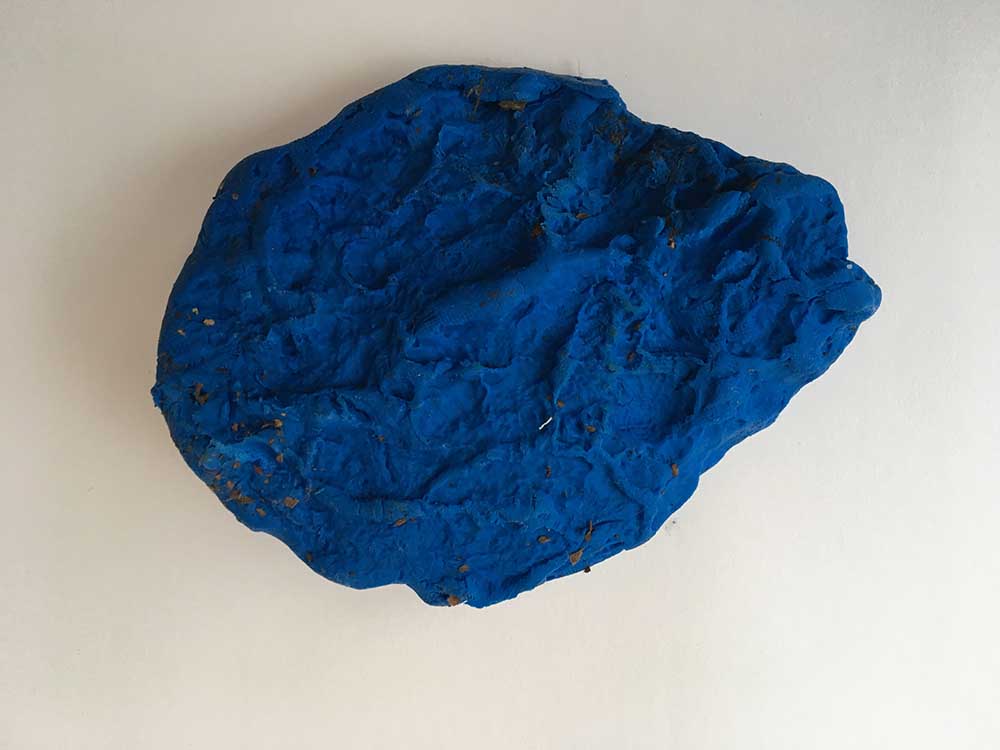 But managing the relationship between the participants was one of the first concerns of the project. “The way the students and senior citizens encountered each other for the first time was always going to be really important” Suzy confirmed. “The relationships that were set up in that first meeting would impact the whole project, so it was essential to get it right.”

The first meeting took place at the Age UK centre in Merton. The students visited at a time when the senior citizens were taking part in an art class. “I hadn’t planned this but when we arrived, the Age UK members were doing some… drawings. The students just naturally sat amongst them and joined in! I thought that was great.” Later, Suzy introduced the project and the students presented their own work to the senior citizens, but a bond had already been established.

“We’re asking the senior citizens to make quite a leap” continued Suzy. “It was nice that the students met them in a familiar place as it helped to build a sense of trust and to break down perceived barriers. A lot of older people don’t necessarily think of contemporary art as being a natural place for them, so it was important to make them feel as comfortable as possible. The students seemed to just take it all in their stride – they really enjoyed it.”

Since the initial meeting, there have been further opportunities for the students and older people to work together including a day in the garden at the Age UK centre for those who are less mobile, and a visit to nearby Morden Hall Park where the river Wandle runs through. “We gathered objects, made drawings. Students responded to drawings one of the senior citizens had done by making tracings and notes of memories.” 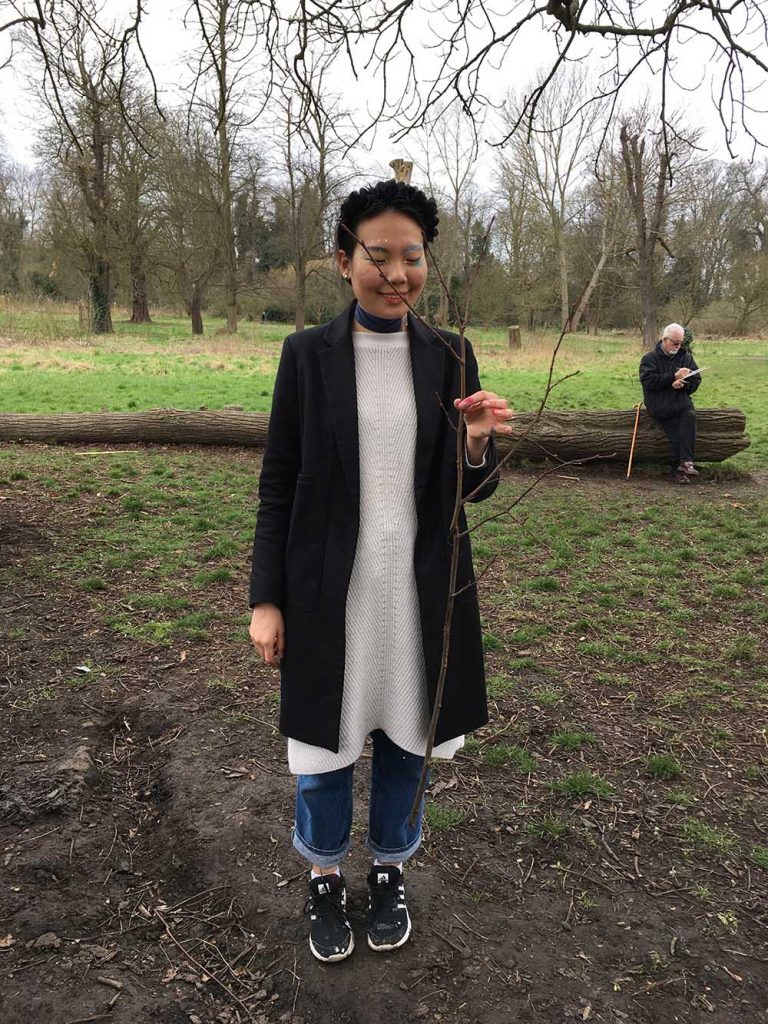 As well as helping to establish ways in which the students and senior citizens can work together, some of these outcomes will find their way into the final exhibition. “All the materials we’ve made or gathered during these preparatory activities will act as a collective source material and starting point for the show” Suzy explained. “We are building a structure on which they will be displayed that will function as an archive. That’s what you will see when you walk into the space, but anything else that might be made or constructed during the exhibition itself is up for negotiation!”
“Having spoken to the students about this, I think we’d actually like to make one piece of work during the exhibition that is a collaboration for the whole group. It’s a large gallery space so there is a lot of potential – but it’s also quite a big challenge. It’s quite experimental and risky in that we don’t know what the final exhibition is going to look like at this point in time. But that idea of risk is part of the concept, even part of the point of the show, I think.” During the exhibition run the space will act as a working studio for all of the project’s participants and will also be host to several events, including a social event for the senior citizens, their friends and families.

Suzy hopes that this project will represent a mode of participatory practice whereby each of the participants plays a leading and active creative role. “Older people have a lot that they can contribute, but that’s not always valued” she said. “They tend to not be particularly included in situations for contemporary art. I think it will be interesting to follow the outcomes of this project if we can, and think about the long-term impact on the senior citizens who have taken part.” 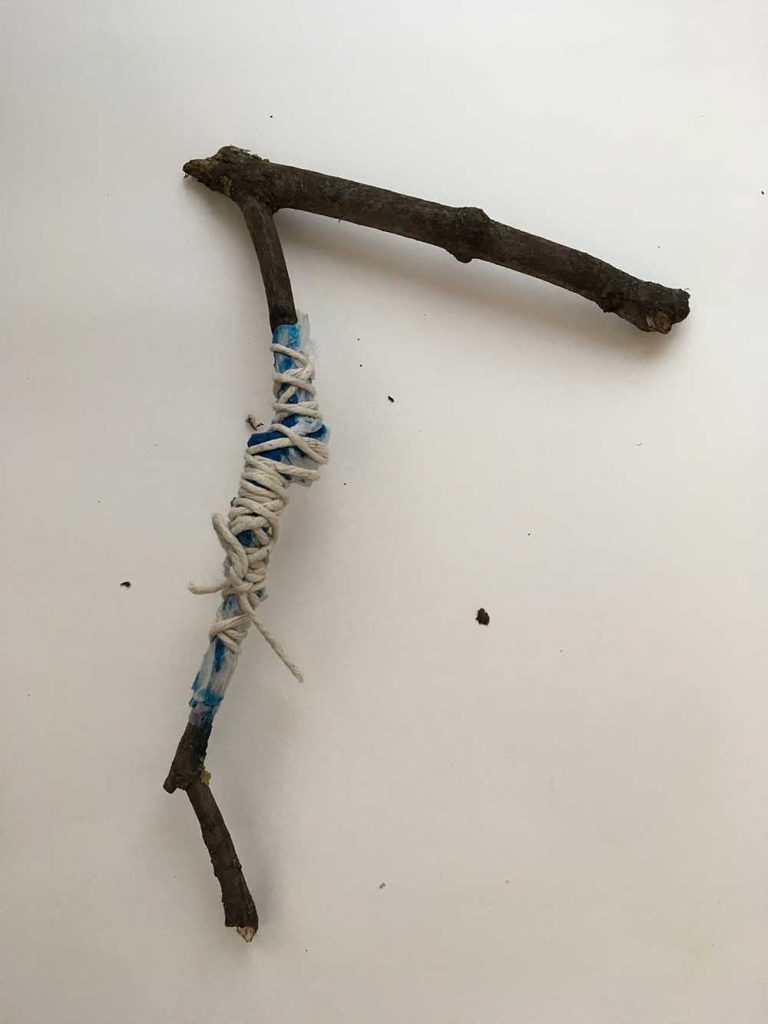 In terms of the ways in which the project might impact the students’ practices, Suzy is slightly more certain. “For the student participants, this project comes at a key point in their degree. For many it will be their first introduction to making socially-engaged work and to the concept of participatory practice, which I hope will be inspiring for them. Coming from a practice rooted in painting, while also working in other ways, I’m really interested in the relationship between painting practices and participatory work. Within the BA Painting course at Wimbledon at the moment we’re developing and supporting the idea of social learning between students and this fits in really well with that.”

“As a practitioner, I’m obsessed with exploring the idea of how people can make work directly together. It seems quite impossible, in a way, but then I’m interested in what comes out of that impossibility, and how people overcome the barriers they meet. Of course, I also work within a collaboration and that has been a very rich thing for me. Working as Barbaresi & Round means I have had to let go of the idea of individual authorship, but letting go of that idea can open up your practice to lots of other things and that’s very exciting. But having said that, it’s also helpful to approach collaboration and participation from a perspective of knowing what your individual interests are, knowing that’s what you’re bringing to the project.”
The Generation Exchange runs until 19 May at Wimbledon Space For more information see the event page.

Find out more about BA Painting at Wimbledon on the course page.