Daiwen Chen, a third year BA Costume Design student from Beijing, China answered our student profile questions in readiness for her upcoming Summer Show this week. Read below to find out more about Daiwen and to see her beautiful creations.

I studied textiles and 3D design for my A-levels, when I began to have an interest in theatre and costume. I went to several degree shows at different colleges across UAL and found that the Costume Design course at Wimbledon was my favourit,e as it shows a variety of different genres for different types of performance.

The thing I love about theatre and screen is there are infinite possibilities within every text and script, millions of different worlds could be created out of one story. I usually create my world and characters based on key details from the scripts, then visualise them through collages. My designs usually develop further by combining collages and textile experiments, sometimes also influenced by talking to my peers. 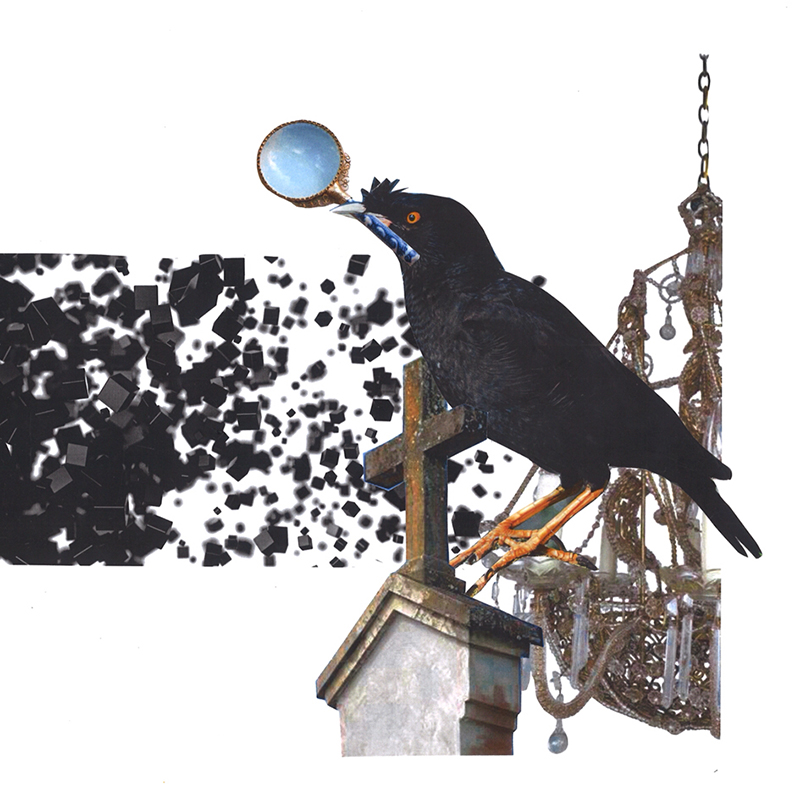 A large part of my final piece costume was done in the costume dye room. Jess from the dye room gave me a lot suggestions on how to create the prints on my costume. I also had technical support from Hester and Coralline in costume studio, which was very helpful through the making process. 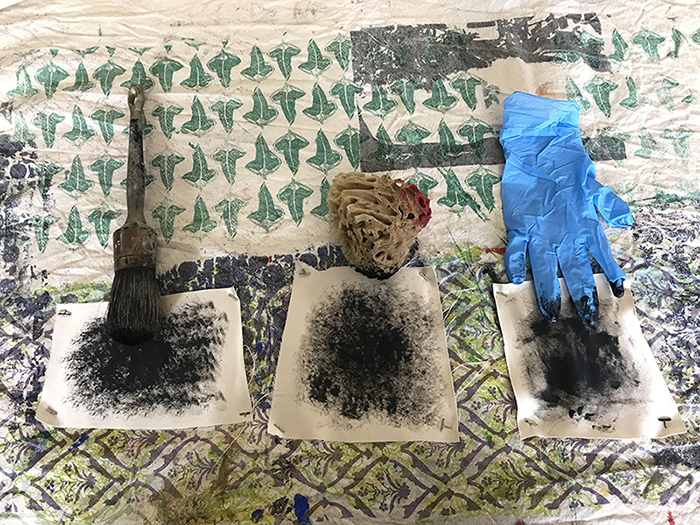 Work in the Dye-room on Lady Macbeth costume

I am going back to China and planning to start my career as a costume designer there. Theatre in China is becoming more and more popular now and I would like to help build a better future for the costume industry. 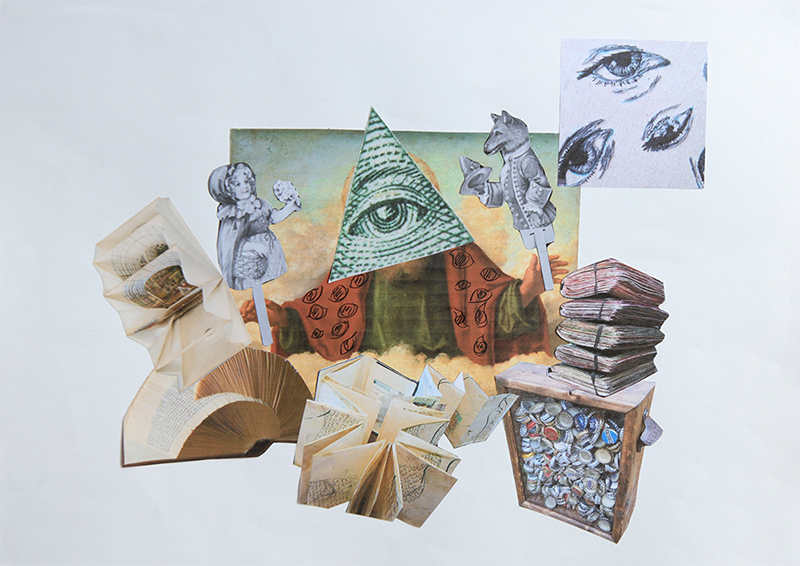 The Witch in ‘Macbeth’ 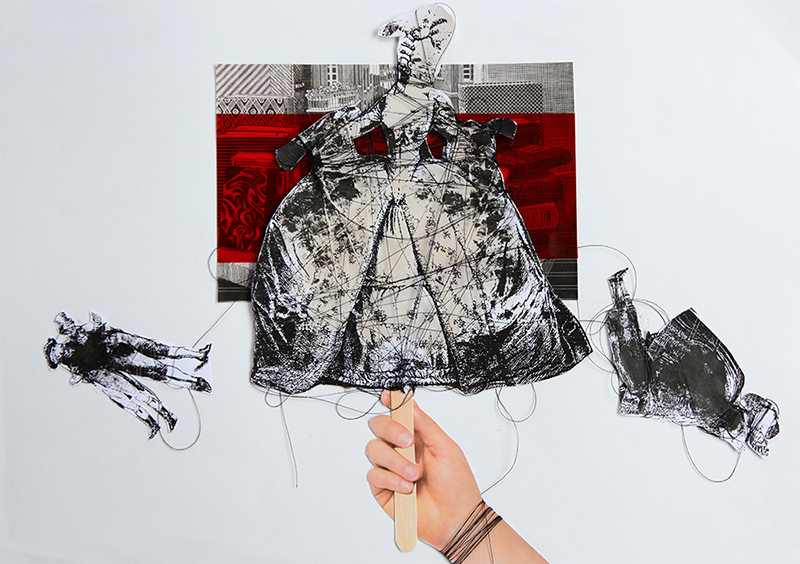 My favourite work completed at Wimbledon is the finished costume from my Shakespeare project. Inspired by the 18th century illustration books, this project is based on the idea of the Witch (in Shakespeare’s ‘Macbeth’) rewriting the story of Macbeth. All other characters, including my chosen character Lady Macbeth, are portrayed as illustrations, manipulated by the Witch and eventually taken as paper puppets. I had a lot of fun making the costume and playing with the textures in order to create the 2D look of the costume. 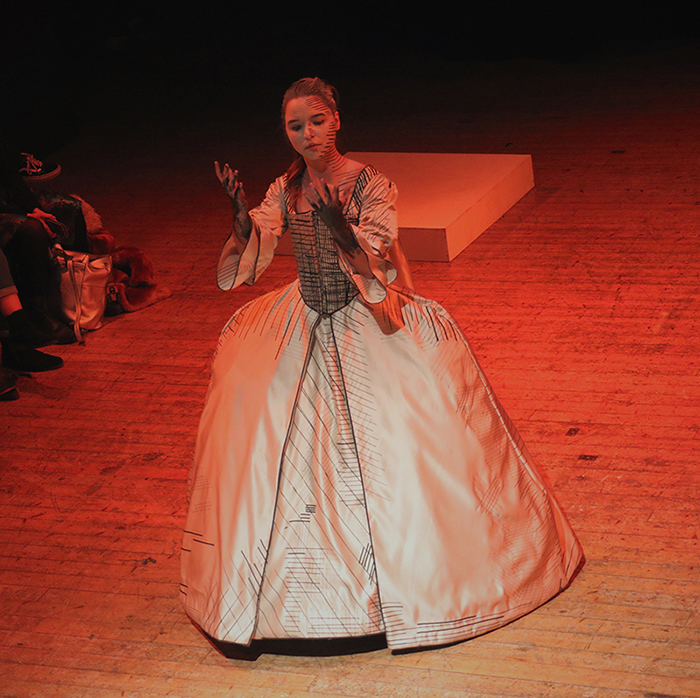 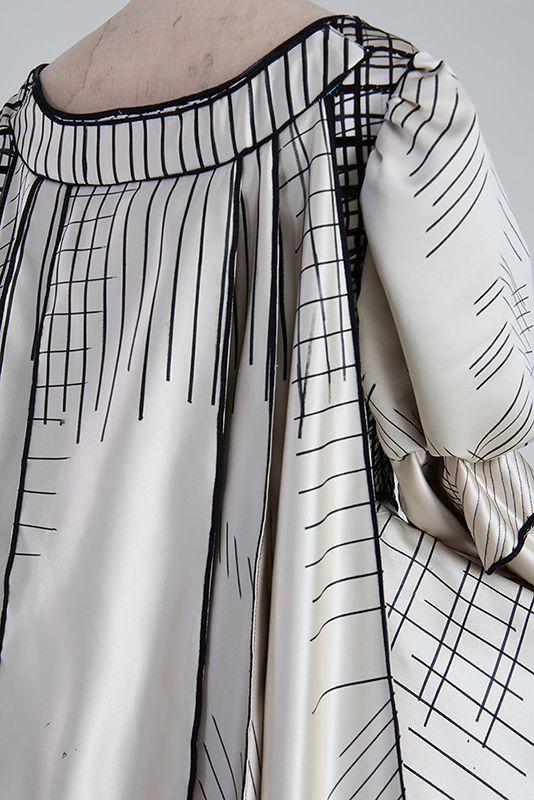 Detail of the back of Lady Macbeth’s costume

Please tell us what your work placement was?

I worked at the Almeida Theatre in my second year as a wardrobe assistant for the piece ‘The Treatment’. It was my first job in the theatre industry and it helped me to understand better how each department in theatre functions and how they work together.

Do you have a favourite place in Wimbledon College of Arts, the Wimbledon local area, or in London that you have enjoyed going to throughout your three years? Please state where and why:

My favourite place at Wimbledon is the canteen as it is the place everyone goes. We can meet people from different courses here and use it as a resting space when we want a break from our studio work. It is a comfortable space for people to talk and share iedas, which I think is more than important in a creative environment like Wimbledon. 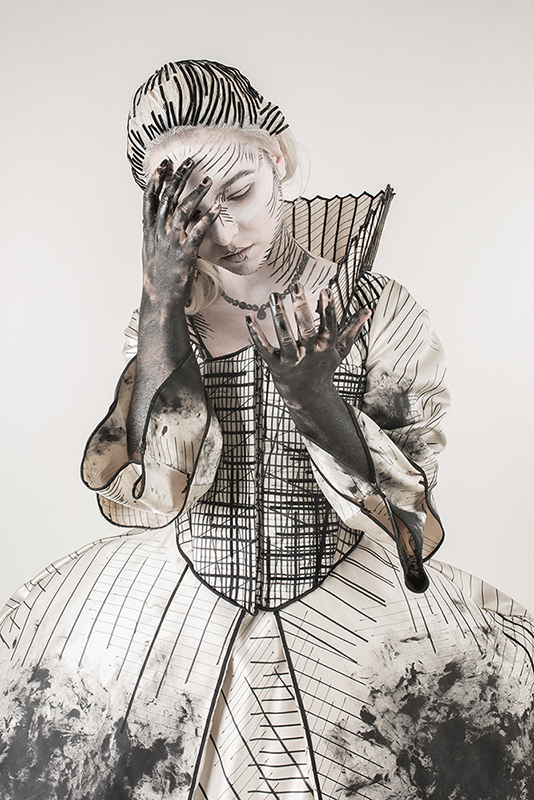