Foundation Diploma in Art and Design students at Camberwell are introduced to the Art, Communication and Design pathways before choosing one specialist option. London-born Beth Dunne is one of the students on the Painting pathway and for her latest work she has created a series of characters to express what she calls, “categorisation for convenience”.

Here, we talked to her about her time at college and what inspires her work.

Please tell us about your current work:

I’ve been making up characters and acting them out through films, dance, photos and writing. At the moment I’m working on four characters for my series titled Bio, each one a kind of ridiculous exaggeration of a female stereotype on social media. I think that in the world of literature, film, Instagram or anything that involves a woman being portrayed to an audience through a medium as opposed to real life, woman are separated into categories to make us easier to digest. We can either be a hard working mother, a free spirit, a virgin or a slut.

My current work plays with this idea of categorisation for convenience, by pushing it to the extremes and, in a warped way, giving the people what they want. In Bio, each character has their own monologue which is edited together with a film of them, alongside somewhat intimately gruesome photographs. 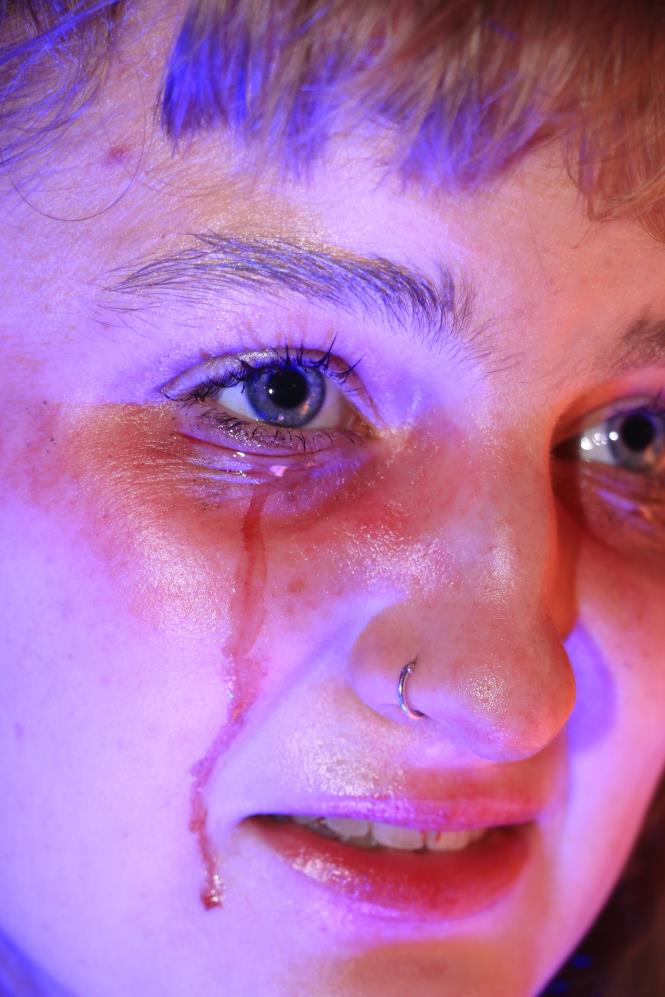 Tell us about  your creative process:

I try to experiment with physical materials despite a lot of my work being digital, having worked with collages, plasticine sculptures and painting this year. I’ll normally do a few drawings or collages before a shoot to get an idea of the atmosphere and personality I want to put together. When creating a set for my photos, I have a very DIY approach: shooting mostly in my room in my flat or at home, using household coloured lamps to create lighting effects, designing and painting my makeup, buying props from charity shops or pound stores.

Recently I’ve had to make shutters for my windows out of taped-together cardboard boxes because too much light was getting in! I like to shoot alone, using an app on my phone that connects to my camera, and when nobody’s around so I don’t get disturbed or distracted.

Do you have a favourite piece of work made during the Foundation course?

I like the photo below because it represents the point in my Foundation year where my work shifted from something I was used to doing, to something I had never done before. It is from my first project in the Painting pathway, #harrystylespleasenoticeme, and it makes me think of a tutorial I had with pathway leader Laurence Noga, where he told me that what I was originally planning to do was a bit A-level.

Having dropped out of A-levels I took this as a bad sign and completely stopped what I was doing in order to push myself into a brand new area of art-performance. Since then I have been immersing myself in my work so much more and no longer think of my projects just as something I am doing, but something I am living. Both Laurence Noga and David Batchelor have been incredibly helpful and enthusiastic about the direction my work has taken and have kept me expanding my practice and confidence within it. 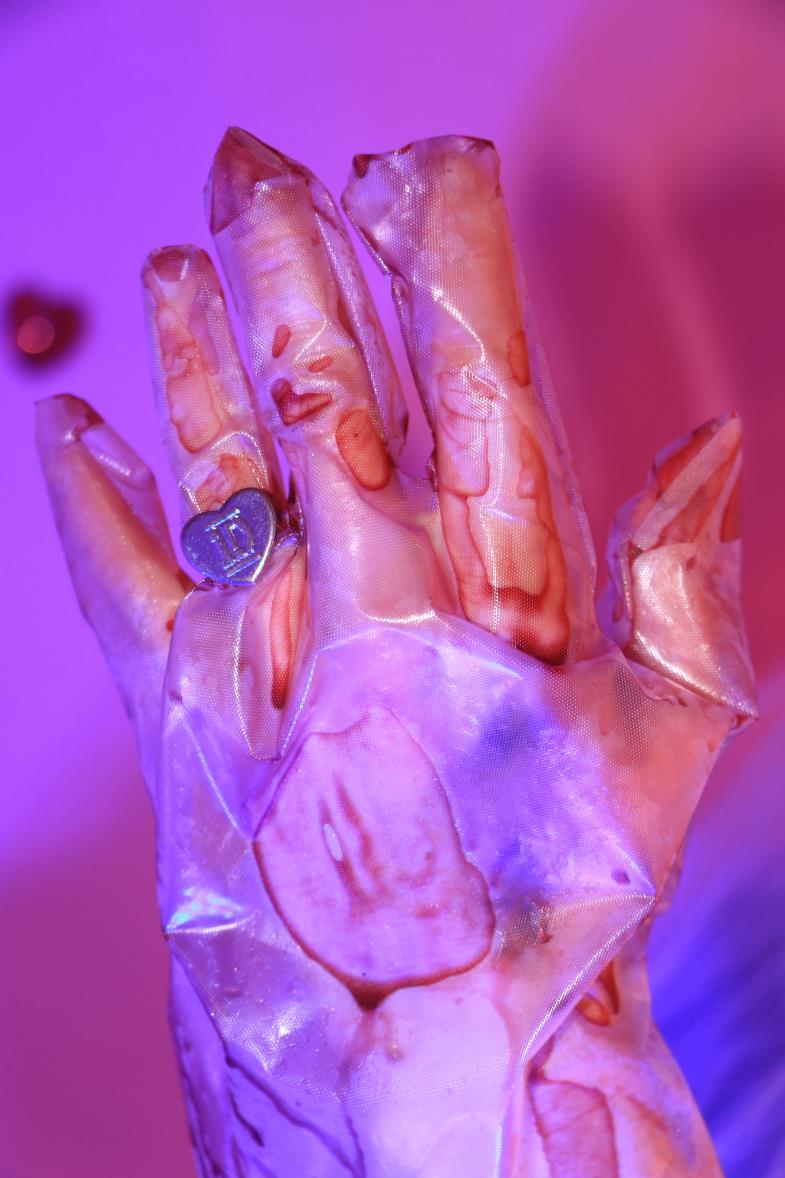 What is your current art influence?

An artist that has greatly influenced me is the UAL photography graduate Juno Calypso. I came across her work through Instagram earlier this year and have been obsessed ever since! She creates this dystopian atmosphere with creepy, feminine tones that make it both unsettling but appealing to look at. They’re funny and aesthetically perfect and disturbing at the same time, whilst also playing with the way modern femininity is viewed. I also really resonate with her way of working, of using herself as her own muse and using secluded, solitary spaces to shoot in. Can you recommend an exhibition you’ve seen recently that’s a must-see?

One of the best and weirdest contemporary pieces that I have seen is at Tate Britain, it is Rachel Maclean’s installation Wot U 🙂 About?. It’s disgusting, sparkly, dark, hilarious and a generally strange experience, but one definitely worth having.

When my friend told me there was a whole room at the Tate Britain that had purple and blue walls, with yellow trimmings and pink sparkly carpets I thought it was too good to be true but it’s so real and so great! There’s a film as well as large digital prints that are based in a future Maclean has created, where phone data is the most important and precious thing. Everyone looks like an emoji and mutant rat creatures hack the system by gnawing through wires in their underground cave. It closes on 9 April so make sure to go see it before it finishes!

Although not strictly an art exhibition, the Robots exhibition at the Science Museum is immensely interesting and entertaining. I really recommend anyone to go even if their work isn’t digital!

All Pictures courtesy of Beth Dunne