Jack Waddington is a 3rd Year BA Painting student, he exhibited at RAUM Gallery 16-22 May. His solo show was organised and curated by gallery coordinators Anthi Evangelou and Donald Takeshite-Guy. Here Jack explains his world of ‘Packit’.

Jack Waddington light-heartedly reflects on the narcissistic and self-rewarding notion of creation by compulsively exploring a fictional metropolis ‘Packit’. Accepting the remedial qualities of creation, he imitates noticeable sensations through drawings, paintings and sculptural works. To expand his universe to a wider one, he intends to expose a concentrated territory and allow the audience a response to the proportions at play.

The land of ‘Packit’ began to materialise through a curiosity to construct narrative and scenes three-dimensionally. Like a child who is offered an immersive development through playing with toys, Jack experiences his interpretation of the world by creating playful cartographical portraits. He deliberately chooses to work with accessible craft and form models out of everyday objects like packaging and house ware to achieve a low-fi infantile urgency and an impulsive aesthetic. The artificial essence of the work offers a simulation of obsessive maintenance as Jack imagines himself orchestrating an animation feature, maintaining an idyllic community life within a naive and fantastical setting.

Jack’s interest in outsider art is vital; artists who caringly expose dense fictional territory to make sense of their inabilities motivate him. Engaging in the psychoanalytical nature to creation, self-acceptance is an idea he examines. He makes an effort to combat self-loathing, regarding himself as a worthy god-like figure that creates and cares for a community of ‘Pillowers’ (inhabitants of ‘Packit’). 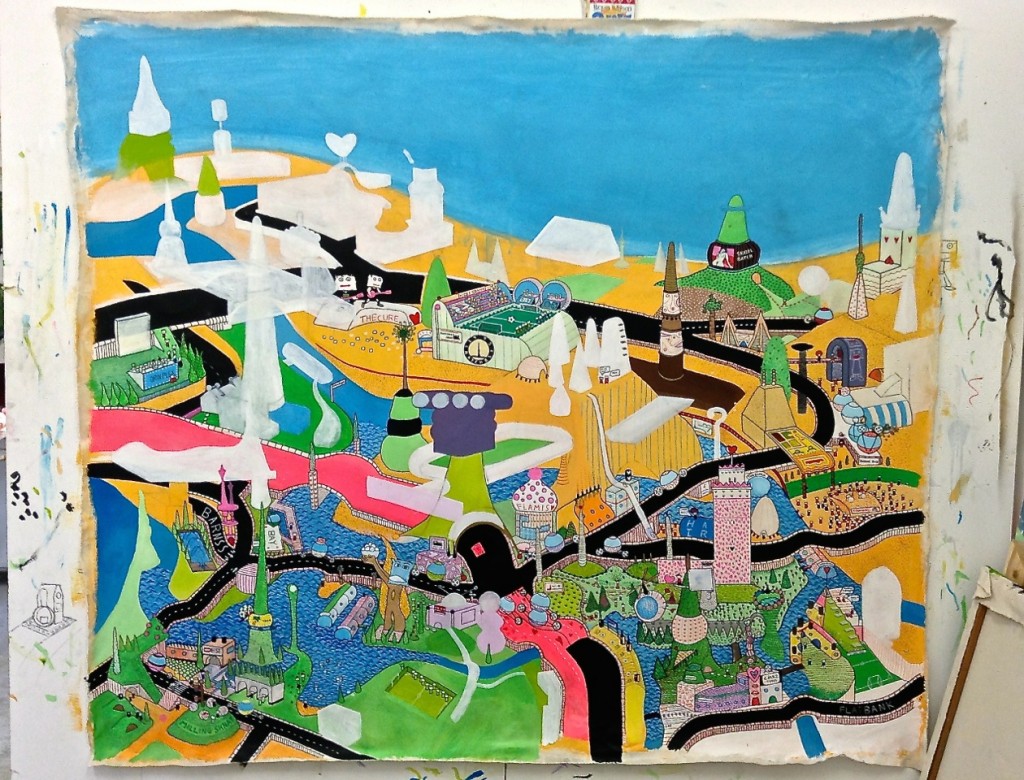 Work in progress by Jack Waddington 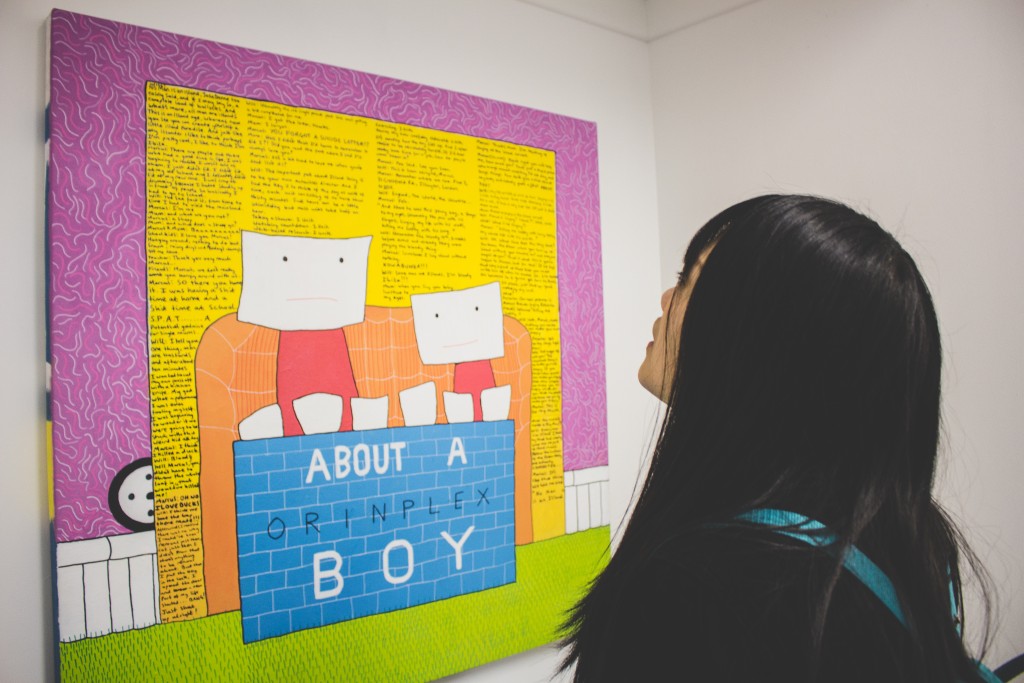 Jack Waddington, ‘About a Orinplex Boy’ 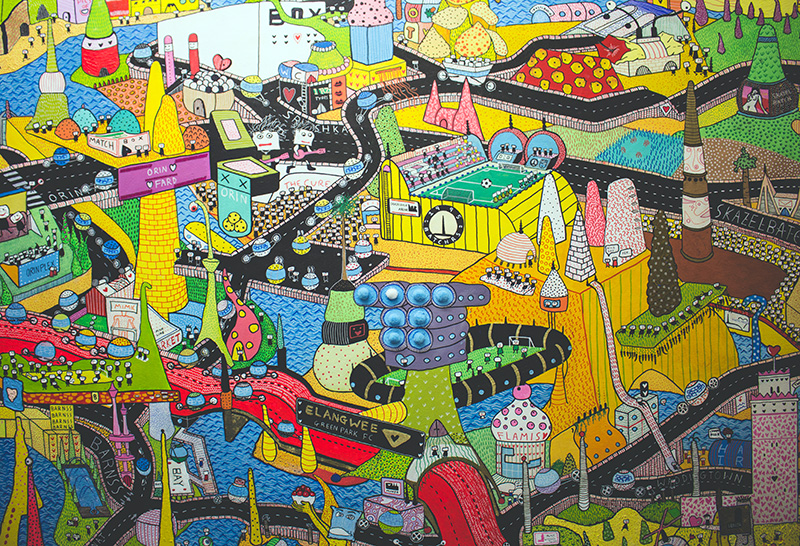 Close up of Painting by Jack Waddington 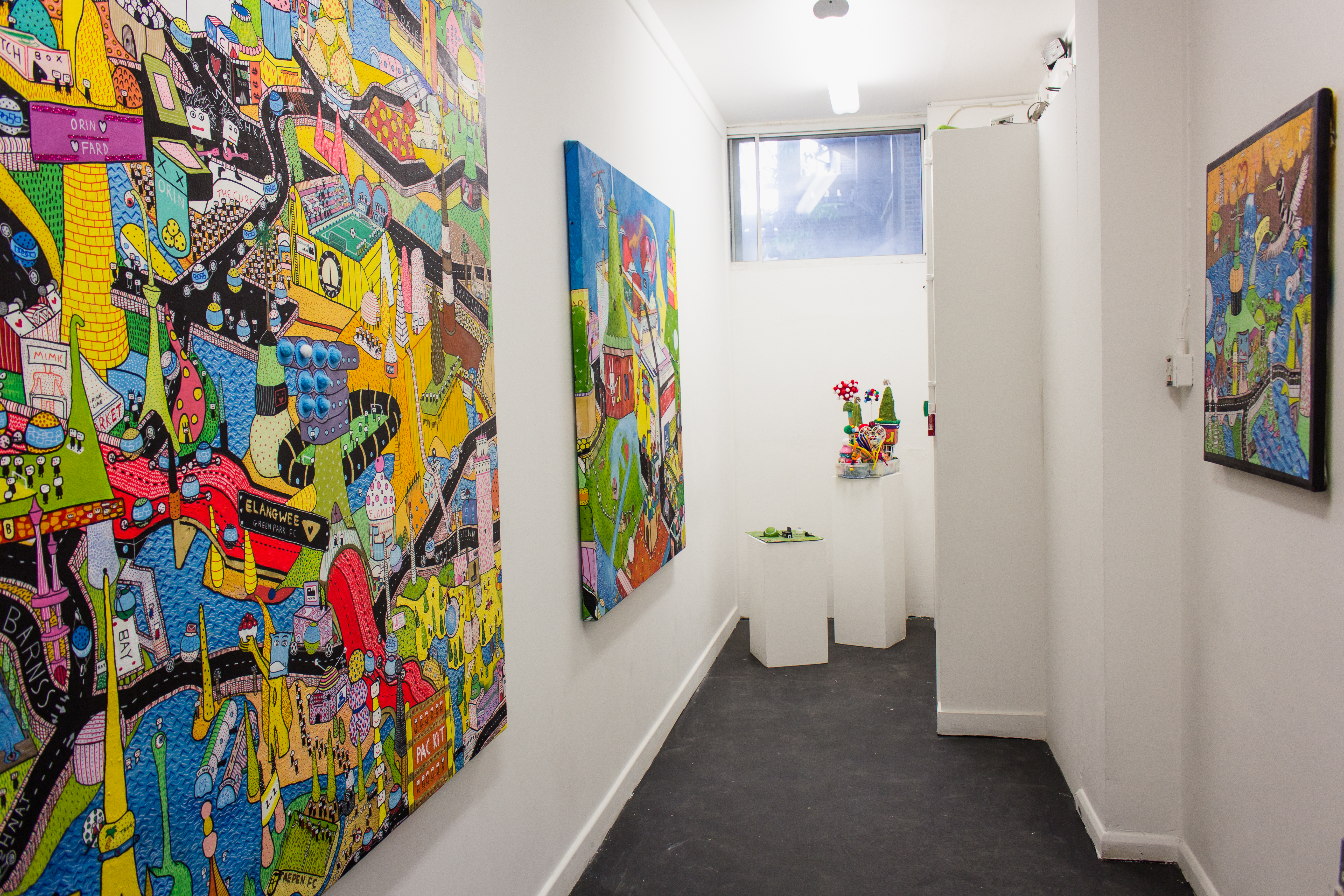