The Jerwood Drawing Prize is the largest and longest running annual open exhibition for drawing in the UK. The exhibition showcases a breadth of contemporary drawing practice, from students to established artists, and helps to define a wider understanding of the role and value of drawing in creative practice. Kelly Chorpening, Course Leader of BA Drawing at Camberwell is one of the artists selected for The Jerwood Drawing Prize Exhibition 2016.

The First Prize of £8,000, Second Prize of £5,000 and two Student Awards of £2,000 each, will be announced and awarded at the preview on 13 September 2016. The exhibition will be on display at Jerwood Space, London from 14 September – 23 October 2016, followed by a national tour to The Edge, Bath, Turnpike Arts Centre, Leigh and The Gallery, Arts University Bournemouth. 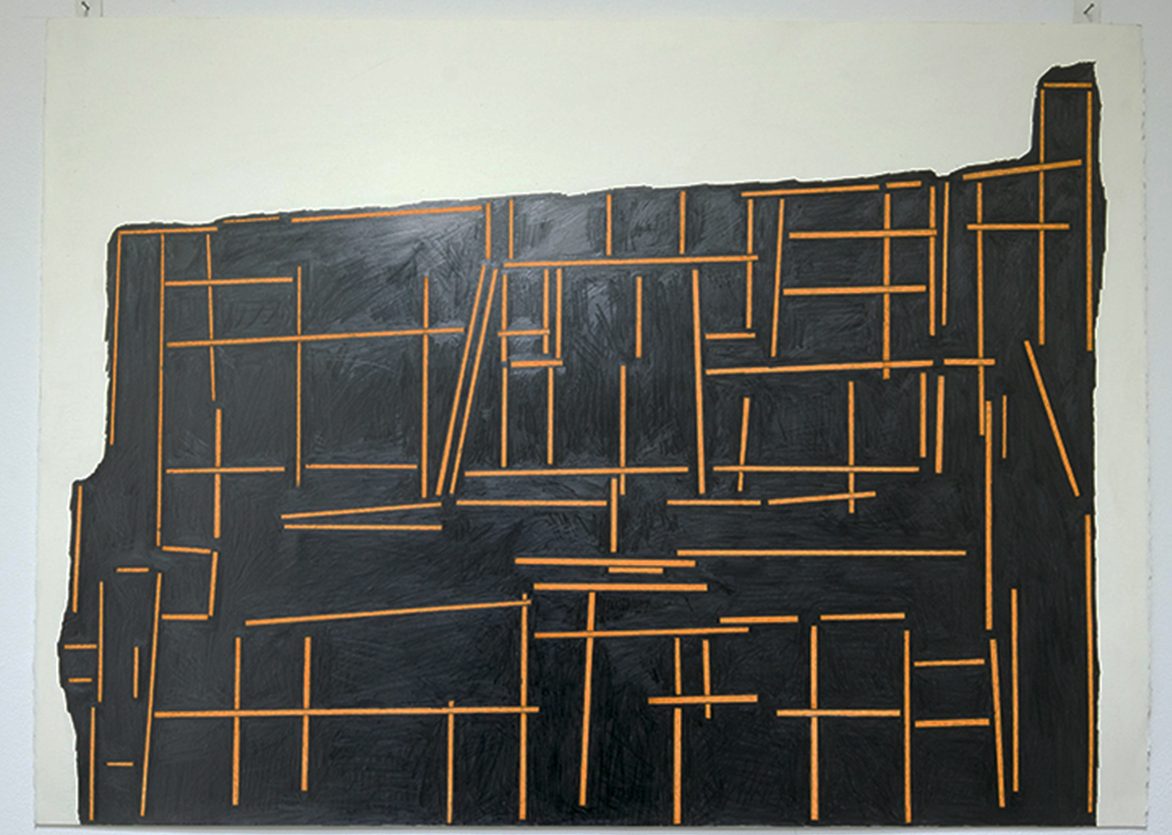 Kelly told us about her selected piece of work as well as other work which has recently been accepted for a prize.

“I have been exploring the relationship between image and object through the sculptural presentation of drawing. ‘Tried and found wanting’, which was selected for the Jerwood Drawing Prize, was made as part of a series based on the backs of old master paintings, where the hidden heroics of conservation reveal decision-making over time to save these cultural artifacts.

Some of my other work has been inspired by the protection that is put on the sides of buildings during construction, where, until new buildings emerge, there remains a silhouette of an older building, recently demolished. A drawing from this series, ‘Ghost’, has been selected for the Derwent Art Prize, opening at the Mall Galleries London on 19 September.”