A 78-year-old student at Camberwell College of Arts is about to graduate from MA Fine Art Digital this week, where he will show a conceptual piece about the life and work of 18th century landscape architect and “England’s greatest gardener” Lancelot ‘Capability’ Brown at his degree show this week.
Alasdair Saunders chose to create digital collages of the life and work of Capability Brown to mark the tercentenary in 2016 of Brown’s birth in 1716, when he enrolled in the two-year MA Fine Art Digital course at Camberwell in September 2015. 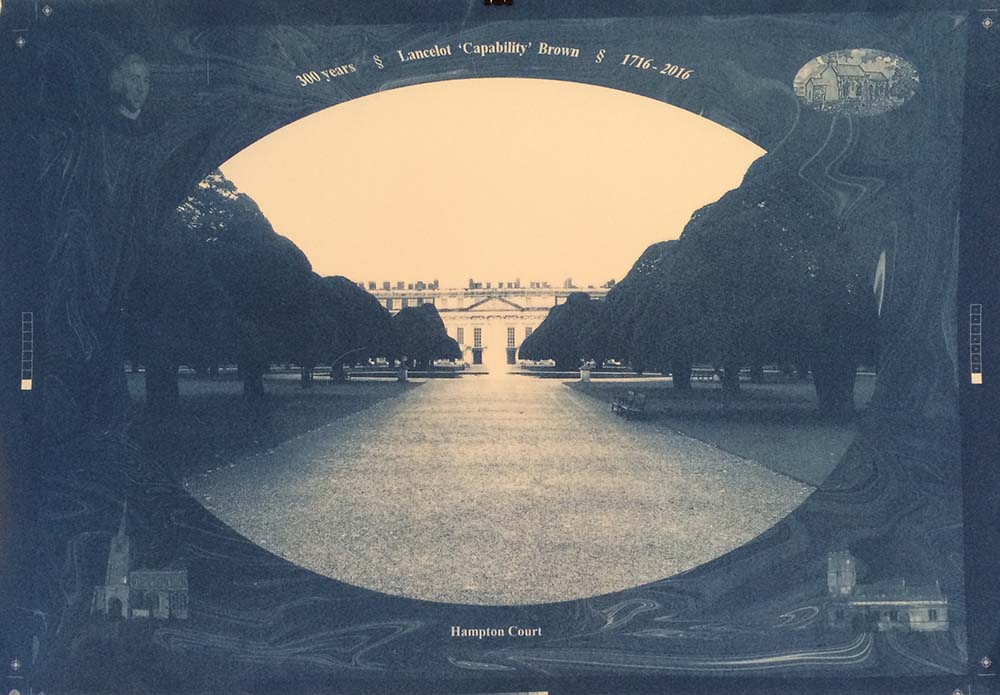 His project has seen him travel extensively to take original photographs of iconic scenes at stately homes throughout England with examples of Brown’s work, reaching Alnwick in Northumbria a second time after a snow dump had stopped his first attempt in January 2016. On this second visit in August 2016 he also visited Brown’s birthplace and attended a thanksgiving service for him at Kirkhale. He went as far West as Herefordshire to spend a day at Berrington one of the last properties built by Brown. 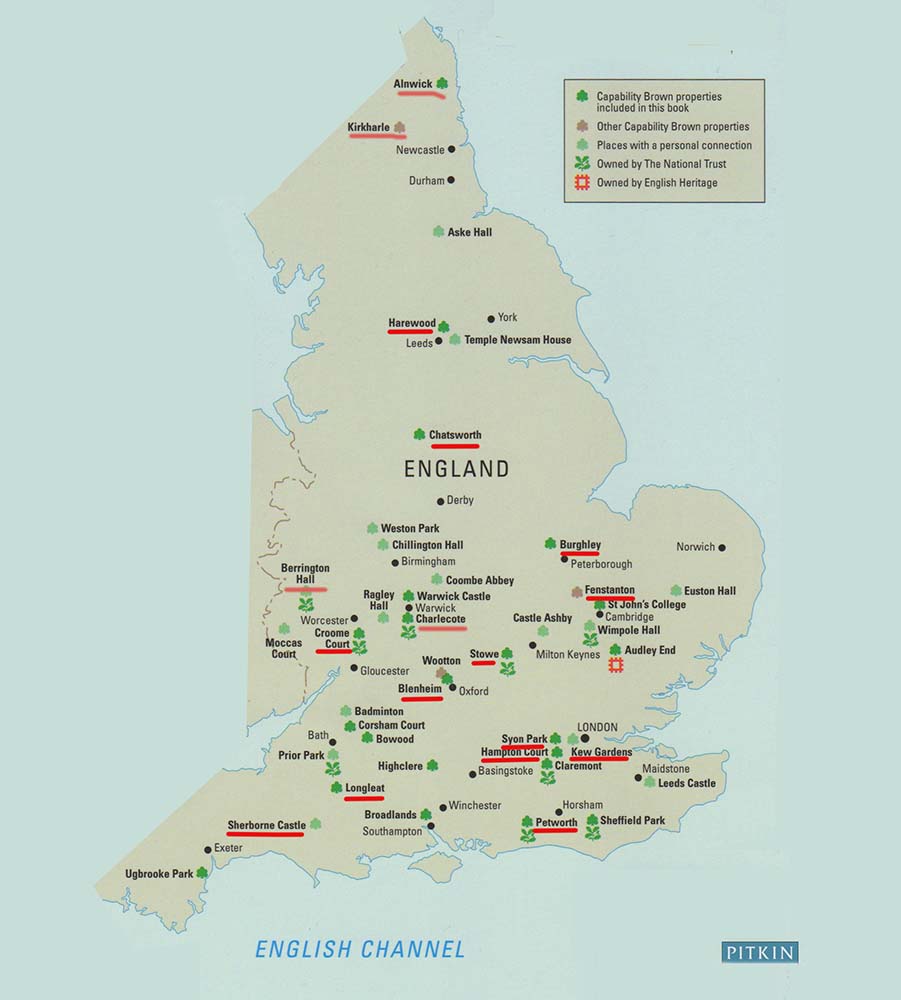 In total, Saunders visited 20 properties taking maybe 40 photographs at each location, sometimes re-visiting many times to take the best photograph and to negotiate exhibition possibilities at Blenheim Palace, Claremont Gardens, Strawberry House, Hogarth House and many others. 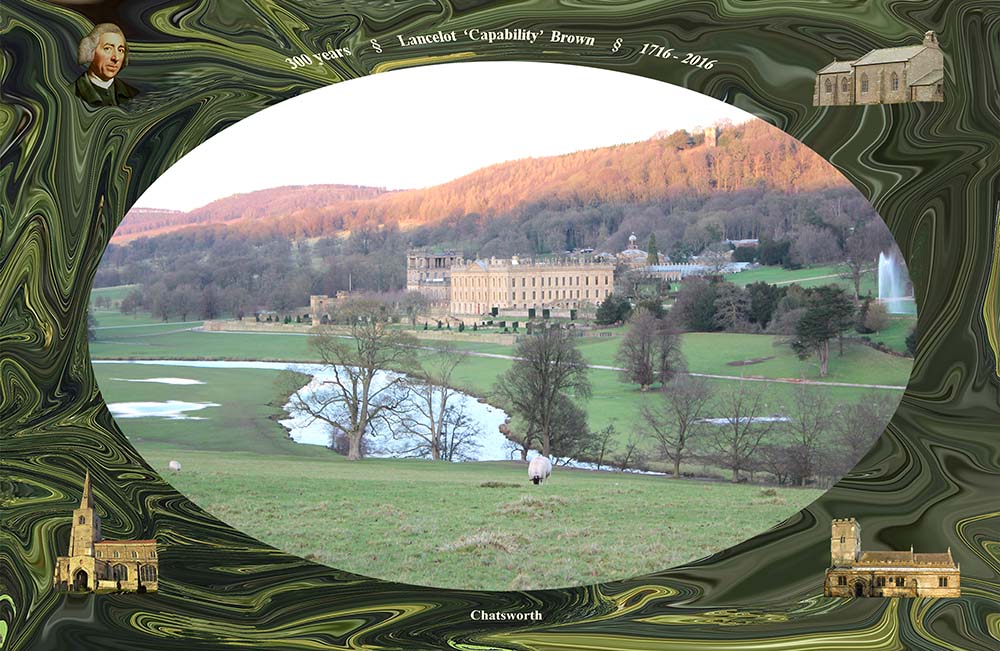 Once back in the studio, he created photographic and cyanotype prints to celebrate the tercentenary of Lancelot Brown’s birth for exhibitions at Croome in Warwickshire, St Mary’s Church in Barnes London and, opening this week, in the Camberwell MA Summer Show 2017. These celebration prints have Brown in the top left corner and the churches where he was born (Kirkhale in Northumbria), married (Stowe in Buckinghamshire) and buried (Fenstanton in Cambridgeshire) clockwise in the remaining three corners and form part of his final piece, a conceptual installation which speaks of the journey taken to make it. This comprises a five minute video piece about Brown, the boots he wore when exploring and photographing the sites and even the ergonomic chair he sat in to produce the work. 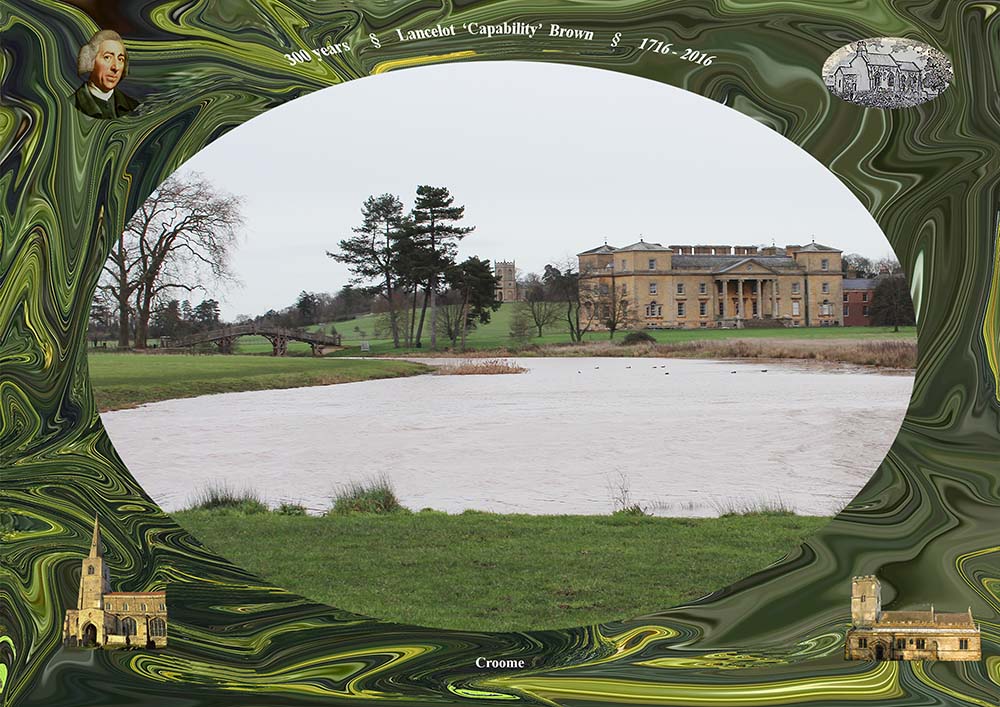 Saunders said, “During my studies on this postgraduate art degree, I have completed tasks that I would never have undertaken without enrolment on the course creating the motivation for me to do so. My Brown project serves as a prototype for further celebrations of the life and work of others including close contemporaries. I expect to be doing this following completion of the course in July.”

Video credit: Richard Wilson’s Croome Court is on display at Croome. It is reproduced in this video by kind consent of the Croome Estate Trustees.