From Foundation to BA Illustration, a student journey

Orginally from Paraguay, Natasha grew up in several different countries in South America. When she was nine years old she moved to Italy, where she lived until she came to London for her studies.

Why did you choose Camberwell for your Foundation?

I was studying in Rome with the prospect of going to the UK for my degree – I knew I wanted to do art, but wasn’t entirely sure what path. I looked at several options for a Foundation diploma, however I just felt that Camberwell was the most fitting for me. During the Foundation year I chose the diagnostic pathway, and eventually I specialised in illustration.

I enjoyed my Foundation, the tutors were good they really cared about every single student and there weren’t really any limits on where you could take your art.

It was also a great experience for socialising. I feel that if you’re unsure on what to do within the arts then you should do a Foundation diploma. For me, in particular, it was good for doing some growing-up before I started my BA. I like London, it’s a place where you can do what you like, live your life, meet so many people that you might click with, and unless you’re in uni, you will rarely run into anyone you know anywhere else in the city. It’s amazing to have this level of independence. 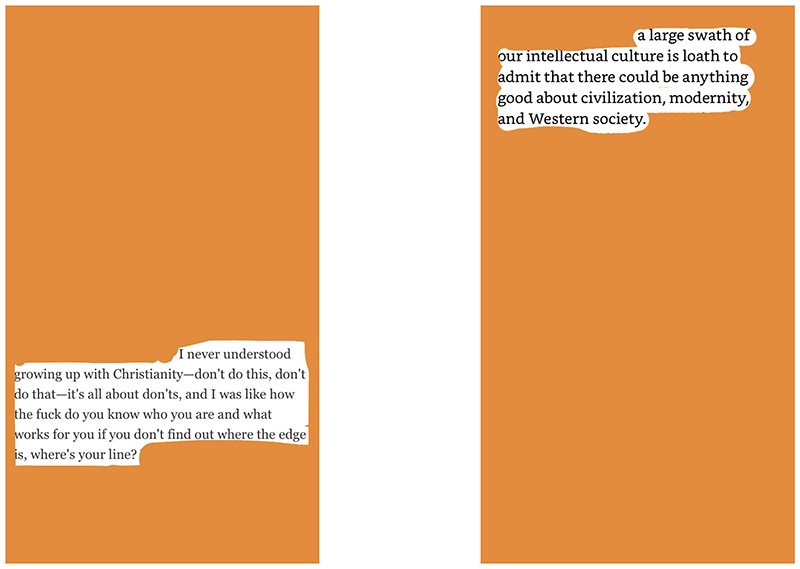 ‘Orangerie’, a spread from the book Natasha is currently working on

Why did you continue at UAL?

I wanted to continue within the university for many reasons: I liked the idea of progression, I knew the course had a good reputation, it was in an area I liked and I had already developed close friendships. I find it was a good decision.  I do think that doing Foundation was a good idea, as I mentioned previously it helped me with figuring out what I wanted to do (although this process hasn’t ended) and to do some much needed growing up, so that I could take my degree seriously by the time I got halfway through my second year.

What is your current work about?

I find that my practice revolves around similar themes, through different mediums. I re-defined my idea of what art is (especially sellable art) halfway through second year with a performance that raised some eyebrows – I got people to throw eggs at me, for several hours, in exchange of money. After this I left performance art somewhat behind as I felt more free to explore my real interests. Since then, I have developed website-based projects, books, videos, photography and the list goes on. Usually, all of them end up blurring the lines between that which is meaningful and that which is superficial, albeit this happens organically in some cases.

Has studying at UAL informed or influenced your practice?

I believe so, I have been so close to creative people here, all the time, and I’ve learned so much through simple contact with them. Whether it is being in the same studio, seeing the books they’re reading, chatting, going to their private views. In a place like that, you are bound to find something that inspires and teaches you. 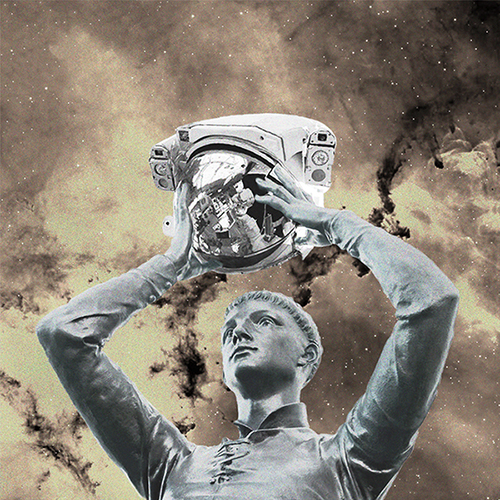 I love external briefs and commissions, they are so much more exciting because a company or person is seeking YOU as an artist. Also there’s no excuses – you just have to get it done and it has to be something you’re happy with, unless you want your name slapped on something you’re not proud of! This year I have made two promotional videos for a club, a logo design for a business, and the images for Moon Festival! It might not be much, but I enjoyed every single one of them.

At the moment I am working on a book, it is a collection of censored information from all sorts of different sources. When I say censored, I mean censored by me; and when I say different sources, I mean from comments on a Youtube video to academic essays about religion. In its pages there is nothing that may suggest where it comes from – you are, in fact, only faced with the content. It then becomes up to you to decide whether it’s important or not. 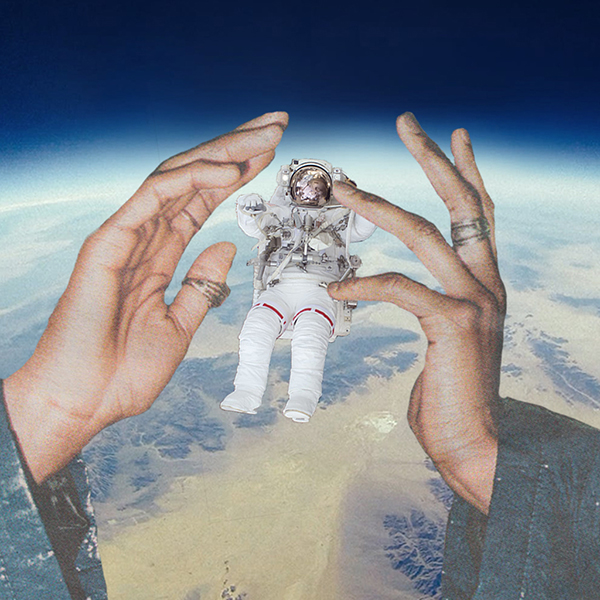 Another illustration created by Natasha for Moon Festival’s brief

I also recently finished my project for an external brief for the Moon Festival (celebrating the moon, 50 years after the moon landing). My course was approached by members of the Moon Festival team who came in and briefed us, asking for 15 illustrations, in relation to the moon and the moon landing to be created for their website. They gave us a really tight deadline of a week and a half to get them done. I ended up making collages of Astronauts and sorts. It was an exciting moment to be able to provide materials, with skills that you feel confident about. The images will be used for the festival’s social media presence and for a hashtag (#WhatIfTheMoon) that will allow the audience to interact with Moon Festival by sharing their experiences and thoughts. One of my images is also being used on their website front page, which I’m really excited about!

I love external briefs and commissions, they are so much more exciting because a company or person is seeking YOU as an artist. Also there’s no excuses – you just have to get it done and it has to be something you’re happy with, unless you want your name slapped on something you’re not proud of! This year I have made two promotional videos for a club, a logo design for a business, and the images for Moon Festival! It might not be much, but I enjoyed every single one of them.

I also find that doing volunteering in an area you like is important. At the moment I’m in Panama being a volunteer at the international film festival and once back in London I will also be a volunteer at the South Social Film Festival – it’s all rather exciting! You get to meet people, watch films and learn more about what it’s like to work in a certain industry.

‘Come Soil Me’, a promotional video for Natasha’s performance piece she did during her second year.