Last week Camberwell, Chelsea and Wimbledon Foundation Diploma Summer Show 2017 showcased the work by graduating students from Art, Communication and Design disciplines. Here, student Joanna Lawn is taking over the blog to discuss her practice and current research into gender and sculpture.

For my generation, we are told what a body should be like and how to look, but we never truly get to see what bodies actually look like. With almost every image we encounter being airbrushed and filtered, we never see how honest bodies look. For every selfie posted on social media there are surely at least 10 other rejects: too many chins, bad angle, flat hair or unflattering lighting. But wouldn’t it be nice if we didn’t have to think about how we should look and just start to accept how we are, and that all bodies are different and that is okay. My work during my final major project for my Foundation Diploma, titled Sculpture and the Human Body, focuses on this idea. 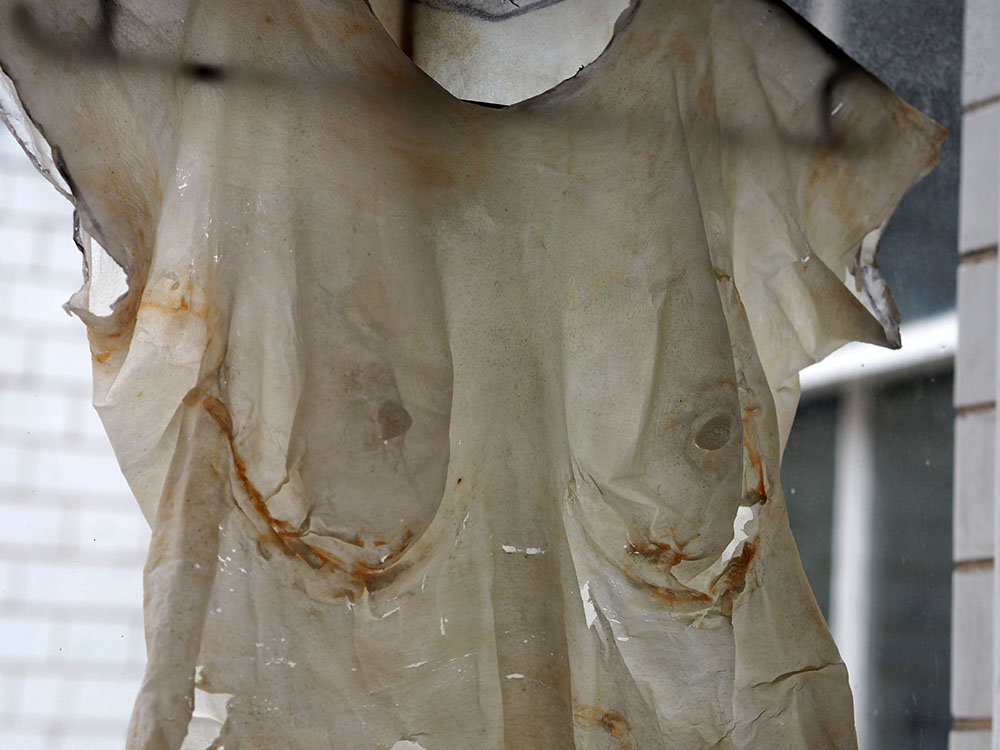 My work was actually more casting than sculpture: I wanted not to show how we perceive bodies, but how they really look. Creating casts, often of my own body, I was able to separate my body from myself. This opened up discussions about bodies, as when people saw body parts as objects, such as breasts, they no longer thought of them as something personal to someone, but something to lift, hold and interact with. There was less prudishness, allowing a more honest conversation.

Girls were able to look at them and comfortably say, “my boobs don’t look like that” or, “my nipples aren’t shaped like that”. But instead of these comparisons being to unachievable standards, they were to a body that is real and exists –  not a goal. Like Jamie McCarney’s The Great Wall of Vagina, my work allowed a gentle confrontation with beauty standards and opened up conversations that, despite a lot of body progression, is still not easy to have. 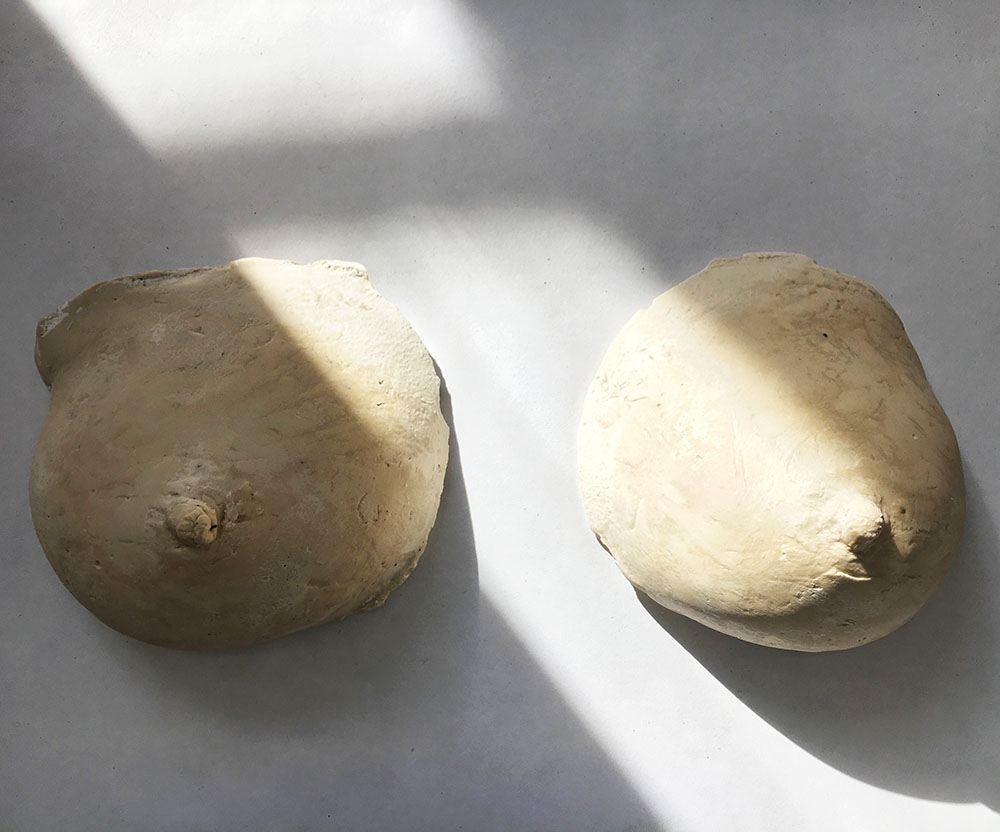 However, for my final outcome my work strayed from a body positivity theme of honest bodies, and developed into the idea of a gallery space being a male dominated space, and ways to confront this. I had an idea of creating a partially submerged female figure in the gallery space, making the space not just a neutral container, but something with a feminine personality embedded in it. I started thinking about how this female body, embedded in the male dominated space, could be seen as feminist activism: a female body attaching herself to a space and not being moved, like a protester. In some ways this body on the floor, in the centre of the space, creates some kind of feminine atmosphere, dominating over the male one.
This piece could be a a metaphor for how women are only partially presented in the gallery space, using the symbol of a partially seen female body. This idea was inspired by The Guerrilla Girls’ work, which highlights the fact that less than 5% of artists in the Modern Art Sections of New York’s Met. Museum are women. 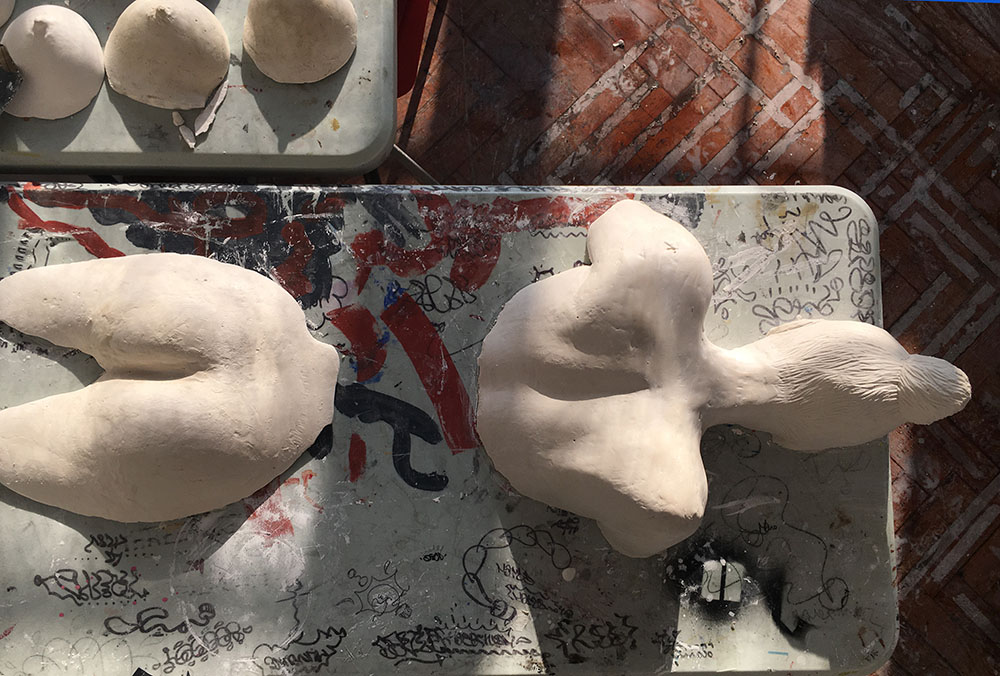 Work in process by Joanna Lawn 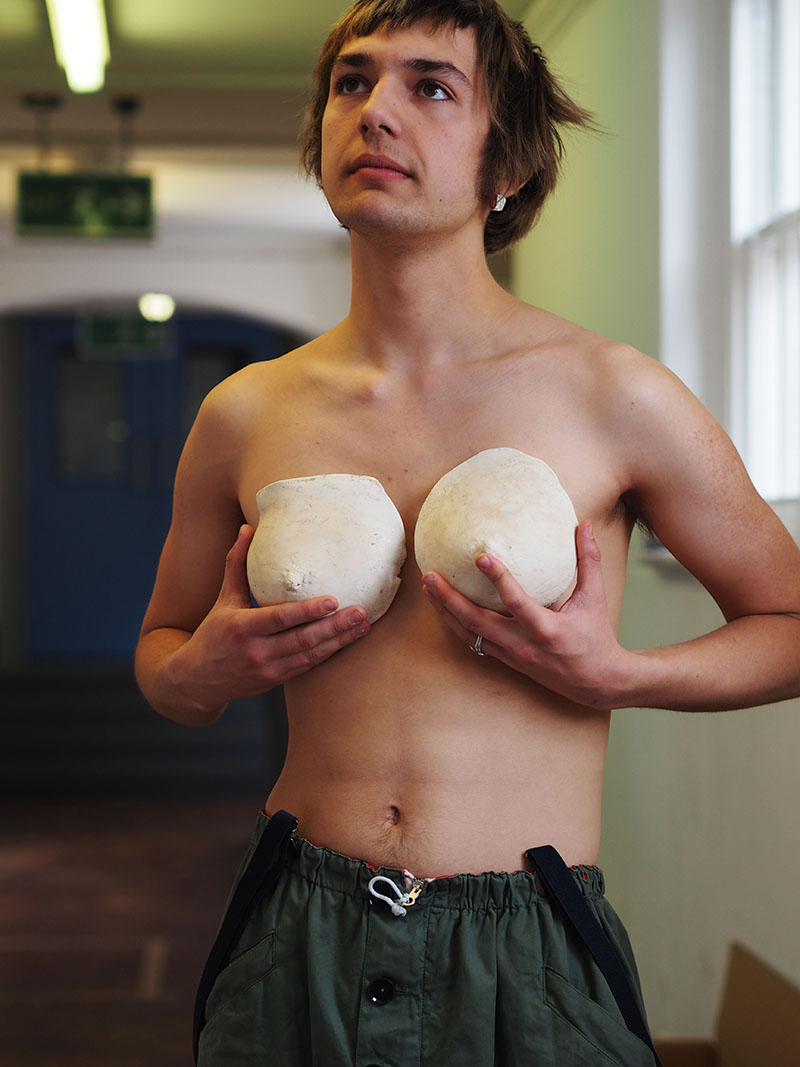 Come to see Joanna’s work at the Foundation Summer Show 2017 from Monday 8 May to Friday 12 May at 1 Wilson Road, London SE5 8LU