In honour of World Environment Day 2020 (5th June), we highlight some of our research at the forefront of UAL’s research theme ‘Living With Environmental Change’.

Within this theme our researchers tackle the issue of environmental change through their respective creative practices, with an aim to increase understanding of the issues that surround the environment, as well designing for new business models, social innovations and sustainable living. Many focus on using design to reduce waste and to change producer and consumer behaviour.

This World Environment Day, we focus on UAL research that focuses on the displacement of individuals and populations, due to climate-related disasters, as well as devastating, often co-existing factors such as politics, war and conflict and global pandemics. Environmental change is subtly but crucially bound up with these other major issues, playing out in complex intertwined crises.

As many of us find safety at home during the coronavirus pandemic, we consider the millions globally whose homes and lives have been displaced in this context and some of the UAL research bringing attention to these issues.

Using art to lobby for policy and social change, DISPLACEMENT: Uncertain Journeys is a collaborative art project that seeks to connect and showcase the work of artists and cultural actors from around the world who are addressing themes around climate-related displacement of people.

Co-founded by Professor Chris Wainwright (1955-2017) and led by UAL doctoral candidate and DISPLACEMENT curator Hannah Entwisle Chapuisat, working in partnership with other UAL researchers including David Cross, Professors Lucy Orta and Oriana Baddeley, DISPLACEMENT works alongside the international Platform for Disaster Displacement - in which EU and international states work towards better protection for people displaced across borders. 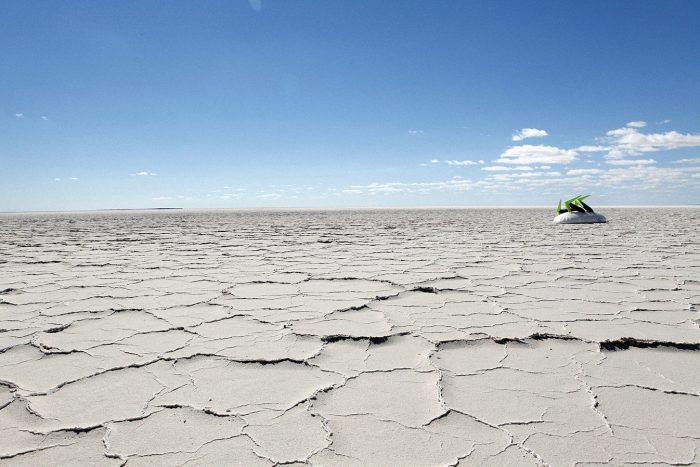 For the past 4 years Professor Helen Storey (UAL Centre for Sustainable Fashion) has worked side by side with refugees living in Za'atari, one of the world’s largest refugee camps. The camp's first ever UNHCR Designer in Residence, Helen is co-creating projects which nurture entrepreneurship, creativity and financial independence in the camp through the lens of fashion. In February it was announced that Professor Storey will continue in her role as UNHCR Designer in Residence into 2020.

This role has evolved out of her project ‘Dress For Our Time’, an artefact, which used a decommissioned UNHCR refugee tent to create a dress to engage the public with the global refugee crisis and climate change, at key moments of global and social significance.

As climate change, war and its consequences, continue to force people to flee for their lives in ever increasing numbers, Helen's project in Za’atari is about teaching us something of value for what it means to lose your home, start your life again and what the impacts are for the countries which host people who have had no choice, but to flee.

The Antarctic Treaty commits the continent to peace, scientific research and international cooperation scientific research. Artist and UAL Chair of Art and the Environment Lucy Orta and Jorge Orta created the ‘Antarctica World Passport’, a physical object that is a focus for a community who are committed to acting as ‘world citizens’ in favour of sustainable development, defending the environment by fighting climate change and supporting humanitarian actions by aiding displaced people.

Described as a ‘Utopian endeavour’ the passport is a ‘no borders’ passport that proposes and amendment to the UN Declaration for Human Rights 13:3, working with the idea that like communication, pollution and merchandise, everyone should have the right to move freely across borders.

In 2020, the project's Antarctica World Passport Office was commissioned by the UK Antarctic Heritage Trust as part of its cultural programme Antarctica In Sight, a year of events and activities marking 200 years since the first sighting of Antarctica. 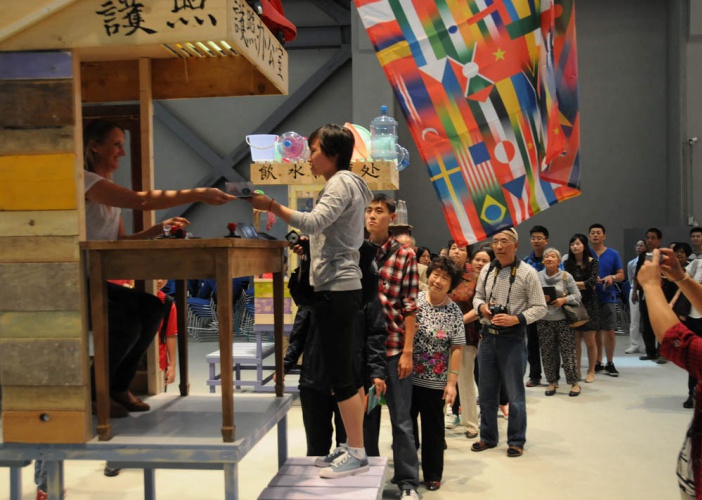 Main image: 'We Are All Stars' from Chris Wainwright's project in collaboration with musician, director and composer Cathy Milliken: via DISPLACEMENT.

First body image shows work from Søren Dahlgaard's 'The Inflatable Island' - one of the artists featured as part of the DISPLACEMENT project.