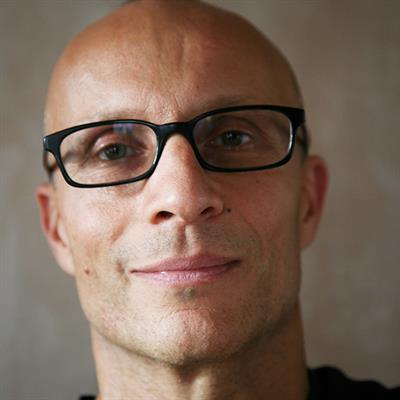 As an artist, I began collaborating with Matthew Cornford while studying at Saint Martin’s School of Art in 1987, and graduated from the Royal College of Art in 1991. Cornford & Cross held residencies at the London School of Economics, and Vitamin in Guangzhou, China. In London our work was exhibited at the Camden Arts Centre, the ICA, the Photographers’ Gallery and the South London Gallery. In Britain we exhibited in ‘East International’, the Northern Gallery for Contemporary Art, the De La Warr Pavilion, and the Wolverhampton Art Gallery. In Europe, we exhibited in Athens, Bologna, Bruges, Rome, and Stockholm; in the USA in New York, Philadelphia and San Francisco. Perceiving a conflict between my internationalism and my environmentalism, I stopped using jet travel in 2005.

I am a Reader in Fine Art at the University of the Arts, London. Informing my research, practice and teaching is a critical engagement with the relationship between visual culture and the social-ecological crisis.

In 2012, in homage to the Artist Placement Group, I designated my employment at UAL as an artist’s placement, proposing that UAL switch to an ethical bank. In 2015, I initiated and ran a campaign with students to persuade UAL to divest from fossil fuels. In 2016, UAL announced that it would divest its £3.9 million endowments from fossil fuels, and sign the UN Principles for Responsible Investment.

Since 2019, I have advocated that UAL integrates decarbonization with decolonisation as a start towards regenerative ecology and restorative social justice. As a member of UAL’s Climate and Ecological Emergency Group, I have persuaded UAL Executive Board to commit to using Science Based Targets to achieve Zero greenhouse gas emissions, in line with the 2015 Paris Agreement, and within a just share of the Global Carbon Budget.