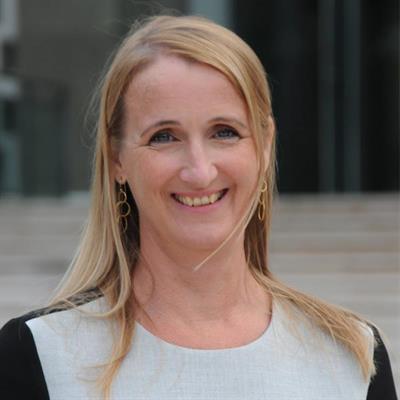 Lucy Orta's visual arts practice investigates the interrelations between the individual body and community structures, exploring their diverse identities and means of cohabitation. She uses the mediums of drawing, textile sculpture, photography, film and performance to realise singular bodies of work that include: 'Refuge Wear' and 'Body Architecture', portable and autonomous habitats that reflect on issues of mobility and human survival; 'Nexus Architecture', clothing and accessories that shape modular and collective bodies through the metaphor of the social link; and 'Life Guards', wearable structures that portray both human vulnerability and resilience. Her process of representing communities often incorporates co-creation and inclusive methods, and she has collaborated with a wide range of people, often those on the margins of exclusion such as prison residents, asylum seekers, homeless and care hostel residents, to empower participants through creative practice.

Lucy co-founded Studio Orta with her partner the Argentine artist Jorge Orta in 1992 and since 2005 they co-author Lucy + Jorge Orta. Their collaborative long-term projects include: 'HortiRecycling' and '70 x 7 The Meal', interrogating the local and global food chain and the ritual of community dining; 'OrtaWater' and 'Clouds', visualising water scarcity and the problems arising from pollution and corporate control, for which they received the the Green Leaf Award for artistic excellence with an environmental message, presented by the United Nations Environment Programme in partnership with the Natural World Museum at the Nobel Peace Center in Oslo, Norway (2007); 'Antarctica', considering the effects of climate change on human migration; and 'Amazonia' that explores interwoven ecosystems and their value to our natural environment.

Lucy Orta is the youngest female artist to be published by Phaidon Contemporary Artist Collection (2003). In recognition of her social practice, the Design Academy Eindhoven nominated as MA Head of 'Man & Humanity', the inaugural sustainable design (2002). Lucy has been a Professor at London College of Fashion since 2002. She is a member of the Centre for Sustainable Fashion and as Chair of Art and the Environment she founded the Art for the Environment International Artist in Residency Programme at the University of the Arts London. To acknowledge her academic contribution to the visual arts, Lucy has received an honorary Master of Arts from Nottingham Trent University and an honorary Doctor of Letters from the University of Brighton.