This month we welcome a guest blog from 3rd Year BA Fine Art student Joey Phinn who tells us about her semester on exchange at Parsons The New School of Design in New York. 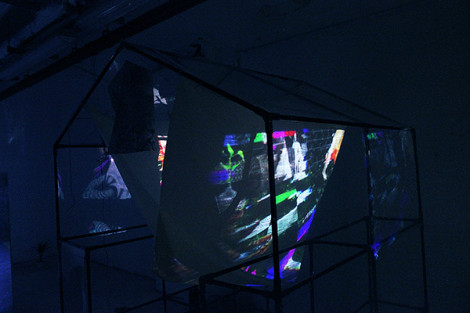 I started off the second term of my second year at Chelsea by rudely jettisoning off to another country: New York, New York, the concrete jungle. I expected the long, aching flight, the frosty immigration arrival at Newark Airport, even the snow. That is, I anticipated snow. I did not anticipate snow-in-New-York. My flight was the last one to evade the long line of cancelled and delayed planes at Heathrow but four hours later, having tottered with a military backpack, canvas bag and woefully un-functional sports shoes into blizzarding Brooklyn, I wasn’t sure I could be considered lucky. Until, of course, I finally found, after wandering in circles, the right apartment I was supposed to couchsurf at. (If you don’t know what couchsurfing is, it is what happens when you hobo it on someone’s couch and offer food, interesting company and culture in exchange for a lack of bed bugs.) Dan opened the door at midnight and announced: hey man, you made it! I plopped down on his sofa and slept for two hours until his housemates came back from their night out. I believe we had a semi-coherent conversation before he invited two random snow shovelers up to our flat to have coffee in the kitchen at 6AM. This is it, I thought. This must be what New York is like. 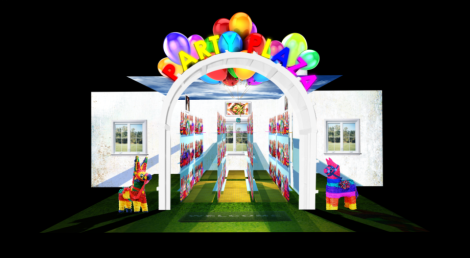 Even two weeks later, when I graduated from couch to leaking airbed in an otherwise flawlessly empty room in a five floor brownstone near Franklin Avenue, I maintained a delusionally cheerful disposition by investing belief in the power of This-Must-Be-What-New York-Is-Like. I went on Craigslist. The only free items near me included a used beach towel and a Lasinov breast pump that needed fixing. I clicked on the next listing. Broken umbrella in Manhattan that can still be used, it read. It was OK. This was New York. It is as they say: fake it till you make it. I filled my room with vintage store finds, a pink cyber fairy lamp, a shiftily installed shelf that I propped up with a cinderblock from the garden – and as a final touch: a free leather sofa I convinced my friend Harry to drive me across town to get.

My fantastically weird and interesting housemates and I organised house dinners. We had garden day, when we planted grass seeds and pointedly refused to believe the grass could flourish under the persistent coat of frost – and yet, it did. We added fairy lights, and a guinea pig with mad scientist hair. She looked dictatorial: we called her Überschwein Pigochet. I fell in love (not with the pig), and joined the newly formed music label Kolourbridge making painted album covers.

As for the actual reason I was in New York, exchanging at Parsons: I don’t think I’ve ever made a better decision in my life, even if I had to cry in front of the fireworks to get there. They let me pick whatever classes I wanted, so I took two 4D illustration classes, Sound Art, Video Production and Material Spectrum, which was full of intimidating students who knew how to solder and code and actual useful things. I made more videos than I had ever before – possibly because, you know, I actually had to or I would fail (an American education technique that is bizarrely useful in getting your butt into gear). I animated a polymer clay tacobot in Dragonframe, I learned how to dissect 2D layers in 3D space in After Effects, a program that now dictates most of my video making. I made 3D shapes in Autodesk Maya and 3D printed them, as well as importing the .obj into an audio-visualisation program called Magic and experimented with creating sound-based net sculptures. I made a Party in a Party Store, based around ideas about consumption and the production of labour. We researched how to grow mycelium, made a pencil that would make a squeaky sound when you pressed the lead, and fabricated bioplastics (and blogged about it). And we had some fun finals, even if the Material Spectrum one was in an abandoned looking building in the middle of Brooklyn with incredibly scary, empty corridors and a humming bathroom painted green. 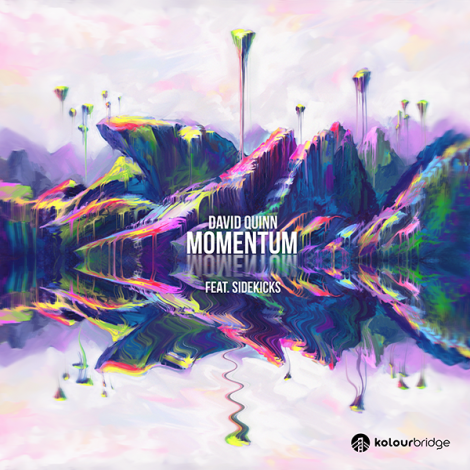 It was definitely hard to let it go – it’s so easy to get used to New York. Especially the chai lattes, although I was later informed a chai latte is actually just tea with milk so I hadn’t actually grown up and started drinking real coffee like an adult. There are so many art galleries, from the Chelsea white-washed cubes to the digital art of Eyebeam; there are fantastic coffee houses and restaurants and art openings where you can slither in, talk to no one and just savour that guilt-free, actually free glass of Prosecco before vanishing into the night. Luckily, my magical surreal time in New York was punctuated with a very long summer back in China, which I mostly spent dying of moist humidity in my bedroom.

I did, however, spend three magical weeks in Japan and Malaysia, during which due to the magical third party connections in New York and someone possibly being vaguely impressed by my digital paintings I had the pleasure of creating the album cover of London-based Irish pop singer Orla Gartland for her next EP, Lonely People. Fast forward to the past few months, and I’ve continued this great working relationship and friendship by creating a Windows 95-themed lyric video for one of the songs on the album called Souvenirs. This was mostly done by researching Google and watching people on Youtube boot up their copy of Windows 95, because quite frankly I was two years old when that OS came out and I remember probably the obnoxious paperclip guy, Minesweeper, Word Art and that’s really it. 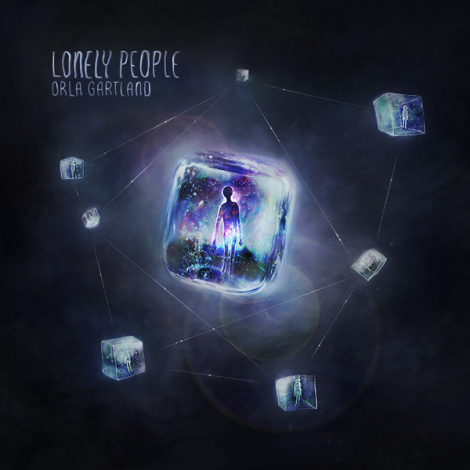 Worst thing about New York, you may ask? Only third year Fine Art students get studio spaces. Honestly, I can’t say how grateful I am to return to Chelsea’s studio spaces and fantastic workshops after being mostly confined to digital work for the last six months.