Opening this month at Chelsea Space, CAN DO: Photographs and other material from the Women’s Art Library Magazine Archive will present selected content from this dynamic independent art publication dedicated to the debates and documentation of women’s art from 1983 to 2002. Being transported from their home in the Special Collections at Goldsmiths University library, this is the first time that many of these photographs have been seen outside of the archive.

Curated by Mo Throp and Maria Walsh, the exhibition is timed to coincide with the publication of their new book Twenty Years of MAKE Magazine: Back to the Future of Women’s Art (I.B. Tauris: 2015), and particularly to provide greater access to these materials to current students at a time when fascination with and interest in women’s art of the recent past is resurgent.

Here, we print an extract from the introduction to the book, which gives an overview of this h(er)story of the magazine and explores the reasons why the authors’ ‘excavation’ of the archive is essential to bring forgotten pasts to the fore in order to make them available to new generations and audiences at a time when they are newly relevant. 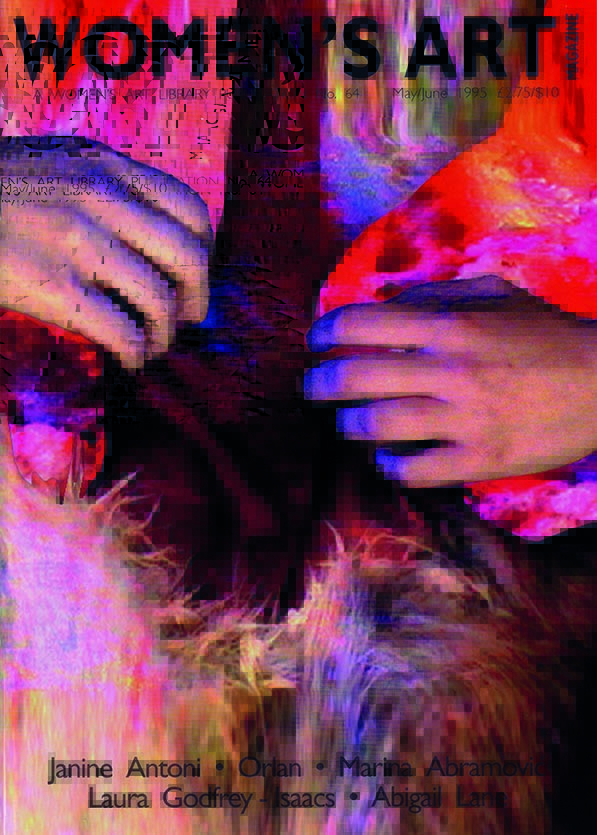 Why return to the MAKE (Women’s Art Library) ‘magazine’ archive now; why the desire to activate the contents of a ‘magazine’ from the time period 1983-2002, a period in which the 1970s legacy of conjoining ‘women’ to art still had a political urgency it would no longer seem to have?

Initially published in 1983 as a newsletter by the Women Artists Slide Library, which was founded in 1978 by Annie Wright, Pauline Barrie, and Felicity Allen, what shall heretofore be referred to as The Magazine was developed throughout the 1980s and early 1990s as a Journal, The Women’s Slide Library Journal (1986 – 1990). It was renamed as the Women’s Art Magazine in 1990, acquiring the title make: the magazine of women’s art in 1996. Over the course of its run, The Magazine had a number of different editors, the complete set of issues being currently housed in the MAKE (Women’s Art Library) Archive at Goldsmiths University London where it forms part of the library’s Special Collections. As editors of [an] anthology, we return now to this archive of The Magazine for some of the same reasons that drive anyone to turn to the archive, i.e. to defend against the danger of forgetting, in this case the forgetting of feminist pasts of art practice and criticism. We also turn to the archive with a desire to excavate a narrative or narratives that resonate with our time of writing in the 21st century in which there is a reactivation of interest in Feminism following its dormancy in the West after the achievements of second-wave feminism in the spheres of work and reproductive rights. We locate our excavation at a number of junctures. 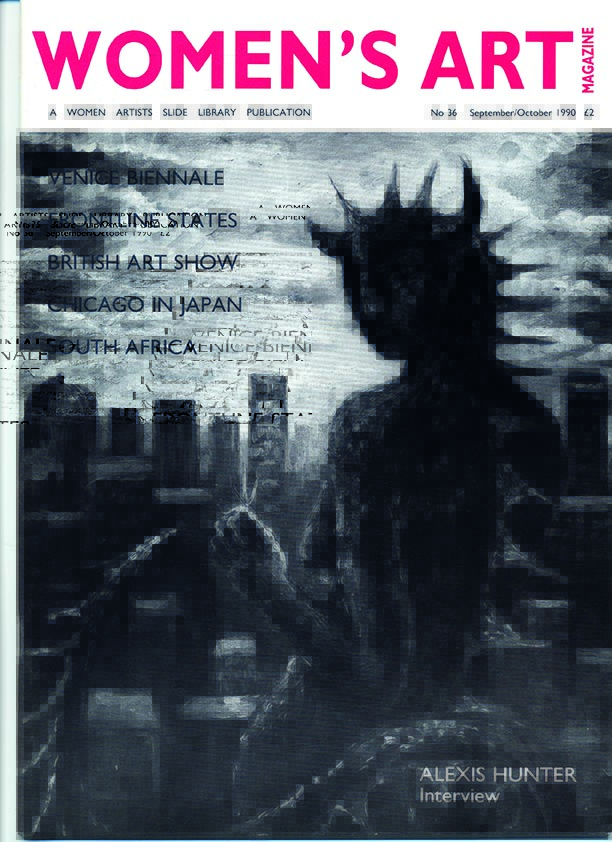 There is our localised experience of being teachers of fine art practice and theory for over 20 years in a London based art college, a University since 2004, which, conjoined with our prior experience of being students of fine art practice and theory in both Britain and Ireland, parallels the timeline of The Magazine. Although we intersect with this timeline at different temporal points, our practices of teaching and making either artworks or texts is informed by this period, whether in a disjunctive tandem with it or retrospectively in relation to it. We felt an urgent need to revisit how this time period was documented in The Magazine, which was a unique voice in publishing in Britain at the time, our guiding principle being our identification of issues that continue to be voiced by students in our encounters with them in the 12 years since The Magazine’s demise. The contexts in which issues of female sexuality and representation are currently finding themselves addressed have undoubtedly changed – technological and mediatised forms have encroached on everyday life to an unprecedented level, the fervour of identity politics in the 1990s which included all minority identities and sexualities has decreased and become somewhat incorporated into the mainstream. However, (mainly) female students today have a keen interest in feminist art practices as possible models and precedents of resistance. This keen interest is a marked shift from 6 years ago when female students would admit that they were interested in issues to do with female sexuality and representation but they definitely were not feminists. Students are now overtly engaging with feminist art histories in order to stage their own interventions in art discourses that still function as if feminist art history and feminist-inspired practices were/are specialist terrains or short lived movements/moments rather than being integral to reframing the terms of debate and methods of teaching. But perhaps this too is also changing.

Twenty Years of MAKE Magazine: Back to the Future of Women’s Art edited by Maria Walsh and Mo Throp is available now, published by I.B. Tauris. You can find out more and buy the book on the publisher’s website.

The excerpt posted here is done so with kind permission from the authors.

CAN DO: Photographs and other material from the Women’s Art Library Magazine Archive runs at Chelsea Space from 18 November – 18 December 2015. Find out more on the event page.

Find out more about research at Camberwell, Chelsea and Wimbledon on the Graduate School webpages.