“A brave shortlist”: Chris Wainwright on the Turner Prize 2014 nominations

Earlier this month, the names of four artists shortlisted for this year’s Turner Prize were announced with Duncan Campbell, Ciara Phillips, Tris Vonna-Michell and Chelsea alumnus James Richards in the running for 2014.

The announcement elicited varying reactions from the media and critics and was described by the Guardian as “deliberately difficult” and the Telegraph as “a shortlist to annoy everyone”.  Pro Vice-Chancellor of UAL and Head of Camberwell, Chelsea and Wimbledon Chris Wainwright told the BBC he thought that “all of the artists to varying degrees are very hard to categorise”.  We caught up with him following the announcement to get his full reaction.

Expanding on his remarks to the BBC, Chris explained that “Part of the reason these artists are quite hard to categorise is because they work collaboratively, working with transient media, social media and  with a whole range of a means of production that is very different to what people expect in terms of established art practice.  For example, there aren’t any painters there, there aren’t any sculptors there, there’s a kind of cultural defecit in some people’s eyes about is this representative of british art now if we’re not representing other art forms. I’m not sure the Turner Prize was actually ever set up to do this in the first place – so it’s a false expectation.”

“For me the shortlist sent a very strong message.  This is representative of what’s happening now, the way people are mobilising the whole range of media, discourses and tactics to talk about things through art practice.  And the work may cross boundaries into sociology, politics and into areas where we don’t usually expect artists to necessarily place themselves.  I think it’s a brave shortlist, a strong message.  It’s not trying to please everyone.  In that sense I think it’s taking the Turner Prize into a more relevant domain where it can engender a discourse rather than avoid having that discussion and for me, that’s a good thing.” 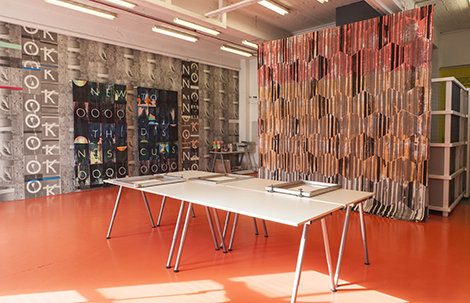 Nominated for exhibitions that have taken place in the past year, the four artists will each now show work at Tate Britain this autumn before the result is announced on 1 December.  “I’m not sure how the artists will respond now they’ve been shortlisted,” Chris, who has just become an advisor to Today Art Museum, China’s first private, non-profit museum continued, “they will now have to prepare themselves to do a major museum exhibition in an establishment which, to a large extent, is predicated on idea that it’s ‘the font of knowledge, the font of culture’.  Walking up the steps to the columns of Tate Britain is very different to putting work out on social media.  It will provide interesting challenges for the artists to how they will attune themselves to working in a different environment.”

This new exhibition opportunity will also open their work to new and different audiences, not just by virtue of now being better known and gaining exposure from the prize, but because the average person who walks into Tate Britain is very different from the average person who would look at their work on Youtube, which Chris was keen to highlight:  “They will find that their new audiences could be potentially hostile, cynical and dismissive but equally they will find people saying ‘at last! Tate Britain is becoming more relevant’.  I think each of these responses are going to happen and so they should, and as an art school we have to be prepared to stand behind those discussions about what art should be.”

“I’m reminded of when I saw a show in Berlin which said ‘Everything was new once’ – in time you take things on board.  Now we accept Duchamp as a master, but when he first started making work he was completely anti-establishment.  You’ve got to really take the long view – it’s too early to tell how valuable these practices will be in the future. Our role as an art school is saying by all means, respect the history and traditions that inform the work, but this is a great opportunity to do things in a very different way.” 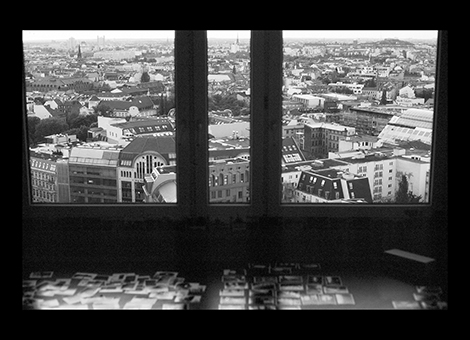 When asked if he had a favorite in the list, or an idea about who might win, Chris was staunchly impartial: “I think it’s unfair to pick a favourite – it’s unfair on the four artists to start seeing them as a commodity, attaching value to deciding who is better than the other.  The prize is quite divisive,  I’d be happy with any of the four artists being chosen as the winner.  For me, the value in the prize is the debate it engenders and the disruption that it causes in the art world which can be really useful.”

“If one of our Chelsea graduates wins, fantastic!  But it’s not really what we should be celebrating ultimately.” Find out more about studying at Chelsea on our course pages.

The Turner Prize 2014 exhibition runs at Tate Britian from 30 September 2014 – 4 January 2015.  The winner will be announced at an awards ceremony, broadcast live on Channel 4, Monday 1 December 2014. You can find out more about the exhibition and the four nominees on the Tate website.