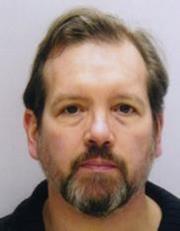 Ball lived in Melbourne, Australia for twelve years, where he continued his practice as well as being engaged in various curatorial, administrative, teaching and writing activities, before returning to the UK in 2000.His recent work has developed from an earlier engagement with landscape and spatial representation, with an emphasis on relationships between local and global situations, reflecting various social, political, environmental and post-colonial conditions, and often situated within and between the UK and Australia, with works such as The Ground, the Sky, and the Island (video 2008), Speakers (spoken word/sound performance, various iterations London and Sydney 2009 – 2016), and his collaboration with John Conomos, Deep Water Web (Furtherfield Gallery and online 2016). More locally the experimental documentary Concrete Heart Land (video with Rastko Novakovic, 2014) traces issues surrounding the gentrification of Elephant and Castle in South London.

Working within the context of the British Artists' Film and Video Study Collection at Central Saint Martins, my research has broadly encompassed historical and contemporary artists' moving image, post expanded cinema practices, and their relationship to contemporary collections and archives.

A strand of my current research focuses on how artists’ moving image serves to embody or illuminate the complex post-colonial relationship between Australia and the UK. I am developing comparative studies of contemporary and historical works, movements and collectives, which weave through subjects such as landscape, aboriginality, migration, trauma, environmentalism, urbanism, gentrification, post-modernity, and post-colonialism, with artists’ moving image functioning as a lens through which to examine the social, political and cultural phenomena both in common and unique to both societies. The research is predicated on the conviction that artists’ moving image practice can make a significant contribution to understanding and illuminating societal processes, concerns and phenomena, with artworks considered as material reflective embodiment, critique, and illustration of such concerns. It builds on a number of collaborative projects with Australian artists, curators and institutions, and incorporates my own artistic practice, drawing upon my expertise in artists’ moving image and my experience of working and living in both the UK and Australia.