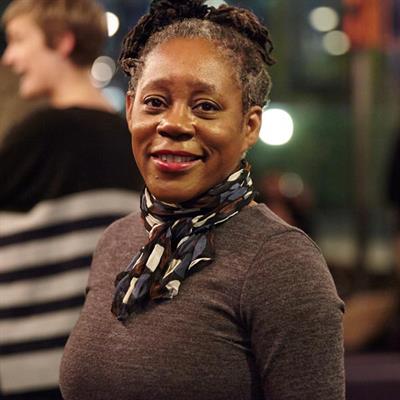 Over the past 30 years, I have taught Fine Art studio practice from undergraduate level to PhD practice-based research, in many art colleges across the UK. Between 1996-2002, as a Post-Doctoral Fellow at the University of East London, I was a Director of AAVAA (the African and Asian Visual Artists Archive), managing a Research Centre on the work of contemporary artists of African and Asian descent working in the UK. From 2004-2005 I was a NESTA Artist Fellow – NESTA is the National Endowment for Science, Technology and the Arts – where I was researching the social dynamics of collaboration in art. In 2007, I, along with David A Bailey and Ian Baucom jointly received the History of British Art Book Prize (USA) for the edited volume Shades of Black: Assembling Black Art in 1980s Britain, published by Duke University Press in collaboration with Iniva and AAVAA, and in the same year received an MBE in the Queen’s Birthday Honours List. Between 2008-2011, I completed an AHRC Research Fellowship on the ephemeral nature of collaborative practice in art at the Centre for Drawing, Wimbledon College of Art and Design, University of the Arts London, with a concluding project ‘The Future is Social’ (2011).

In the broadest sense, my research interests lie in art as a social practice and the critical and contextual debates that arise from this burgeoning field.

Since the 1990s my own art practice has relied on working with other people in collaborative and participatory situations, often demanding of those collaborators spontaneity and unrehearsed performative actions. Working across media, mainly drawing, print, photography, video and sound, I recoup the remains of these performative gestures – the leftovers, the documentation – to make the art works, which are often concerned with the relationship between sound and memory, the dynamics of space, and incorporating the spectator.