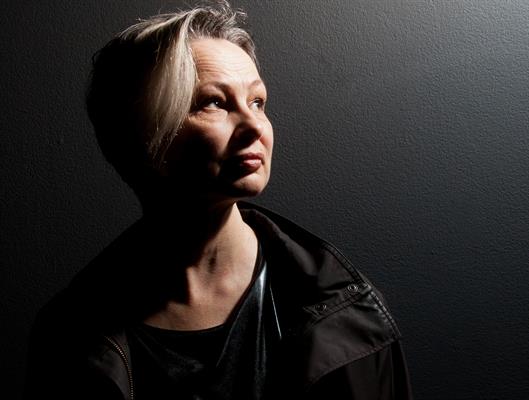 Siân is a graphic designer with more than 25 years experience of teaching in Higher Education. She is currently a Senior Lecturer in Graphic & Media Design BA (Hons) at LCC with a focus on social design, ethical issues and audience engagement.

Siân’s career began in design for the music industry (Peter Saville, Me Company). She has run no.star as her own design practice since 1994, with clients including The Paul Hamlyn Foundation, The Lux Centre for Film, Video and Digital Arts, The Showroom Gallery, Chiltern Sculpture Trust, Sigma Research, MeSH Consortium – Measurement & Surveillance of HIV Epidemics, East London Project, Bromley & Croydon Women's Aid and The Freyja Study .

Siân is a former Trustee of GMFA (the gay men’s health project); Co-Director of the Women’s Design and Research Unit (WD+RU) (promoting women working in design and facilitating socially inclusive projects); and a volunteer designer with the National AIDS Trust and GMFA. She designed a campaign for the National LGBT Hate Crime Partnership that was shortlisted for a 2015 European Diversity Award.

Siân has an MA in Graphic Design; is a Fellow of the RSA and Higher Education Academy; BSL level 1; and was a signatory of the First Things First 2000 Manifesto.

There are two strands to Siân’s current research interests:

Sian has volunteered within the HIV/AIDS sector for 20 years, and her main research interest lies in archiving, examining and disseminating HIV/AIDS UK health promotion campaigns and graphic ephemera.

She is currently building an online archive based on her own collection and investigating ways of using this material to instigate conversations around current issues in HIV, especially via social media and to inform new health promotion campaigns for gay men’s health.

Siân is Co-Director of WD+RU with Teal Triggs. Since 1994, they have delivered presentations and workshops at international design venues (e.g. Profile Intermedia Conference, Bremen; AIGA National Design Conference, Washington; and the Declarations Conference, Concordia University, Montreal); contributed to numerous magazine articles; and staged events such as The Memory Cloth, an exploration of cultural identity in craft and design history (exhibition, catalogue and activity day) funded by The Royal Female School of Art Foundation.

They are currently exploring the use of social media to connect and promote women in design and considering their 20 years of collaborative output.