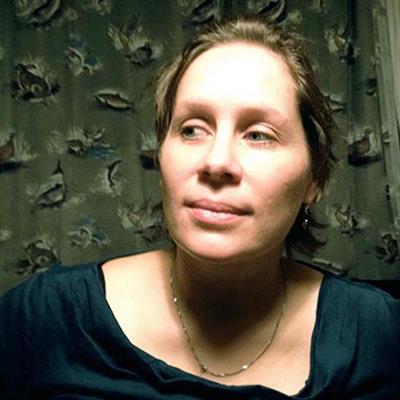 Salomé Voegelin is an artist, writer and researcher engaged in listening as a socio-political practice of sound. Her work and writing deal with sound, the world sound makes: its aesthetic, social and political realities that are hidden by the persuasiveness of a visual point of view. She is the author of Listening to Noise and Silence, 2010, Sonic Possible Worlds, 2014, and The Political Possibility of Sound, 2018. All three books, published by Bloomsbury, develop a critical listening to sound art and the everyday acoustic environment via phenomenology and possible world theory, and articulate the social and political agency of sound. Together with Thomas Gardner she edited Colloquium: Sound Art – Music, ZeroBooks 2016. This volume of essays, texts, interviews and conversation explores the relationship between music and sound art, its current performance and historical language.
Voegelin’s work brings the philosophy of sound to a participatory engagement: She co-convenes Points of Listening with Mark Peter Wright www.pointsoflistening.wordpress.com. This series of monthly events runs since 2014 and engages in collective listening and communal sound making. Her textual phonography blog www.soundwords.tumblr.com is the template for a participatory and public listening, writing and score making and has been practiced for example at Around Sound Art Hong Kong 2013, at Liquid Architecture Melbourne, 2014, Sound Reason IV Delhi 2016, for the Connecting Columns 1 - 10 March 2017 Srishti Outpost at Mill Hall - Collateral Venue, Kochi-Muziris Biennale, and most recently at Alberta University, Edmonton, Canada, 2018.
As an artist Voegelin works collaboratively with David Mollin, Mollin+Voegelin, in a practice that engages words, things and sound and focuses on invisible connections, transient behaviour and unseen rituals. Most recently two new installations were shown at La Tabacalera Gallery in Madrid, Spain as part of FASE 6 and currently they are working on a site specific Art and Architecture commission in Bern, Switzerland.
Voegelin is a Professor of Sound art the London College of Communication, University of the Arts London, UK. She is the PI of the AHRC (Arts and Humanities Research Council) funded project Listening across Disciplines, which seeks to establish listening as a reliable and legitimate methodology across the arts and humanities, science, social science and technology.
www.listeningacrossdisciplines.net
www.salomevoegelin.net