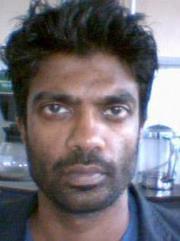 Royce Mahawatte is Senior Lecturer in Cultural Studies at Central Saint Martins. His research interests are in Victorian fiction, the Gothic and cultures of fashion and the body, and he is the author of George Eliot and the Gothic Novel (2013).

Forthcoming publications include ‘Horror in the Nineteenth Century 1820-1900’ in A Literary History of Horror (British Library 2016), ‘Fashion and Adornment’ in A Cultural History of Hair (Bloomsbury 2017), ‘The Sad Fortunes of “Stylish Things”: George Eliot and the Languages of Fashion' in Communicating Transcultural Fashion Narratives (Intellect 2017), and ‘The dandy novel as fashion text: Edward Bulwer Lytton’s Pelham (1828) and fashion editorial’ in Fashion and Material Culture in Victorian Fiction and Periodicals (London: Edward Everett Root Publishers, 2018). Mahawatte sits on the editorial boards of the Victorian Popular Fiction Journal (Edinburgh University Press), and Key Popular Women Writers and New Paths in Victorian Fiction and Culture (both Edward Everett Root Publishers).He is currently working on a monograph about the male body and Victorian writing.


My current research looks at the idea of the nineteenth-century gentleman by focusing on his body and how it was represented in writing spanning from 1820 to 1885. After the Napoleonic Wars, the idea of the gentleman became unstable. Definitions of status were changing: from abstract ideas of lineage and inheritance to more tangible ideas such as dress and cleanliness. New ways of imagining the gentleman found expression in the rapidly expanding print cultures of the day.

New formats constructed both masculinity and modernising Britain, particularly in terms of self-discipline. Body control enables social control and different types of writing emphasised different aspects of the ‘gentlemanly body’, often against ‘effeminacy’, as the concept opened to include the middle classes. I look at fashion writing of the 1820s, sexual health writing and medical casebooks of the 1840s and the imperial adventures of the 1880s. While these forms of writing all engaged heavily with the image of a fit, white body, they also inadvertently communicated the fears and pressures that lay beneath social conformity.