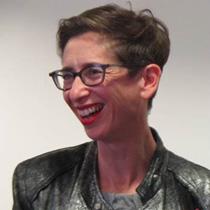 Reina has been Professor of Cultural Studies at London College of Fashion since 2006, joining from her previous post at University of East London where she was also Professor of Cultural Studies. Trained in Fine Art and Art History at the University of Leeds, Reina took an MA in English: Critical Theory at Sussex University. Her PhD in Humanities at Middlesex University on western women orientalist artists and writers marked a new development in understandings of gender and imperial cultures. Reina’s research remains inter- and multi-disciplinary, whether in cultural history or contemporary studies, and breaks down into two interconnected areas: feminist postcolonial studies (concerned predominantly with changing attitudes to Islam in the west and in the Middle East); and lesbian, gay, and queer studies (concerned mainly with the role of dress in the formulation of sexed and gendered identities). In recent years Reina’s research has focused on modest fashion cross-faith and the intersection of the fashion industry and women’s experiences of secular and religious cultures.


RESEARCH STATEMENT
My research focuses on gender, sexuality, race, and religion in the 19th, 20th and 21st centuries, taking an inter- and multi-disciplinary approach informed by cultural studies and feminist postcolonial theory. More recently my studies on contemporary religious cultures as expressed through fashion and the dressed body have connected critical fashion studies with approaches and methods from the sociology of religion.

For the last several years, I have been using fashion and faith as a lens to explore the articulation of contemporary religious and ethnic gendered identities in Euro-America and the Middle East. This began with a study of how the figure of the Muslim woman, veiled or unveiled, continues to be central to changing debates about the relations between Islam and the west and about community and belonging. My research and collaborations have expanded to focus on the modest fashion industry and media as a cross-faith phenomenon that includes also Christian and Jewish women, ‘secular’ women, and those from other religious traditions. I have become especially interested in the how modest fashion cultural politics have played a role in women’s cross-faith social activism in defence of women’s rights to freedom of religious expression through dress, and the opportunities and tensions this produces. These studies of how religion intersects with ethnicity, race, gender, and sexuality in the 21st century build on my earlier historical research on gender and western attitudes to Muslim cultures, allowing me to track patterns of continuity and change in how orientalist and imperial stereotypes were circulated and resisted.

My first book, Gendering Orientalism: Race, Representation, Femininity (1996), brought to light the contribution to imperial cultures of nineteenth-century western women artists and writers in order to demonstrate the heterogeneity and contested nature of orientalist discourse. Rethinking Orientalism: Women, Travel and the Ottoman Harem (2004) turned to the early twentieth century, revealing how women codified as oriental (and stereotyped as silenced and oppressed) were able to manipulate western cultural codes. I explored how the genre of harem literature created publishing opportunities for eastern and western women whilst relying for market share on the orientalist stereotypes that some sought to critique. The intellectual scaffolding that underpinned these studies was demonstrated in two collaborative projects: Gender, Modernity and Liberty: Middle Eastern and Western Women’s Writings: A Critical Reader, edited with Nancy Micklewright (2006); and Feminist Postcolonial Theory: A Reader, edited with Sara Mills (2003).

My more recent research moved more overtly into critical fashion studies to examine the continued and contemporary commodification of Muslim femininities, situating historical and current veiling debates in relation to Muslim women’s experiences as fashion industry professionals and consumers. Using the hyper-visibility of the veiled body as a lens through which to view contemporary postcolonial cultural crises, Muslim Fashion: Contemporary Style Cultures (2006) drew attention to alternative modes of fashion innovation and mediation such as the new Muslim lifestyle print and social media. At the same time, in collaboration with Emma Tarlo (Goldsmiths, London) my Modest Dressing project widened the frame to explore how newly developing online retail and digital media were being utilised in a niche modest fashion market by Muslims and people of other faiths. My edited volume, Modest Fashion: Styling Bodies, Mediating Faith (2013) discussed how religious convictions and cultures factor into the professional lives of designers, fashion journalists and digital content producers, photographers, and those working in fashion retail from Christian, Jewish, and Muslim religious backgrounds.

My research in sexualities studies uses an interdisciplinary methodology to think about circuits of production, distribution, and reception and particularly how forms of cultural consumption create a sense of who we are. A concern with audience informed the compilation of my co-edited collection Outlooks: Lesbian and Gay Sexualities and Visual Culture with Peter Horne which in 1996 helped establish the field for queer visual studies, accompanied by a series of articles and polemics. My subsequent contributions in this area were primarily interested in matters of dress and identity, looking at lesbians as consumers of mainstream fashion magazines, and as producers and consumers of queer lifestyle publications.

More recently, I have brought my studies on sexuality and culture into the frame of Middle-East gender histories. In ‘Sapphism in the Seraglio’ (2016) I reconsider theories of performativity by analysing the historicised cultural competencies needed to enact and decode the dressed performance of ethnicised, sexual, and gender identities. The role of fashion consumption in the making of modern genders and sexualities for enslaved and free bodies in late Ottoman and early Turkish Republican societies forms the basis of a new investigation currently underway.