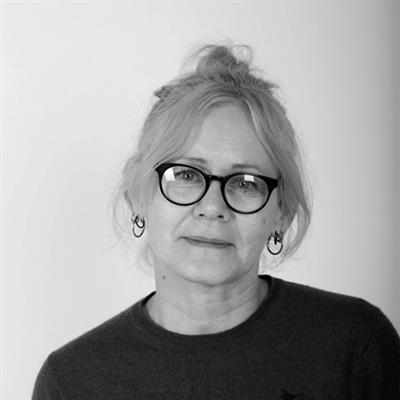 Nina Mickwitz is a media and cultural studies researcher, whose interest in popular seriality involves different media forms, with particular focus on comics and television. Originally from an art & design background, she holds a first degree in Illustration. Nina completed her doctoral research on comics and documentary theory in the School of Film, Television and Media at University of East Anglia, and has taught media and cultural studies, as well as contextual studies, at several HE institutions.

An active participant in the academic community, Nina has presented at numerous conferences and contributed to academic forums and publications, both online and in print. Topics to date have included documentary comics, comics history and advertising, Iraq war comics, autobiographical comics, women’s animation film history, comics as advocacy and refugee comics, aesthetics and (non fiction) comics, comics cultures in Latin-America. Nina’s monograph Documentary Comics: graphic truth-telling in a skeptical age (2015) is published by the Palgrave Studies in Comics series. She is a peer reviewer for the journal Studies in Comics (Intellect).

Nina's research interests broadly involve popular culture as a space where normative values and collective identities are produced and circulated, but also negotiated and challenged. Current interests include transnational mobilities of both cultural texts and people, in particular the formation of social identities and transnational networks of comics work.