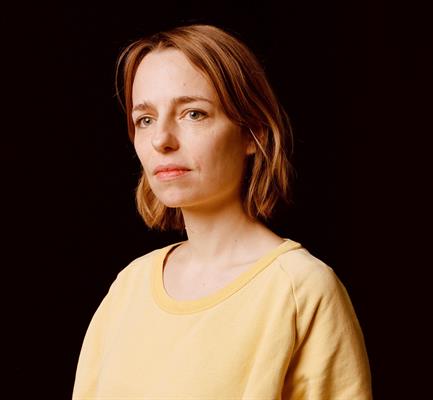 I am an art historian with an interest in the display, representation and mediation of fashion and dress, especially in the moving image. In 2005 I co-founded the Fashion in Film Festival, the first major exhibition, research and education project to explore the common ground between the worlds of fashion, cinema and art. My film programmes have been hosted by arts venues internationally, including Tate Modern, Institute of Contemporary Arts (ICA), Barbican, BFI Southbank, Danish Film Institute and Museum of the Moving Image, New York. In 2017 I co-curated the 10th anniversary festival season entitled ‘Wearing Time: Past, Present, Future, Dream’, for February/March 2017, with Tom Gunning.

Since 2006 I have edited Fashion in Film's publications, including, most recently, Birds of Paradise: Costume as Cinematic Spectacle (2013, winner of The Most Beautiful Swiss Book Award in 2014) and Marcel L'Herbier: Dossier (2014, with Caroline Evans). My articles and book chapters have appeared in publications including Aperture, Art Monthly, AnOther, Fashion Theory, Fashion Media: Past & Present (ed. D. Bartlett, S. Cole and A. Rocamora, 2014), and Czech Cinema Revisited: Politics, Genres, Techniques (ed. L. Česálková, 2016).

I am interested in how fashion is presented and represented across multiple cultural and commercial platforms and media, from exhibitions and retail to literature, photography and film. Most of my recent research has been linked to the Fashion in Film festivals, which I have curated since 2006. Through them, I have explored different ways in which to conceptualise intersections between the moving image, fashion and costume, and more widely, visual problems of design. I am passionate about working in film archives to rediscover lost, obscure and rarely-seen films, as well as creating imaginative curatorial frameworks that cast film works (known and unknown) in a new light so as to bring them to new audiences. The festival is interdisciplinary by its definition and actively promotes encounters by bringing together filmmakers, fashion designers and image-makers, artists, curators, film archivists, historians and writers.

My research has focused on issues of cultural stigmatisation; the styling of crime and violence; spectacle, experience and perception of clothing in the moving image; use of entertainment for purposes of political propaganda; the impact of the moving image on the fashion industry of the digital era; and, most recently, the figuration of time through dress in cinema. I have programmed and written about films and moving image works from a range of historical periods and contexts, including early cinema, arthouse, artist and experimental film, Hollywood and European commercial cinema, newsreels, commercials and fashion films.