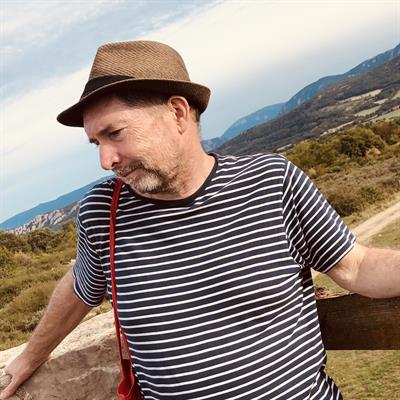 Dr Ken Wilder is an artist and writer. With teaching responsibilities at both Chelsea and Camberwell Colleges of Art, he is the UAL Reader in Spatial Design. Having studied Environmental Design at the Royal College of Art, Wilder previously practiced and taught architecture. Since the late 1990s, his practice has shifted to site-responsive sculptural installations (often including video projection) and architectural interventions. He has exhibited widely in the UK, and has also exhibited in China, Germany, Sweden and the Ukraine (see https://www.kenwilderartist.com/). Along with Co-I Dr Aaron McPeake, he has recently been awarder a £27,000 UK Research and Innovation grant for a project entitled 'Beyond the Visual: Non-sighted Modes of Beholding Art', which commences 15 November 2021. The research network will act as a forum for the discussion of non-sighted modes of beholding art, within the context of situated forms of contemporary art practice. It will question how a shift in the aesthetic engagement afforded by hybrid (intermedia) forms of contemporary art opens up new engagements for the partially sighted and blind community. Sound, smell and touch, for instance, have become an important factor in some installation art, while the discipline of sound art has expanded the spatial reception of the auditory. The network aims to develop a deeper understanding of the spatial and curatorial possibilities of such forms of engagement, and their potential application beyond the world of contemporary art. The project is a partnership with Tate, the Henry Moore Institute, Leeds, Shape Arts, VocalEyes and DisOrdinary Architecture.

Wilder is author of the monograph Beholding: Situated Art and the Aesthetics of Reception, published by Bloomsbury in May 2020. The book considers the spatially-situated encounter between artwork and spectator. It argues that artworks created for specific places or conditions structure a reciprocal encounter, which is completed by the presence of a beholder. Each chapter frames a particular work of art from the remit of a contemporary theoretical text. Wilder's discussion engages a diverse range of practices: from Renaissance painting and group portraiture to intermedia practices of installation and performance art (see https://www.bloomsbury.com/uk/beholding-9781350088412/).

Wilder's wider research also focuses on the phenomenological experience of art, particularly in terms of how artworks structure an often problematic relation with the beholder. His methodological position draws upon reception aesthetics and its relation to analytic philosophy. Wilder has written extensively for a number of academic journals, including the Journal of Aesthetics and Art Criticism, the British Journal of Aesthetics, the Moving Image Review and Art Journal, Estetika: The Central European Journal for Aesthetics, Architecture and Culture, Theatre and Performance Design, and Image [&] Narrative. He has chapters in the following publications: Manifesto Now! (London: Intellect, 2013); Painting: Critical and Primary Sources (London and New York: Bloomsbury, 2015); The Persistence of Taste (Abingdon and New York: Routledge, 2018).