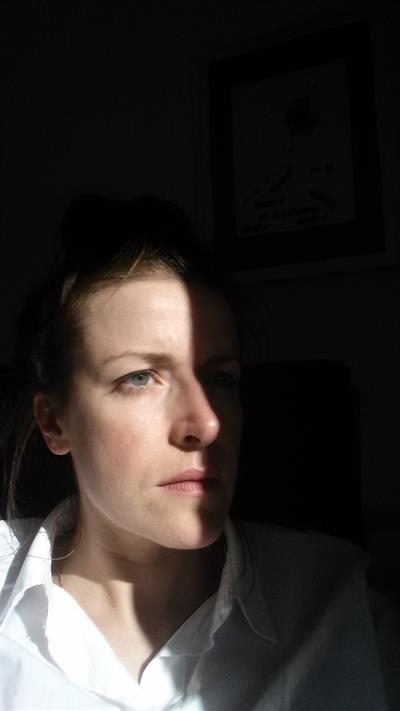 Joey Bryniarska is a Lecturer in Fine Art and Early Career Researcher at Central Saint Martins. Her current research and practice addresses the relationships between technology and aesthetics and representations of narratives of heritage, value and memory. In 2013, she was awarded a NEARCH Fellowship at the Jan van Eyck Academie for her collaborative work with the artist Martin Westwood, connecting the disciplines of art and archaeology. This project has developed a European network of partners with an interest and investment in cross-disciplinary collaborative practices.

She completed her undergraduate degree at University College Falmouth in 2004 and received a postgraduate diploma from the Royal Academy Schools in 2009.


My current research and practice addresses the construction of narratives of heritage, value and memory through technology, and I am involved in a range of cross-disciplinary research projects hybridising new and traditional forms of technology.

In 2014, I was awarded an EU-funded NEARCH Fellowship at the Jan van Eyck Academie, where I was partnered with the Archaeology Department of Gothenburg University, in Sweden, and the Institute of Preventive Archaeology (INRAP), and Archaeological Unit of Saint-Denis (UASD), in France. This project has resulted in multiple research outputs, including a co-authored article ‘On / Off Message’ with Martin Westwood on the nature of trans-disciplinary collaboration, published in the peer-reviewed journal ‘O A R: The Oxford Artistic & Practice Based Research Platform’ (affiliated with Oxford University); and work being shown as part of the high-profile exhibition ‘The Materiality of the Invisible’ at Marres House for Culture, Maastricht (September – November 2017).

I am currently writing a book, titled ‘dd/U/mm/yyyy’ and co-authored with Martin Westwood, on transdisciplinary (mis)communication and encounter, to be published in May 2018, supported by Central Saint Martins and Jan van Eyck Academie; I am also co-organising a symposium on the same topic, to take place at the Jan van Eyck Academie in May 2018.