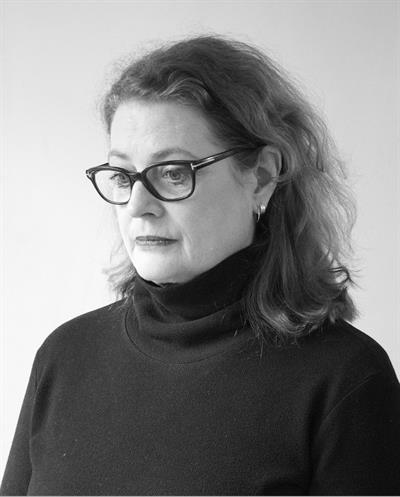 She has a practice-based PhD in Architectural Design from the Bartlett School of Architecture UCL, with practice supervised at the Slade School of Fine Art, UCL. Her work is interdisciplinary. She has written and published on the history and theory of film, art and architecture.

As a practitioner in artist’s experimental films Jane Madsen worked at the London Filmmakers Co-operative (later LUX). She consolidated theory and practice in her MA Fine Art at Middlesex University led by the late Jon Thompson. She currently teaches at London College of Communication, UAL and Westminster Universities.

Jane Madsen’s films, videos and installations have been shown in galleries, festivals and cinemas in the UK, EU and Australia, including, Tate Britain (as a part of the Blake exhibition), Venice Bienale at the Palazzo Bembo, 9th Experimental film Week, Madrid, and the University of Ghent (Belgium). Artist residencies: Learning Stone at Portland Sculpture and Quarry Trust, July 2012; the Jan Van Eyck Academy (Maastricht), ASK Department of Architecture, University of Ghent.

Jane Madsen questions how place generates practice, what is lost when we take from the landscape, how territory becomes contested; how uncertainty occupies action. Her work explores architecture, space and duration. A number of her films were developed from literary sources, philosophy and politics. Her work includes 16 mm film, video, still photography, and installations. Her experimental films and videos have taken the form of single and multi-screen works and essay documentary. Her work is experimental, poetic and interdisciplinary.

Jane Madsen’s area of interest is experimental thinking – this was the basis of her interdisciplinary, practice-based PhD at the Bartlett School of Architecture. Her research focused on the rise of the modern subject in the eighteenth century. The key themes of uncertainty and collapse were explored through the experimental thinking of the writer Heinrich von Kleist and in the experimental philosophy of Novalis and in Kant’s pre-critical scientific research. These ideas were explored and demonstrated through experimental 16 mm film and video practice.