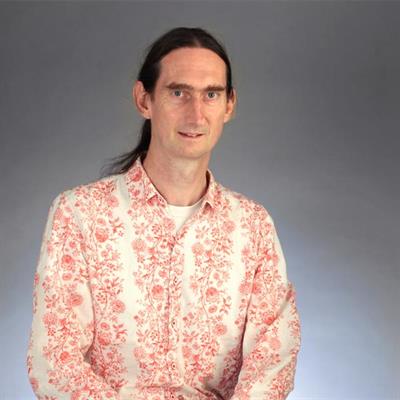 Ian Horton is Reader in Graphic Communication at London College of Communication, University of the Arts London. He has published work on: oral history and text-based public art; colonialist stereotypes in European and British comic books; the relationship between art history and comics studies; and public relations and comic books. He is co-editor of two forthcoming books Contexts of Violence in Comics (Routledge 2019) and Representing Acts of Violence in Comics (Routledge 2019), and is Associate Editor of the Journal of Graphic Novels and Comics.

His present research is focused in three related areas: experimental typography, Dutch graphic design and comic books. He has presented conference papers on self-published comic books and creative freedom; experimental typography and curatorial practices; information design and graphic narratives. Hard Werken: One for All (Graphic Art & Design 1979-1994) [co-authored with Bettina Furnee] is the first academic study of this influential avant-garde Dutch graphic design studio, and was published by Valiz in 2018.

Since joining UAL in 2007 his research activity has expanded in the distinct but overlapping fields of comic studies, graphic design and illustration, addressing the intersection between these disciplines. His concern with information design and comic books has most recently found its realization in the formation of the Applied Comics Network which focuses on comic books that are designed to inform as much as they entertain. The inaugural event was held in May 2015 and co-organized with fellow founder members John Swogger (Archeological Illustrator and Comic Book Artist) and Lydia Wysocki (founder of Applied Comics Etc). We have organised further Applied Comic Network events as part of the annual Comics Forum conference and presented our findings at other comics studies conferences both in the UK and internationally.