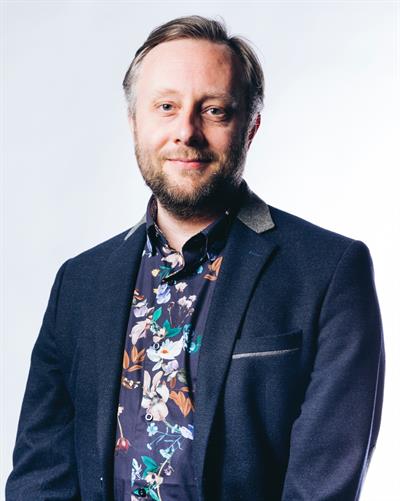 Dr Ian Hague is a Contextual and Theoretical Studies Coordinator and Research Coordinator in the Design School at London College of Communication. His research looks at sensory and material cultures, with a particular focus on comics and related forms. Ian is the author of Comics and the Senses: A Multisensory Approach to Comics and Graphic Novels (Routledge 2014). He co-edited Representing Multiculturalism in Comics and Graphic Novels (Routledge 2015), Contexts of Violence in Comics and Representing Acts of Violence in Comics (both Routledge 2020).

In 2009, Ian founded Comics Forum, an annual conference that runs as part of the Thought Bubble sequential art festival. In 2011 he launched the Comics Forum website, which publishes scholarship from around the world. In 2018 he co-founded the Comics Research Hub (CoRH) at UAL.

Ian is also an experienced designer. He worked as a PowerPoint Designer at OgilvyOne Business from 2014-2017, and as a freelance designer and illustrator. Previous clients include Adobe, Dow Corning, MasterCard, Oracle, Philips, SITA and Vodafone.