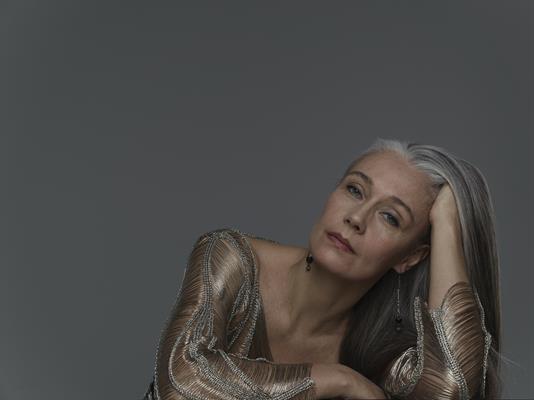 Helen Storey MBE, RDI is Professor of Fashion and Science at London College of Fashion. Her pioneering work over 20 years has brought the worlds of art and science together, producing hybrid projects and products that have broken new and award winning ground. These include Wonderland, Catalytic Clothing, Plastic is Precious, Dress of Glass and Flame, Dress For Our Time.

Helen is a social artist and designer living and working in London. She graduated in Fashion from Kingston Polytechnic in 1981, then worked with Valentino and Lancetti in Rome. She returned to London and worked with Belville Sassoon before launching her own label in 1983 with Caroline Coates. Storey’s late ‘80s and early ‘90s collections were noted for their questioning of traditional notions of glamour, expense and women’s image, including the launch of her recycling range, 2nd Life in 1992. In 1991, Storey won Most Innovative Designer of The Year and was nominated for British Designer of The Year by The British Fashion Council.
Helen was awarded Honorary Professorships at Heriot Watt University and King’s College London in 2001 and 2003 respectively and became a Visiting Professor of Material Chemistry at Sheffield University in 2008, she was awarded an MBE for ‘Services to Arts’ in 2009. In 2012 she was awarded Honorary Doctor of Science at University of Sheffield and Honorary Professor of Craft and Design at University of Dundee. In 2014, she was awarded Honorary Professor at University of Bournemouth and appointed an RDI (Royal Designer to Industry) by The Royal Society of Arts. In 2016, she was appointed the first ‘Designer in Residence’ at the College of Human Ecology, Cornell University USA and in 2018 – 2019 appointed the first UNHCR ‘Artist in Residence’ at Za’atari Refugee Camp, Jordan.