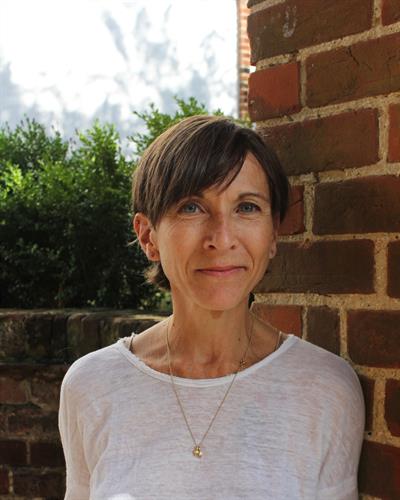 Hannah has explored and written about the role and value of the arts for people with a dementia and the complicated ways in which our culture represents ‘dementia’. Her work is characterised by a trans-disciplinary approach and she collaborates with a wide range of colleagues from clinicians to scientists and artists. Recently, she has investigated the possibilities of artistic co-creativity with people with dementia. Hannah's work combines theoretical rigour with real world knowledge of working with people with dementia. Hannah also works with mental health service users, psychiatrists and psychologists to challenge dominant narratives about mental illness.

In June 2020 Hannah was a key member of the team to be awarded UKRI-AHRC funding for the project 'COVID-19: Using multisensory culture boxes to promote public health guidance and to support the wellbeing of people with dementia in care homes'. Hannah helped design the study and develop the ethical protocol. She will subsequently co-lead the evaluation, analysis and dissemination of the study. In 2022 Hannah will be working with the Institute of Storytelling at UAL to extend this study.

In 2018 Hannah was selected, by Wellcome, as one of the pioneers in dementia due to her work in this area, for further details see: http://www.createdoutofmind.org/the-women-behind-dementia/. She was involved with the APPG (All party parliamentary group) on ageing and the arts (a report was published in 2017) and was a member of the Prime Minister’s Champion Group on Dementia and co-writer of the ensuing policy document about dementia friendly arts venues: https://www.alzheimers.org.uk/get-involved/dementia-friendly-communities/organisations/dementia-friendly-arts-venues.

From 2016 – 2018 she collaborated with an interdisciplinary group (including neuroscientists and musicians) at the Wellcome Created Out of Mind Hub http://www.createdoutofmind.org, exploring the dementias through science and the creative arts. During her residency as senior researcher there, she co-developed a way of working co-creatively with people with dementia (please listen to the BBC World Service programme to find out about 'With All': https://www.bbc.co.uk/programmes/w3cswvwc). Hannah was invited to participate in the Royal Academy ‘Festival of Ideas’ in a public lecture / conversation with the thriller writer and activist Nicci Gerrard about dementia and the arts (September 2018).

Hannah was principal investigator on an AHRC funded project Mark Making (http://markmaking.arts.ac.uk) a national review of the role and value of the arts for people living with a dementia (2014). This involved wide engagement with PWD, staff and artists running participative arts groups. This work project has attracted the interest of government bodies such as Skills for Care and public organisations such as the Royal Society for the Arts.

Hannah has also been pursuing her interest in the cultural representation of age and ageing with colleagues at LCF. She has worked closely with Dr Almila to examine intersections between clothing, creativity and later life for both men and women. This has resulted in several conference presentations and associated publications. In addition, she has worked with the Cosmetic Science department at LCF. This has resulted in the project and publication ‘Fine Lines’ with Caroline Searing that investigates the language of cosmetic advertising (with a particular focus on cosmeceuticals) pre and post the introduction of botox. Hannah is now working with Caroline to explore the role of make up for older women in ‘All Made Up’.

Hannah is a visiting research fellow at University of East Anglia (UEA).
She worked at many centres of excellence, including the Oxford Institute on Ageing, The King’s Fund, the Institute of Gerontology, King’s College London (KCL) and most recently at Wellcome. Working closely with Professor Anthea Tinker, at KCL Zeilig evaluated ‘age’ policy in Ireland surveyed housing for older people and analysed pension issues affecting women.

Prior to university based work Hannah created theatre with people with dementia at the ‘Age Exchange’ centre in Blackheath, London. This work had a profound influence on her research career.

As senior research fellow at LCF, UAL, when she was first in post Hannah curated a two-day event that provoked new questions in relation to age and the arts. ‘Mirror Mirror: Representations and Reflections on age and ageing’ took place in October 2013. It was a cross disciplinary, investigation of age and ageing through the humanities and the arts. Read the Guardian review of this event.

She has worked to develop a way of educating care home staff who work with people who live with dementia. This important collaborative project was based at UEA and has now been extended across Wales (University of Bangor 2019). The project used the arts as a means of educating the dementia care workforce. Hannah continues to spend time regularly at dementia care homes in East London with both the residents and staff, and feels privileged to be able to do so. This helps ground her research in the practical realities of living with a dementia.

Zeilig is an expert peer-reviewer for several key journals including ‘The Gerontologist’ and ‘International journal of Ageing and Later Life’, 'Dementia' and she is on the editorial board for the journal of 'Arts and Health'. Hannah is an experienced reviewer for national and international bodies including: Social Sciences and Humanities Research Council of Canada, MacArthur Foundation and UK research councils.