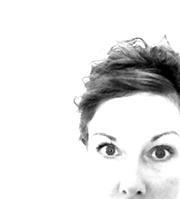 Fred is a Senior Lecturer, and a researcher, scenographer, theatre and performance designer.

Fred received an Arts Council Design Bursary and work has included for the Royal Shakespeare Company, Cardboard Citizens, The Almeida, The Gate, The Royal National Theatre Studio, and Grid Iron; designing for spaces that include an disused hospital, a derelict Jam Factory, a mortuary, a disused brothel, Victorian Town Hall cellars, a supermarket distribution complex and traditional Theatre Buildings. Fred has Master Training in Lego Serious Play and her research uses this and other methodologies combined with theories of play and collaborative performance making from a phenomenological pedagogic perspective.

Fred has exhibited at The Prague Quadrennial in 1999 and 2003, winning the Golden Triga and was selected to exhibit at The World Stage Design in Toronto 2005, and has design work in the V&A Museum permanent collection. Other awards include The Jerwood Design award and a Year of the Artist award. She is a committee member of the Society of British Theatre Designers, a member of Serious Play Pro. Co-convenor of the Scenography working group at TaPRA (Theatre and Performance Research Association), a Fellow of The Arts Foundation, and a Fellow of the HEA.

What does it mean to think Scenographically?

My Research considers Lego Serious Play methodology and other methodologies in combination with theories of play, and collaborative performance making from a phenomenological pedagogic perspective. Philosophically my research deploys theories pertaining to truth, and being as defined in Heidegger’s theories. Authenticity and non-authenticity support the core principle behind the notion of experiential concepts in the form of artefacts where their meaning is given and cannot be disputed. This challenges the usual visual or haptic readings of materials in performance making. My research explores the continuum of novice-expert in inter disciplinary teams within the field of collaborative scenographic performance making practice.

Currently I use Lego® Serious Play Methodology to explore teamwork and how flattened hierarchies can challenge nominal expertise, uncover hidden knowledge and competences and leads to new strategy making. By removing the expert artefacts of Scenography and Theatre making in the early stage of the process (scale models, costume, character, defined space and so on), and resisting the dominance of the written or spoken text, it is possible to uncover and manipulate a process of Scenographic Thinking that creates richer outcomes and has wider applications. How can Scenographic Thinking create new forms of dramatic engagement, of performance, of understanding the world? How can the consideration of Scenography as a thinking process throw light on research methods in Performance?