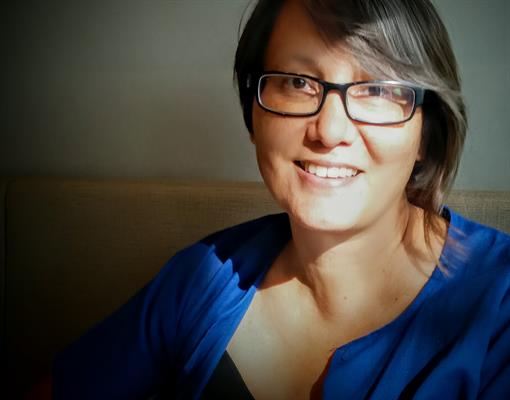 Erika Tan is an artist, researcher, curator and lecturer on the 4D Pathway, BAFA in Central Saint Martins. Erika studied Social Anthropology and Archaeology at Kings College, Cambridge, as well as Film Directing at The Beijing Film Academy, followed by an Advanced Diploma in Film & Video and an MA in Fine Art at Central Saint Martins.

Erika’s practice is primarily research-led and manifests in multiple formats. Whilst organised around the principles of contingency and participatory structures, there is a leaning towards the moving image, referencing distributed media in the form of cinema, gallery-based works, internet and digital practices. Evolving from an interest in anthropology and the moving image, the work is often informed by specific trans cultural, geographical or physical contexts. Ongoing research focuses on the postcolonial, transnational and decolonial - working with archival artefacts, exhibition histories, received narratives, contested heritage, subjugated voices and the transnational movement of ideas, people and objects. Particular interests have included the discursive connections between the technology of cinematic green screen space to that of the museum and its technologies of dislocation (with particular focus on the colonial Museum in ‘Malaya’ and the repatriation of objects - with no shadow); the digitisation of collective cultural memory and cloud architecture through the prism of ruins, hauntings, and mnemonic collapse; the methodologies and processes by which historically over-looked or ‘forgotten’ subjects are re-animated (The ‘Forgotten’ Weaver series explores through a series of 6 works a Malayan expert weavers importance to post-colonial discussions around historical omissions and art historical canonisation with particular reference to the Singapore context).

Erika’s work has been exhibited internationally and included in As the West Slept, World trade Centre Tower 4, New York; By All Estimates, 4A Gallery, Sydney; Diaspora Pavilion, Venice Biennale 2017; Artists and Empire, Tate/National Gallery Singapore; A Gift to Those Who Contemplate the Wonders of Cities and Marvels of Travelling, BankART, Japan; Persistent Visions, Vargas Museum, Philippines; NO HAY CAMINO, LABoral, Spain; Murmur, Waterside Project Space, London; Mining the Archive, Centre A, Vancouver; The 2006 Singapore Biennale, Thermocline of Art - New Asian Waves in ZKM, Germany; 'Cities on the Move' at The Hayward Gallery, London. She has worked on commissions from National Gallery Singapore; NTU Contemporary Centre of the Arts, Singapore; Film & Video Umbrella, Picture This, BBC Radio London, Channel 4, creating both permanent and temporary projects in the UK and abroad. She was a nominee in the 2012 Samsung Digital Art Plus Prize, awarded an ACME 5 year Fire Station Residency in 2001, received the Arts Foundation Digital Arts Fellowship in 1998, and made her first publicly funded video work ‘Passing’ with support from the Arts Council’s Black Arts Video Award in 1993.

Recent writing projects include Come Cannibalise Us, Why Don't You? Sila Mengakanibalkan Kami, Mahu Tak? A publication which accompanied a solo exhibition of the same title in NUS Museum Singapore. And Now China? A special issue of Ctrl+P Journal of Contemporary Art, in which the impact of China’s ascendance in the international art world is approached through the responses of practitioners, writers, cultural commentators in South East Asia and further afield.

As an extension to my practice, I have also curated and managed art projects such as The ICA in China; Imaginaria Digital Art Prize '99; HUB @The RiCHMiX, an urban regeneration project; Souvenirs, interventionist project in Museum Street, London and most recently The Supplementary Museum, a critical engagement project in Brighton Museum. I have also had a long-standing interest and engagement with the Chinese Arts sector in Britain, working in a range of capacities from community worker, freelance researcher, curator and arts consultant. Recent curatorial projects include Sonic Soundings / Venice Trajectories - a geo locational sound project located in Venice (2017-) www.sonicsoundings.com.