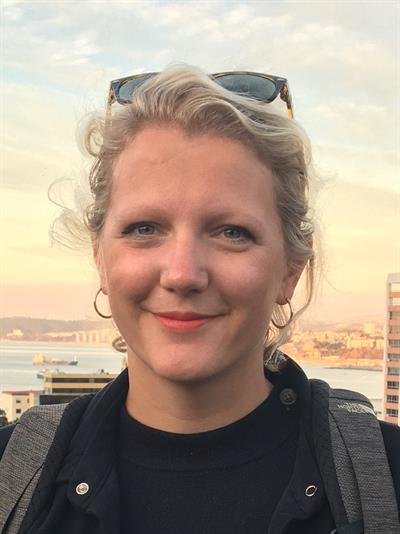 Elizabeth Kutesko is Lecturer in Cultural Studies at Central Saint Martins across the BA Fashion, Textiles and Jewellery programmes. Since 2012, she has taught BA and MA courses in dress, body and visual culture at NYU London, Richmond International University, the Courtauld Institute of Art, the Royal College of Art, the University for the Creative Arts and Winchester School of Art.

Elizabeth completed her AHRC-funded PhD at the Courtauld Institute of Art in 2016, which examined the representation of Brazilian dress in National Geographic magazine. Her book Fashioning Brazil: Globalization and the Representation of Brazilian Dress was published in 2018 by Bloombusyr. She has also published an article based upon this research in the February 2016 Brazilian Fashion special edition of Fashion Theory: the journal of dress, body and culture.

She is currently beginning a new project which examines narratives of dress and history in an unknown photographic travel album produced in 1914 by the American photographer Dana B. Merrill. The album, entitled Views of the Estrada de Ferro Madeira e Mamoré, Amazonas & Matto Grosso, Brazil, documents the construction of the 367-km Madeira-Mamore railway (1907-1912), known as the ‘Devil’s Railroad’, throughout the Brazilian Amazon. It provides a fascinating insight into the identities and clothing choices of the various individuals involved in its construction, whether U.S. engineers, Brazilian officials, workers on the track who had travelled from all over the world, or diverse indigenous groups living within Brazil.