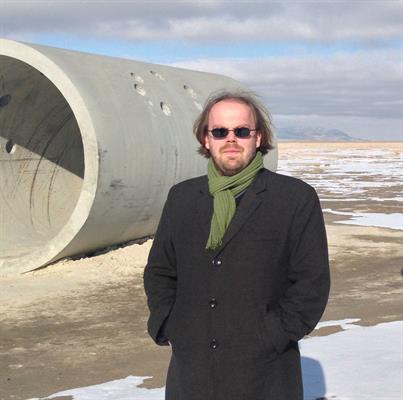 Duncan Wooldridge is an artist, writer and curator. He is the Course Director for BA (Hons) Fine Art Photography at Camberwell College of Art. His curatorial work includes the two-site group survey exhibition, Anti-Photography, at Focal Point Gallery and Beecroft Art Gallery, Southend, in 2011, and John Hilliard: Not Black and White, at Richard Saltoun Gallery, London, in 2014. A parallel book, ‘John Hilliard: Not Black and White’, is published by Ridinghouse. In 2019 he curated the exhibition 'Moving The Image: Photography and Its Actions' at Camberwell Space, as part of the Peckham 24 Photography Festival.

Duncan writes regularly as a critic and essayist in magazines and books. He has written regularly for Art Monthly, Artforum, Over (PhotoIreland), FOAM Amsterdam, and 1000 Words Photography Magazine. Four essays were included in the recent 10-year anniversary edition of 1000 Words Magazine '10 Years: 2008-2018'; He was a contributor to 'Photography Reframed: New Visions in Photographic Culture' (IB Tauris), and has contributed essays to recent Monographs on Niko Luoma and Ryudai Takano). He is the author of 'To Be Determined: Photography and the Future' (SPBH Editions).

His research concerns the possibilities of critical in and around what Vilem Flusser has called ‘The Universe of Technical Images’: the widespread adoption of mechanically reproducible technologies, such as photography, video, digital text, 3D printing, and printmaking, in a culture of immaterial labour and supposedly dematerialized technologies. He is concerned with the everyday uses of readily available images, especially the reproduction of the work of art, which represents a kind of ‘zero degree’ of the photographic. His artistic practice focuses on making visible the decisions, constructs and expectations that surround the reproduction image, and sets out to explore potentiality over documentation through subtle alterations or extensions of the image’s functions.

Current research interests include: Futurity in contemporary art and photography; Photography's early and proto-histories, including the history of the experiment; Print-on-demand technologies; Systems and structures of circulation and distribution in the art object.