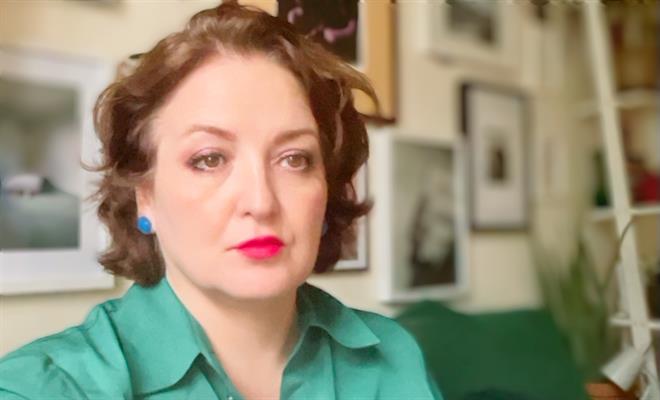 Anne-Marie is a visual artist based in London. Her work experiments with cinematic and theatrical forms, often linking theatre, painting and cinema.

Creamer studied at Middlesex University and the Royal College of Art. In the 1990s she was part of the group of artists responsible for the artist-led Cubitt Gallery, and she has also worked as a curator and talks programmer, including roles at Delfina Studios Trust and Parasol Unit. Commissions include work for Progetto GAP (Italy), exhibited at the Italian Association of Architecture and Criticism, Rome, and Il Museo Ferroviario della Puglia, Italy, (2015), and for Sogn og Fjordane Kunstmuseum, Norway (2014).

I am interested in theory and practice which explores the links between theatre, painting and cinema. My work experiments with cinematic and theatrical forms using digital film, fiction, drawing, theatre, written films, filmed staged scenarios, live voice-over, performative lectures or readings, and scripted tours; together proposing a form of theoretical fiction that dramatises the boundary between representation and presence.

For me narrative is complexly entangled in place and my work often develops from a tenacious attitude towards research, which coupled with chance, I develop into highly scripted narratives featuring occluded histories that are melancholic but wry, corporeal, often intense.