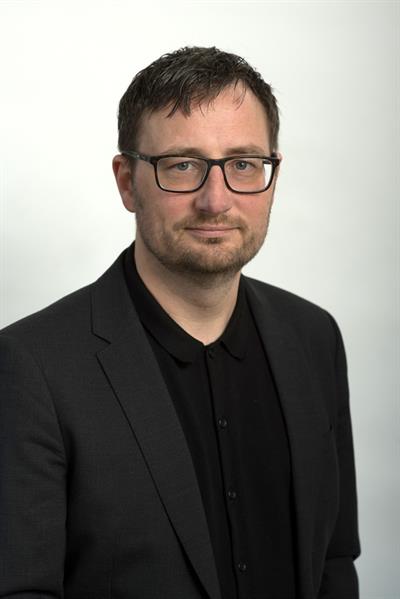 Andrew Teverson is Pro Vice-Chancellor, Head of London College of Fashion, and Professor of Cultural History and Critical Thinking. He has a PhD from Goldsmith College, University of London, and a BA and MA from Durham University, where he studied literature and philosophy. Andrew’s previous roles include Associate Dean for Learning and Teaching in the Faculty of Arts and Social Sciences at Kingston University, Head of the School of Arts, Culture and Communication at Kingston University, and Assistant Director of the University of London External Degree in English.

As a scholar and researcher, Andrew has published widely on the subjects of folklore, fairy tale, and contemporary fiction and culture. His recent publications include a critical edition, The Selected Children's Fictions, Fairy Tales and Folk Tales of Andrew Lang (Edinburgh University Press, 2021), the edited collection The Fairy Tale World (Routledge Worlds Series, 2019), and a two volume critical edition of the scholarly writings of Andrew Lang (Edinburgh University Press 2015, with Alexandra Warwick and Leigh Wilson). He has also published on the work of Joseph Jacobs, Vikram Chandra, Angela Carter, Anish Kapoor, Salman Rushdie, Tom Phillips and Samuel Selvon, and was co-editor of Postcolonial Spaces: The Politics of Place in Contemporary Culture (Palgrave 2012). Currently Andrew is working on a cultural history of the fairy tale in England, and is editor of the sixth volume of Bloomsbury’s Cultural History of Fairy Tale (The Modern Age).

Andrew is a member of the International Society for Folk Narrative Research, sits on the editorial board of Gramarye, and is on the advisory board for the Chichester Centre for Fairy Tales, Fantasy and Speculative Fiction.

Andrew is interested in all aspects of the study of folk narrative, fairy tale and storytelling, and his research ranges across the analysis of literature, film, visual culture, material culture, cultural history and critical theory.