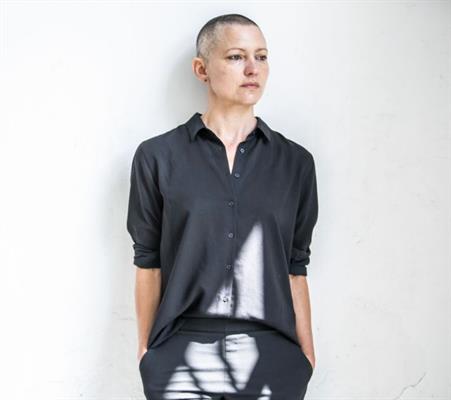 I am an artist and filmmaker and my work calls for a profound re-imagining of the relationship between people, place and ecology. Focusing on marginalised individuals, communities and experience, I use hybridity and narrative de/re-framing, alongside reverie and a creative waywardness. Informed by suppressed histories, and alert to sources of radical hope, my work prioritises an enduring and equitable co-existence.

I am currently working on Wayfaring Stranger, a major feature and installation commission by The Wapping Project (2023).

Films include the award winning Artangel-produced 'Here for Life' (2019), which received its world premiere in the Cineasti Del Presente international competition of the Locarno Film Festival, 'Erase and Forget' (2017), premiering at the Berlin Film Festival (nominated for the Original Documentary Award), 'Estate, a Reverie' (2015) (nominated for Best Newcomer at the Grierson awards) and 'Taskafa, Stories of the Street' (2013), written and voiced by the late John Berger.

I co-edited the books 'Estate: Art, Politics and Social Housing in Britain' (Myrdle Court Press) and 'Doorways: Women, Homelessness Trauma and Resistance' (House Sparrow Press) and have published extended essays in 'Strangers Within: Documentary as Encounter', 'Open Democracy', 'La Furia Umana', ‘Another Gaze’, among others.

I received the 2020 Filmlondon Jarman Award, with Michelle Williams Gamaker, Rosie Hastings & Hannah Quinlain, Jenn Nkiru, Larissa Sansour, Project Art Works. Our statement: "Art and artists have the power to make change and for this reason we want to share the prize as a statement of equity for the works we are all invested in making and those they give voice to… We believe that our cultural contribution takes on increased resonance, despite the difficulty of the circumstances we find ourselves in. Our work stems from a multiplicity of perspectives that we cannot privilege, one over the other...”'

My work is held in the Arts Council Collection, the BFI National Archive, and libraries internationally.

I grew up on a council estate and left school at 16 due to not fitting into mainstream education.