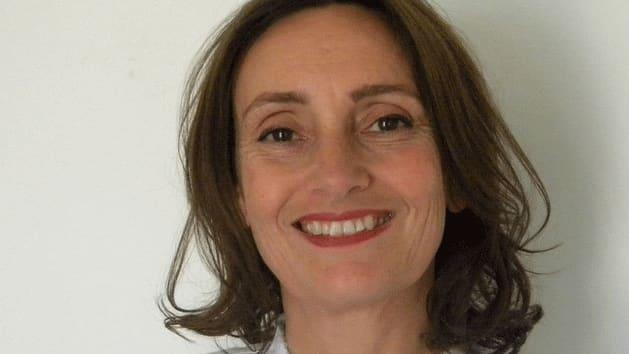 Professor Amy de la Haye is a fashion and dress historian, writer and curator. Her work is united by an emphasis upon interpreting items of fashion and dress, often imprinted with wear, to tell stories about lives lived. She titles most of her lectures ‘Objects of a Passion.’ She is also fascinated by ‘absent’ objects’ – what does not survive and why. Archives and Museum stores are her prime research sources and she is fascinated by museology.

Amy studied design history at Brighton University and has an MA in Cultural History (by thesis) from the Royal College of Art.
CURRENT ROLES: She is Rootstein Hopkins Chair of Dress History & Curatorship at London College of Fashion, where she serves as Joint Director, with Professor Judith Clark, of the Research Centre for Fashion Curation; teaches on the MA Fashion Curation pathway and supervises, primarily practice-based and led, PhD students (she has 6 completions and has examined 5 PhDs). She is joint author (with Judith Clark and Jeffrey Horsley) of Exhibiting Fashion: Before & After 1971 (Yale University Press, 2014). In November 2019 the Research Centre is staging a series of events to mark the 25th anniversary of the Streetstyle: from sidewalk to catwalk exhibition she co-curated at the Victoria & Albert Museum (V&A) in 1994.

CURRENT PROJECTS: Her current core project is Ravishing: The Rose in Fashion which will comprise the major exhibition at Fashion Institute of Technology (New York) for fall 2020 and a book (Yale University Press) of the same title. She regularly appears on panels for SHOWStudio and was filmed examining an Ann Demeulemeester outfit in 2018; and gives interviews on screen and radio.

Amy has 3 CORE PRACTICES – curating, writing and teaching and these are very much entwined. She ahs also worked as Creative Consultant within the fashion industry.

CURATORIAL WORK: She has worked as a curator in regional (Brighton and Hove) museums; was Curator of 20th Century Dress at the V&A from 1991-1999; has curated exhibitions in retail spaces (Selfridges and Carnaby Street) and in the context of the university gallery (LCF). Her major exhibitions include ‘Streetstyle: From Sidewalk to Catwalk’ (V&A 1994), ‘The Cutting Edge: 50 Years of British Fashion’ (V&A, 1997), ‘One Woman’s Wardrobe’ (V&A, 1998), ‘Catherine Walker: A British Couturière’(V&A,2003) ‘The Land Girls: Cinderellas of the Soil’ (Brighton Museum, 2009) and ‘Coco Chanel: A New Portrait by Marion Pike. Paris 1967-1971’ (LCF 2013 and Polazzo Morando, Milan, 2013-2104, Washington D.C. 2017). In 2005 she co-curated with Lou Taylor and Eleanor Thompson ‘Fashion & Fancy Dress: The Messel Family Dress Collection 1860-2005’ (2009) and co-created (deliberate use of the term) with Martin Pel and Jeffrey Horsley, Gluck: Art & Identity’ (Brighton Museum, 2017). She wrote or co-authored publications to accompany these exhibitions. Gluck: Art & Identity, co-edited with Martin Pel, was nominated by the Times Literary Supplement as one of their books for 2017.
WRITING: Amy has published some 60 texts.

She is author of Chanel: Couture and Industry (V&A, 2013), wrote for the catalogue of the touring exhibition The Chanel Legend (2013-14) and has just written a chapter on Chanel and Fashioning Flowers for a catalogue of a 2020 exhibition at Palais Galiera.

Her first book was Fashion Source Book (McDonald Orbis, 1988). She writes academic papers for Fashion Theory and has served as joint guest editor for the special issue on Vogue (2006) and as guest editor for the special issue on practices of collecting fashion (2018). She edited the Fashion Curation section of Berg’s World Encyclopedia of Dress and Fashion (2010) and the Materiality section of Handbook of Fashion Studies (Berg/Bloomsbury, 2013) She is joint author with Valerie D. Mendes of Fashion Since 1900 (Thames & Hudson, WOA series, 2010), Lucile: London, Paris, New York & Chicago’ (V&A, 2009) and Worth: A Portrait of an Archive (V&A, 2014). With Edwina Ehrman she edited London Couture 1923-75. British Luxury (V&A, 2015) which comprised the core research for the film Phantom Thread (2018) directed by Paul Thomas Anderson.

TEACHING is a core part of her practice. She has lectured and run workshops within museums, universities, schools, a women’s prison, home for the elderly and self-referral unit for people with mental health issues.