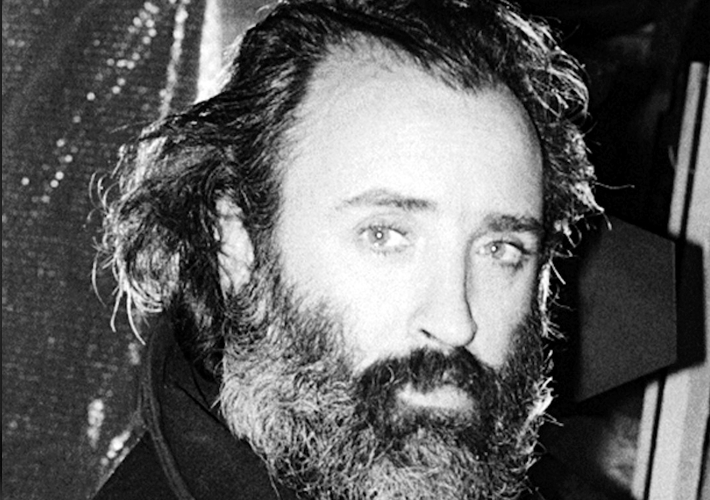 Mike Nelson RA was born in Loughborough in the East Midlands. He recalls a rural boyhood between the industrial towns, where his father worked as a mechanic and factory manager. It was he who brought home an industrial barrel of debris from the textile factory for his son to play with and make catapults, bows and arrows.

Nelson was at his most engaged at school on the hockey pitch, which led him to be a member of the Midlands squad at one point, and during art lessons, which proved to be the most defining part of his education.

“I think the outlet of art allowed me to express an intelligence that’s not measured in the same way as the academic subjects,” he said.

In 1986 he was awarded a place to study fine art at Reading University, where his final show included a tent of nylon webbing stencilled with a mixture of Islamic drawings and William Morris designs. He was also taught by the installation artist Richard Wilson, who also employed him as a builder, whilst rebuilding his house, between shows in his early career.

Nelson enrolled on the sculpture MA at Chelsea College of Arts under Shelagh Cluett in 1992, before beginning his career in the 1990s, working as a lecturer and builder to supplement his income.

In January 2000 he completed The Coral Reef, a work that attracted the judges’ attention for the Turner Prize in 2001, and resided in work conceived specifically to store it within that presentation. He was nominated for the Turner Prize a second time in 2007. In the same year he made A Psychic Vacuum, an installation that sought to attribute an increase in esoteric belief in New York to the physical absence of the World Trade Centre, and the ideology that perpetrated it. It was made in a former market in the Lower East Side of Manhattan for Creative Time.

In 2011 he represented Great Britain at the Venice Biennale with I, Impostor, an installation that referenced an earlier work for the Istanbul Biennale in 2003, re-evaluating the two cities’ historical relationship within the context of contemporary political events in the Middle East.

He was elected to the Royal Academy in 2013.

Examples of his work are held by public and private collections including the Tate Collection, the Arts Council Collection, Moderna Museet in Stockholm, and the Renne Collection in Vancouver.