Interchange: “a changing of places, as between two persons of things, of one with another.” 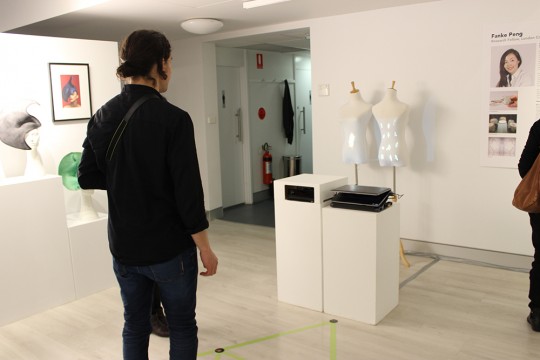 The UAL Alumni Australia Alumni Group’s ‘Interchange’ exhibition was the inaugural event for the UAL Australian Alumni group and showcased the work of a range of UAL alumni from the areas of digital design, graphic design, industrial design, conceptual design, fashion, and film. The exhibition was held at the Gallery of Australian Design, which is strategically placed in the nation’s capital and shows a range of the best design work across the nation.

The opening show on 11 September was well attended with alumni making the trip from Melbourne and Sydney. Following a “high tea” with champagne, cakes and sandwiches, the show was opened by the Deputy High Commissioner to the British High Commission, Mr Tony Brennan, who gave a speech about the importance of UK-Australian partnerships. Mr. Brennan also spoke of the great benefit of exchange between our two countries and the wealth of creativity that stems from these exchanges. 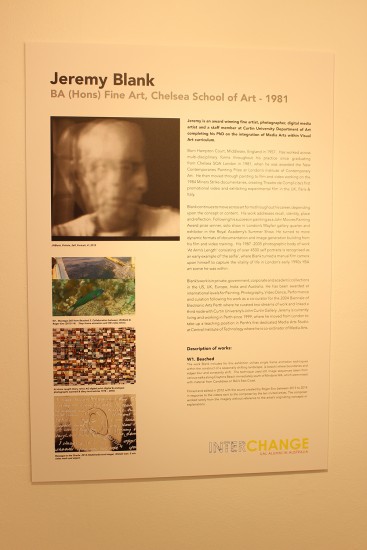 Recent graduate Gillian Jo Chiao Fang (CSM, 2014) a resident of Melbourne, showcased her conceptual design work, and Professor Lyndon Anderson (CSM, 1997), the Dean of the Faculty of Arts and Design at the University of Canberra, displayed his award winning furniture design.

Lisa Scharoun (CSM, 2002) and Fanke Peng, (LCF, 2013), design academics at the University of Canberra and founding members of the UAL Australian Alumni group, organized the show and also displayed their most recent work. Lisa, a graphic designer, photographer and artist, displayed her award winning posters for the Australian Paralympic Teams as well as a design for a child health and vaccination system that she created for the Bill & Melinda Gate’s foundation. Fanke, a digital and fashion designer, created a new interactive digital piece using Kinect motion sensors.

And finally, Melissa Jackson (CSM, 1998) a milliner and fashion designer based in Melbourne, displayed a colourful range of straw hats.

The exhibition will be open until 30 September 2015, so check it out if you have the chance!

You can also watch a video about the exhibition here. 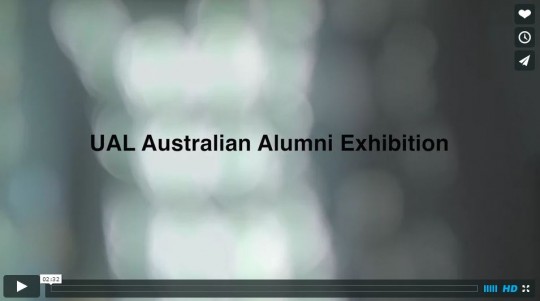 The group really enjoyed the exhibition and look forward to hosting more events around Australia in the future!  You can get in touch with them at ualaustralianalum@gmail.com.

For all the photos of the event click here.