This summer UAL turned 10. (We’re a modest bunch so didn’t scream it from the rooftops plus we didn’t want you to feel like you had to buy us a present or anything). In 1986 London College of Fashion, London College of Printing (now LCC), Chelsea, Camberwell and Central Saint Martins all came together to form the London Institute (LI). It wasn’t until 2003 LI received Privy Council approval for university status and in 2004 LI was renamed University of the Arts London, with Wimbledon joining the family two years later. In homage to this little celebration, the Alumni Relations team have come up with 10 of their favourite high profile projects/designs/creations worked on by some of UAL’s renowned graduates.

Joe Wright (Camberwell, Art & Design, 1991 and Central Saint Martins, BA (Hons) Fine Art, 1996) and Sarah Greenwood (Wimbledon, Theatre Design, 1982)
Anna Karenina (2012)
Alright, Keira Knightley and Jude Law might not be everyone’s cups of tea. If they’re not, don’t lettheir starring roles in this 2012 British romantic epic distract you from what is a beautifully hypnotic remake taking you into Leo Tolstoy’s 1877 novel based amongst the Russian aristocracy. The film coupled together brilliant direction from Joe Wright and stunning production design from Sarah Greenwood. This is not the only time the duo have created a cinematic masterpiece together, they also collaborated on Pride & Prejudice (2005) (although, sorry, nothing beats Colin Firth’s Mr Darcy from the BBC’s 1995 version) and Atonement (2007). Both have received honorary fellowships from us. 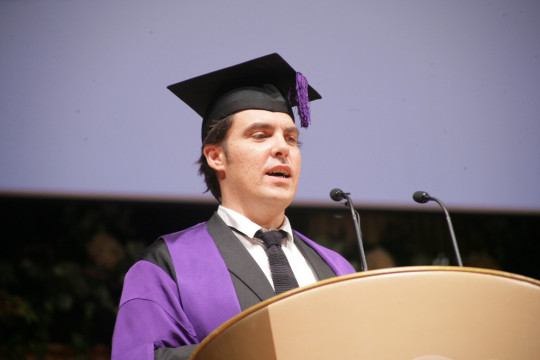 Dr Tom Karen (Central School of Arts and Crafts, Industrial Design, 1956)
The Raleigh Chopper
As Managing Director and Chief Designer at Ogle Design, the British/Czech Industrial Designer is known for overseeing the design of some of the most loved cultural icons of the 1970s. Not only does this include the Raleigh Chopper (fondly remember by all the cool kids), but Karen also oversaw other design classics such as the Bush Radio TR130,Bond Bug, the Reliant Scimitar GTE, and, most importantly, Marble Run! (Image: Tom Karen on a chopper, from thedrum.com)

Colin Firth (Drama Centre London, BA (Hons) Acting, 1982)
The King’s Speech
We adored him anyway, most obviously for his previously mentioned 1995 portrayal of the oh so grumpy but oh so wonderfully kind and handsome (swoon) Mr Darcy in BBC’s Pride & Prejudice. But, it was his performance as King Edward VI in 2010’s The King’s Speech that won him international praise. For this, he picked up an Academy Award, BAFA, Golden Globe and three Screen Actors Guild Awards. Colin was awarded an honorary fellowship from UAL in 2012.

Sir Anish Kapoor CBE (Chelsea, MA Sculpture, 1978)
The Orbit
Who could forget, after many years of moaning about the potential chaos it would bring to our streets and the amount of money it was going to cost, London 2012! The summer that united the nation and showed the world that the UK really did know how to throw a good party (and do rather well at all the sporty stuff too).  At the centre of it all was the Olympic Park in London’s East End crowned with Anish Kapoor’s towering masterpiece, The Orbit. Standing at a whopping 114.5 metres, The Orbit is Britain’s tallest piece of public art and remains a permanent lasting legacy for the public to enjoy. Sir Anish Kapoor received an honorary fellowship from UAL in 1997. 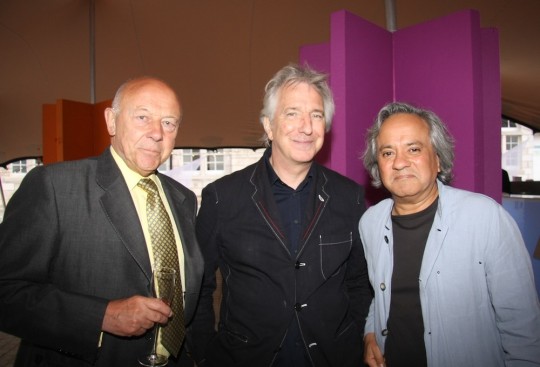 Chris Ofili (Chelsea, BA (Hons) Fine Art, 1993)
Painting (use of unique materials)
This Turner Prize winning artist is well known for his use of elephant dung…..mmmmmm nice. Ofili’s work is concerned with issues of black identity and experience, and frequently employs racial stereotypes in order to challenge them. He won the 1998 Turner Prize for the inventiveness, exuberance, and technical richness of his painting. We think his work is stunning. (Image: Chris Ofili’s “Blossom”)

Sir Peter Blake CBE
Sgt. Pepper’s Lonely Heart Club Band
Ok ok he didn’t ACTUALLY study with us, but Sir Peter is a much loved member of our community as a former tutor at St Martins and UAL Honorary Doctor. One of the founders of British pop art, exhibitions of Sir Peter’s work have been held worldwide and had a considerable influence on pop culture, most notably through his record sleeve designs.  He produced the iconic design for the cover of the Beatles’ album Sgt. Pepper’s Lonely Hearts Club Band in 1967 and designed the cover of everyone’s favourite Christmas sing-a-long… Band Aid’s Do They Know It’s Christmas?

Sarah Burton OBE (Central Saint Martins, 1996)
“That Dress”
Sarah joined Alexander McQueen Ltd on a work placement in 1996 whilst still at CSM, returning to the company straight after graduation, becoming Creative Director in 2010 after Alexander McQueen’s death. Burton has created designs for Michelle Obama, Cate Blanchett, Lady Gaga and Gwyneth Paltrow. However her most notable design was that of the most talked about dress of the decade (probably)… Catherine Middleton’s wedding dress for her marriage to Prince William, Duke of Cambridge in April 2011. For her achievements, we award Sarah with an honorary fellowship in 2013. 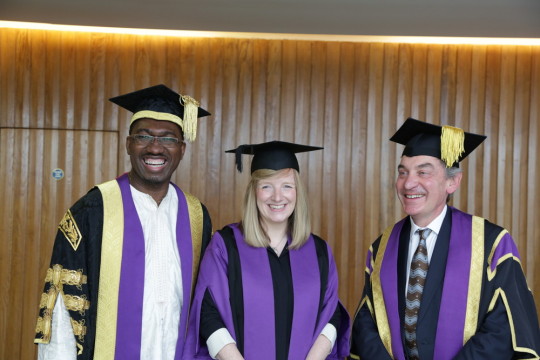 Jefferson Hack and John Rankin (London College of Communication, 1986)
Dazed & Confused
Jefferson and Rankin (as in the fashion and portrait photographer) met during their time at college and decided to start a working relationship, they thought it would be a marvellous idea to produce a magazine after graduation, ta da! Dazed & Confused was born in 1992. The well-known monthly British cultural magazine covers music, film, fashion, art and literature and is now known simply as Dazed.

Harriet Vine MBE and Rosie Wolfenden MBE (Chelsea, 1999)
Tatty Devine
It’s not one piece in particular we love, it’s the whole lot! Rosie and Harriet founded the London based brand Tatty Devine in 1999. Since then Tatty Devine has become famed for its wonderful acrylic based jewellery, popular with normal people like us, the fashion elite and royalty. They were both awarded MBEs in 2013 for their services to the Fashion industry.