Student voices: Ammar Alsaker and his route to LCF

At LCF our students come from diverse backgrounds and all have a story to tell. Flavia Tritto interviews BA (Hons) Fashion Visual Merchandising and Branding student Ammar Alsaker about his extraordinary journey to LCF.

Ammar Alsaker is a second year Fashion Visual Merchandising and Branding student and, like many international students, he arrived in London just before starting university. However, unlike many UAL international students, his route to London was long and challenging. Ammar, now 23 years old, arrived to London after escaping the harsh living conditions in war-torn Syria and the Assad regime’s mandatory draft. 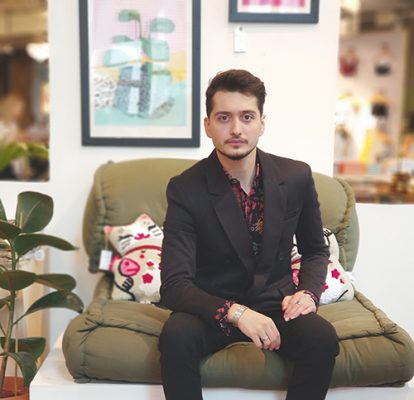 Leaving his beloved family, he legally drove to Lebanon, and from there to Turkey, where after two months, he found a smuggler who, for $1000, put him on a small rubber boat heading in the direction of Greece. “This was the biggest test of my life” Ammar says “because the sea can swallow you easily.” He found himself in the middle of a stormy sea with 75 people, and a broken engine.  “After landing I thought that that was it, but actually it was just the start of the journey.” When he arrived on Lesbos Island he was put in a detention centre for two nights and then in a UNHCR emergency camp in Idomeni for 6 months, as Macedonia had just closed its border. 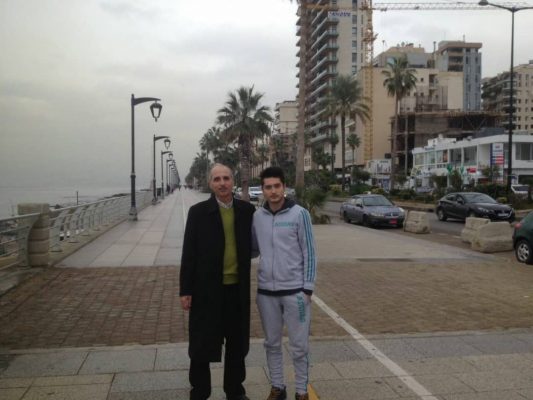 Ammar and his dad in Lebanon before he travelled to Turkey

Despite the hardship and overcrowding of the emergency camp (which counted more than  over 15 thousand perople) Ammar managed to think positively and turn the situation in his favour. Stepping up, he earned the trust of a journalist who was in Idomeni to cover the migrants’ critical situation, and started working as a translator and a fixer for journalists from big international news media. “I was sleeping in a tent and making money, and I new that that wasn’t my final destination.” 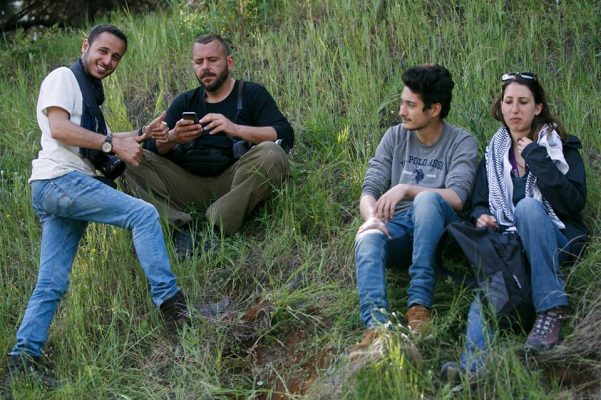 Working with journalists on the Greek border

After 6 months of work he had the $6500 necessary to get another smuggler give him two passports and tickets to go from Greece to the UK, passing from Belgium and Spain. When he finally got to Glasgow, alone and scared, he sought help with the authorities, applied to get the refugee status and became an asylum seeker.

“I had to spend four months there, some of which sleeping in the streets”, he says retracing the difficulties he had to face upon his arrival to the UK. But he was then relocated to London by the Home Office. “I was very lucky. Being sent to London was just perfect and motivated me to go forward!”

Once there, he was determined to do his best to make the most of his life, by going to university to guarantee his future: he applied to Visual Merchandising at LCF, obtained refugee status, the IELTS certification, a student loan, and got accepted.

Once enrolled, Ammar blended with the LCF student community and leads an ordinary life, except for the fact that he is a refugee: “At LCF I feel like a normal person,” he says “but there are some ways in which I am different from my schoolmates: I am mindful of where I come from and of my journey, and for this reason I have different priorities, I have a vision. […] Being a refugee means appreciating what you have right now, knowing that you can lose it all in a night.” To emphasise this point he says he focused and studies hard,  and this paid off with all A grades in first year. 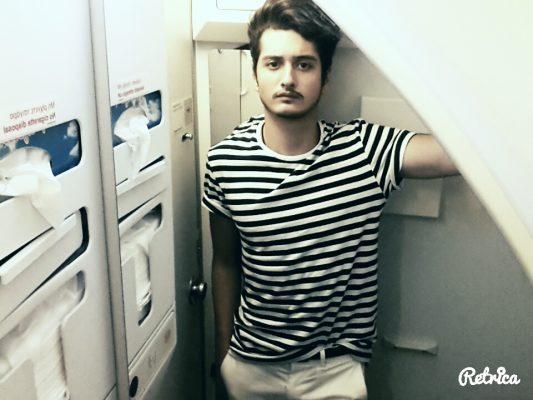 For his future, Ammar has very clear plans, and  he is already working to realise them. He works as a visual merchandiser for Topshop  wants to advance his career with the brand. He constantly seeks discomfort and sets new challenges for himself.

Ammar is a very positive and enthusiastic guy, but a veil of sadness follows him. “A difference between me and my friends here is that I am not allowed to go back home and see my family, nor to have them here. That’s a big thing that people should appreciate.” It’s been four years since Ammar last saw his parents, his brothers and sister. Because of his family’s situation, Ammar has been campaigning for family reunification with Oxfam, representing refugees before Parliament and speaking with MPs, sharing his story in order to make family reunion easier.

“I would love my family to come here. Knowing that they are in Syria holds me back from being completely comfortable with my life here. It’s not peaceful there, and it’s not only about the bombing. There are dangerous and violent checkpoints, harassment, kidnappings. There is oppression.”

When asked why he wanted to share his story Ammar says: “What’s the point of having a big story and not telling it to people? It’s my duty to do so, it’s my duty towards other refugees and towards all the other people, to make them appreciate what they have. The media make you think that refugees are bad, but I made my point to prove everyone wrong. […]Once you feel like you are doing good things and you are being successful, that’s when you want to show people that you are a refugee.”

“I am proud to be a refugee right now and to share my story with other people. I became the person I am during the journey I’ve taken, and I totally appreciate it.” 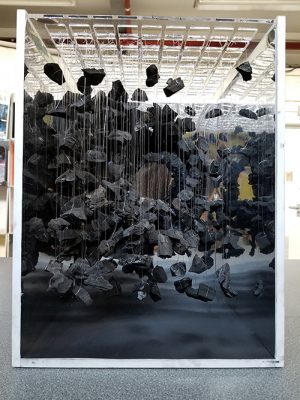 Before the end of our meeting, Ammar proudly shows me his first term’s first project, where he designed a concept for a retail space and its window display. The concept revolves around refugees’ (fake) life jackets and rubber boats, which, left on Greek island’s shores, are at once a trace of a present collective pain, and a threat for the future of the environment. The image shows charcoal stones floating in front of a dark hole situated at the bottom of the window. It’s full of gravity and emotions, and it reveals the indelible marks of a  tragedy that is affecting many in the world, a tragedy that no one should remain indifferent to.