London College of Fashion presented LCFMEN at this year’s BA16 series of events, a day of activities and events exploring masculinity in the modern age and its relationship with fashion. We recap on the day that included a talk with legendary subculture photographer Derek Ridgers.

Taking place at Nicholls & Clark, the same venue as our BA16 exhibition, the day consisted of performances, dance, theatre, readings, monologue, music and more from a variety of students, designers, alumni and close associates of LCF. The cross disciplinary acts allowed students to show their work in new and exciting ways, which included live illustrations with a public sitting. 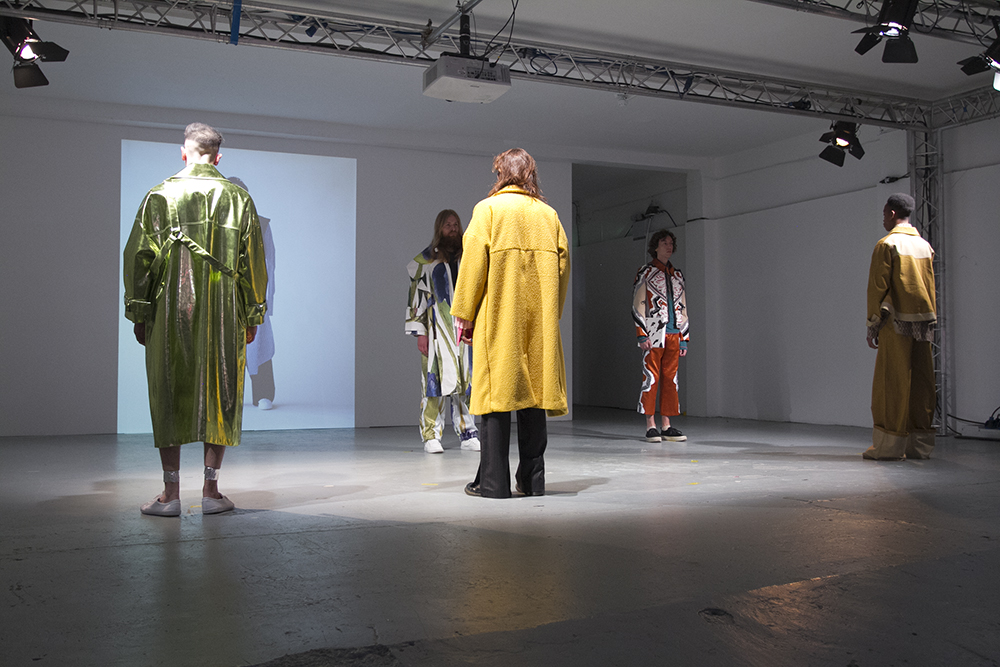 Students showcasing their work at this year’s LCFMEN event for LCF BA16.

The day began with a Menswear presentation in the main room with students from multiple courses showcasing their collections. BA (Hons) Fashion Design Technology: Menswear course leader, Tom Adams, pulled together several students from his own course and across the College to showcase the brilliant menswear work from this year’s cohort. The show was followed by Eunbyeol Choi, before a talk about the New Male consumer. The talk detailed the rise of modern male buying patterns alongside technology trends that are shaping the way fashion is presented and bought online. The talk was followed by another Menswear presentation with more Menswear students getting the opportunity to show their graduate collections.

The afternoon’s In Conversation with LCF’s Shaun Cole and Photographer Derek Ridgers covered Derek’s thirty year career which has established him as one of the country’s most renowned subculture and fashion photographers. The pair discussed skinhead culture, masculinity, fashion and Britain’s music scene from the 1970s until now. Derek’s new book, ’78-87 London Youth’, captures London at the height of punk as a subculture and how fashion changed with the rise punk music over the course of a decade. Shaun and Derek also discussed politics in the past and present, and how fashion is often a reaction to what is being discussed in Parliament and later implemented across the country. 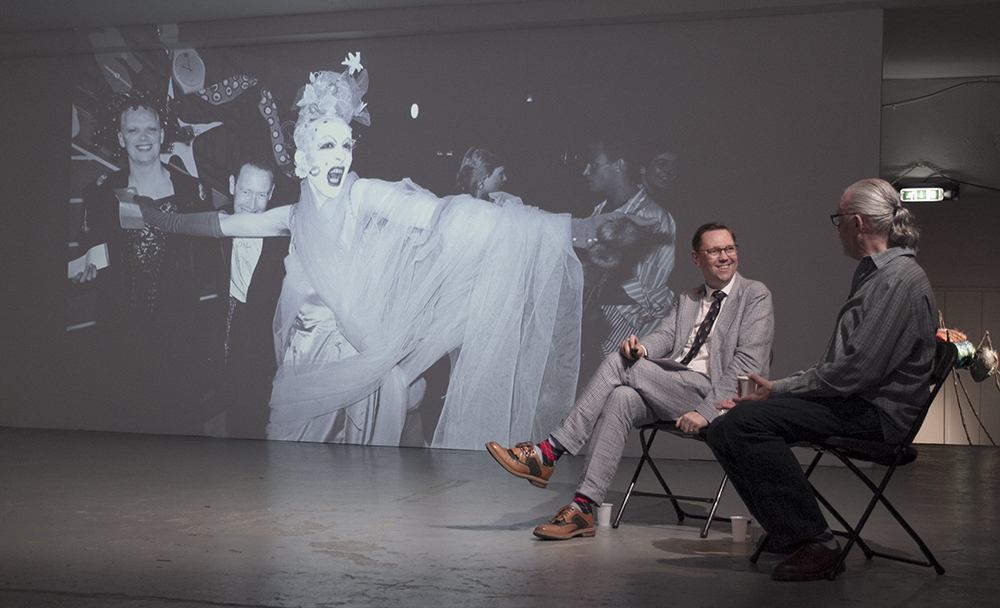 Later, Lukas Neo and Suola Dong showcased their work to a packed audience, which was followed by Man Seok Kang in the same space. Live public illustrations were happening during the afternoon as students drew models, artefacts and even the the public. Students included Nikita Adina Whitmore, Gracie Arnold, Joseph Standish, Elena Isaeva, Rhiannon Cooper and Manon Franklin-Fraiture. 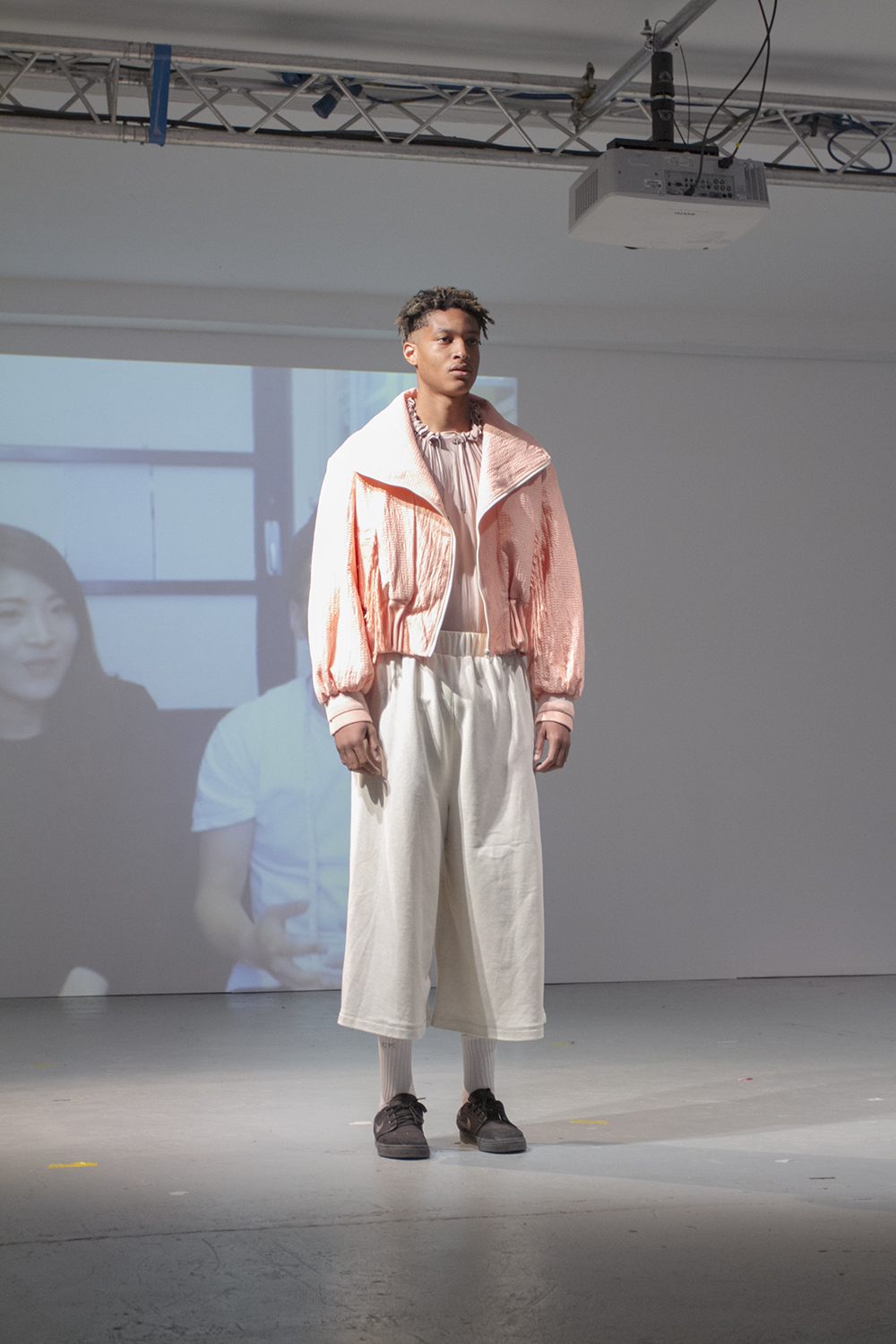 LCF BA (Hons) Creative Direction for Fashion student and designer Jacob Alexander closed the day with a fashion show for his O+ by JACOB ALXNDR clothing brand, and talked about his eagerly anticipated app, The Positive Project. After being diagnosed with HIV last year, he began to realise how attitudes towards him changed and he wanted to address this stigma in his app. Jacob’s show and talk garnered lots of interest after being featured in The London Evening Standard. London College of Fashion and Jacob Alexander both hoped that LCFMEN could be used as a day to portray positivity within male fashion, while also analysing the changes that the industry has experienced in the past decade.