Last week, BA (Hons) Fashion Illustration course leader Sue Dray was joined by LCF students to deliver an iPad Illustration workshop, coinciding with the relaunch the Apple Store on Regent Street, as part of their event series, #TodayAtApple. It’s the second time Sue has taken part in this kind of event at Apple, and both times have been a great success. 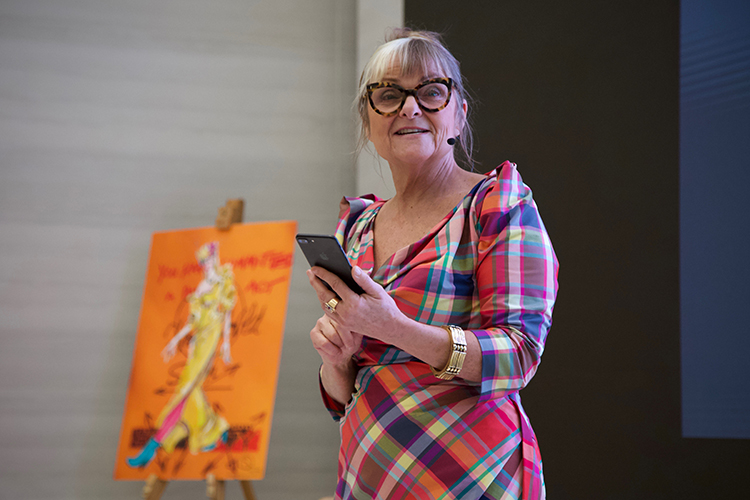 Sue spoke to the audience about her career in fashion illustration, followed by a short lesson on using iPad Pro to illustrate. The audience were invited to illustrate a live model who wore a collection by MA Fashion Design Technology Womenswear graduate Missy Wu. With the help of  BA (Hons) Fashion Illustration student Rochelle Phidd, the audience were given the best tips for illustrating on an iPad. Below we share some photos from the evening. 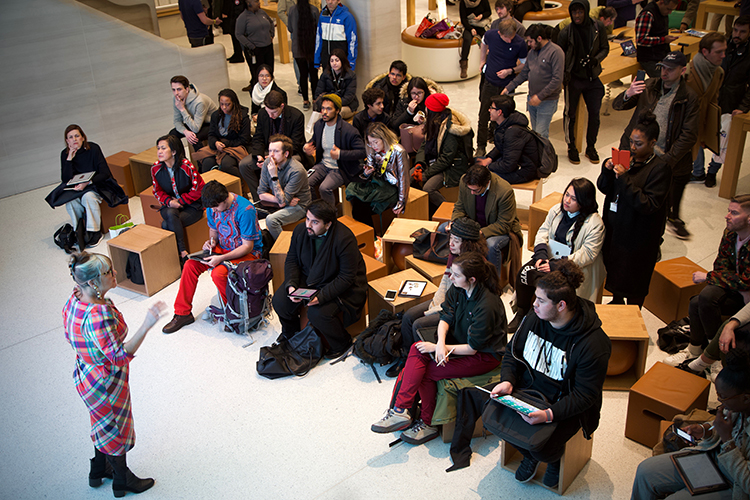 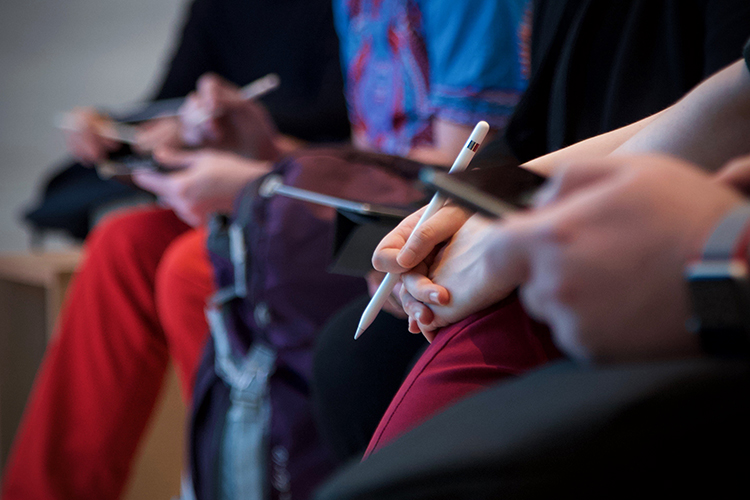 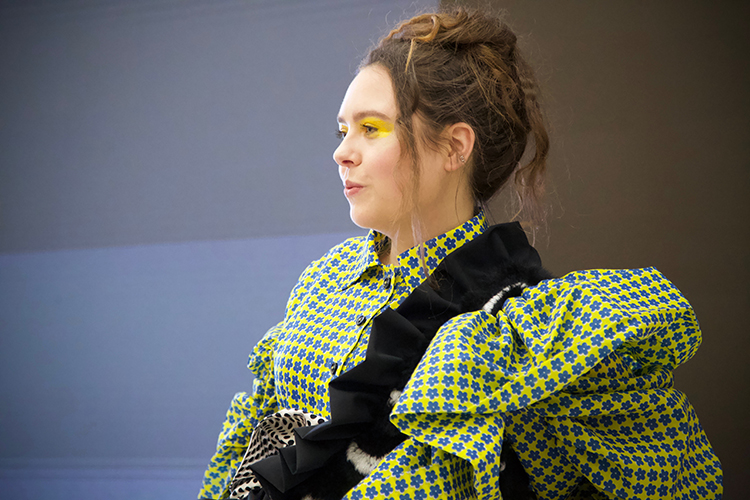 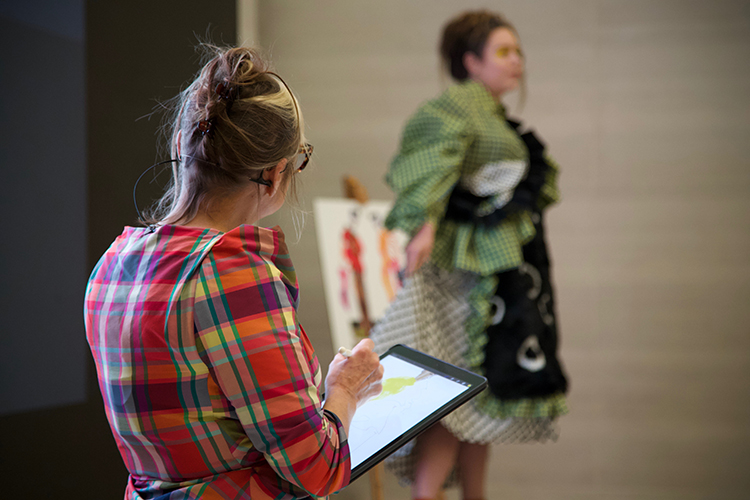 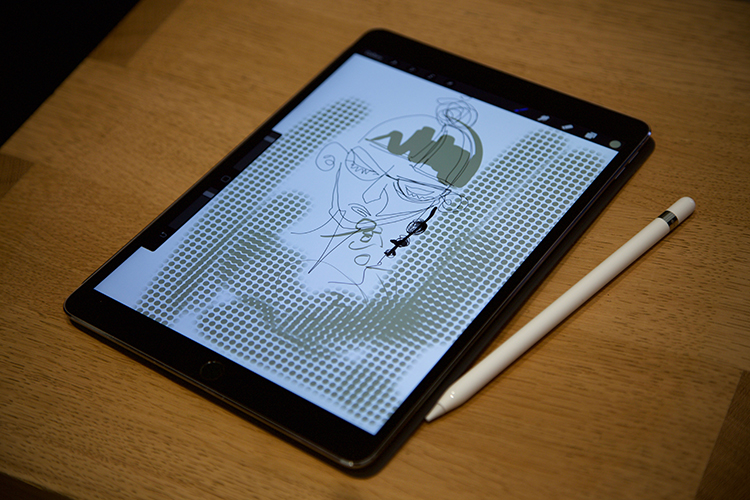 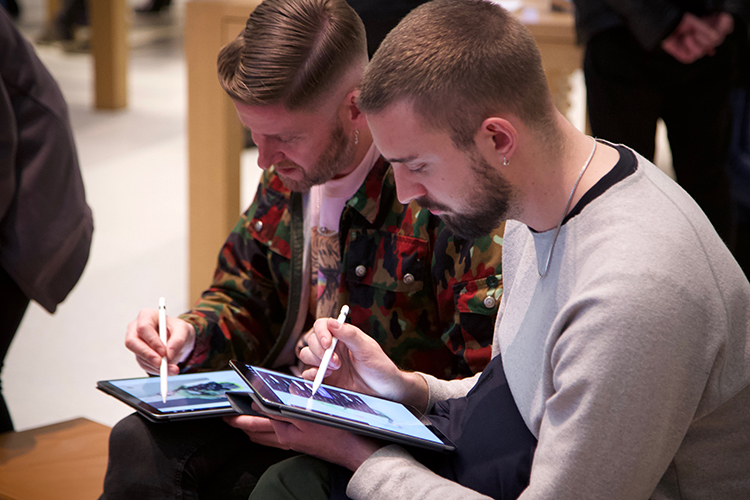 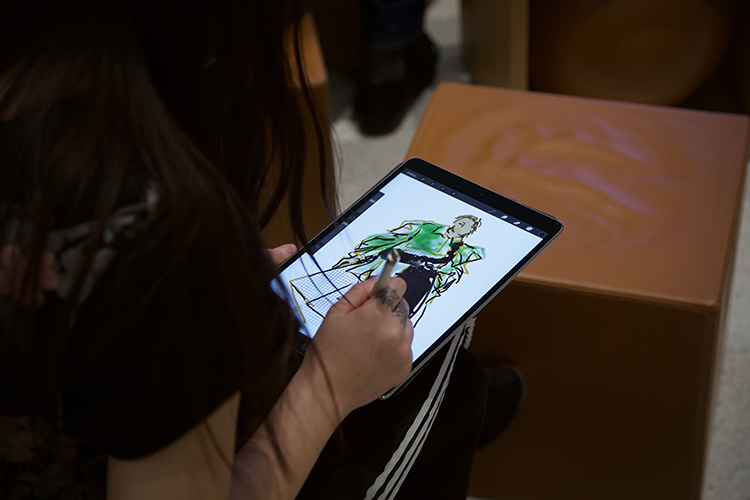 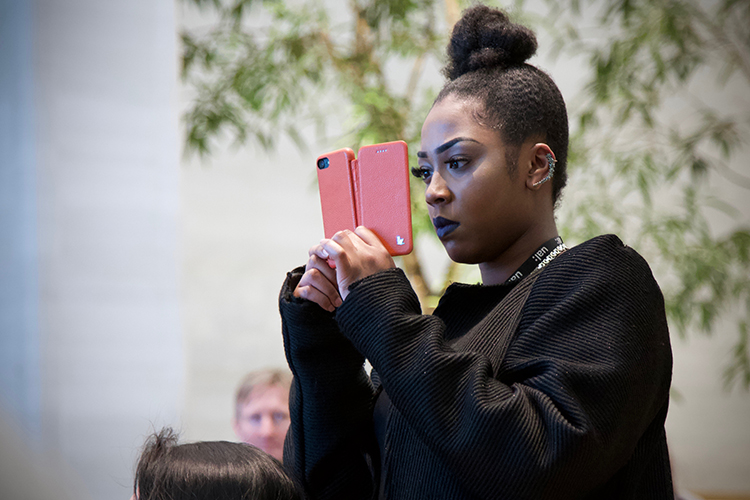 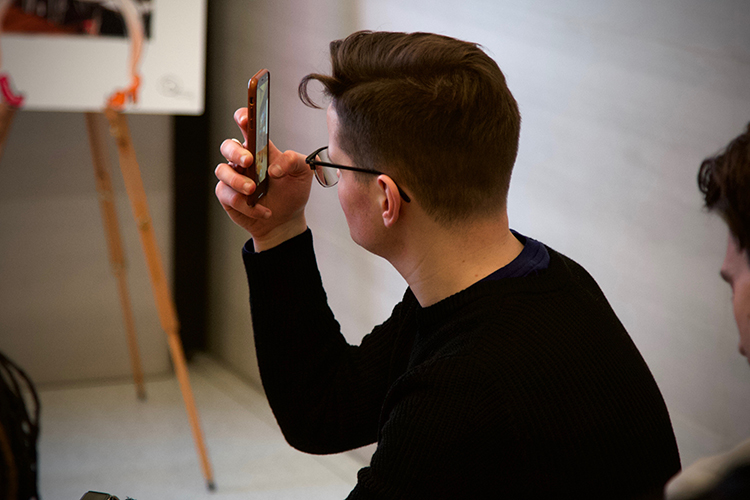