As part of our LCFMA18 Graduate Spotlight series, we hear from MA Costume Design for Performance student, Ye Liu. Ye is originally from China where she studied fashion design before and her final project is is based on a mystery novel called ‘The Tokyo Zodiac Murders’ by Soji Shimada. 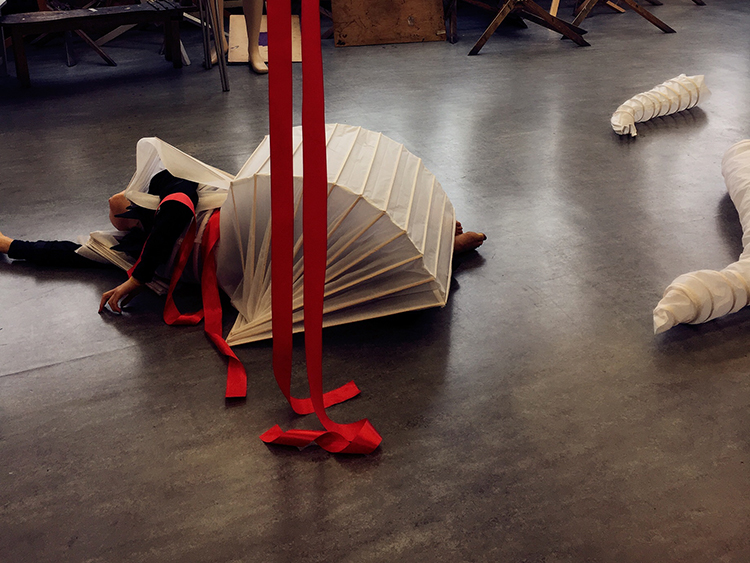 My final project… is based on a mystery novel called ‘The Tokyo Zodiac Murders’, by Soji Shimada. The novel describes a murder case that took place in Japan in 1936, the murderer used a clever trick to dismember the five bodies and make them up to look like they were six corpses. I realised when she did the case, she was only 23, brutality and vulnerability coexists on her at the same time. So basically the costumes show the changes of the murderer’s psychology State in a contemporary way. My top tip to new students is… do not leave your work to tomorrow – otherwise you won’t finish it!

I chose LCF and London because… one of my hobbies is watching films, so l realised I could learn something, and combine fashion design and film together, through costume design. LCF was the best choice.

The biggest challenges was… ideas of fashion design confused me at beginning. I was taught to think in a more costume design way, which considers the feelings of the audience rather than your own feelings.

My biggest inspirations and muses are… Antony Gormley and Olafur Eliasson.

After my MA… I’d like to work as a costume designer for films, and also I draw illustrations a lot and post them on Instagram, so I am looking forward to pursuing that further.

LCF is moving east… I think it’s great – it means students can get more space to work in!