From Scandinavia to Savile Row with alumnus Andreas Kristoffer Feet

Norwegian tailor Andreas Kristoffer Feet started off as a womenswear student before finding his calling in London and reaching Savile Row’s elite world of tailoring and clientele. The BA (Hons) Bespoke Tailoring alumnus has gone from the LCF BA13 show to a managerial role at established Savile Row tailors H.Huntsman & Sons, alongside a judging role on the Norwegian adaptation of ‘The Great British Sewing Bee’ on the way in just three years.

LCF News spoke to Andreas and  discussed his recent collaboration with scenographer Matias Ashvik for RAFF Design Week and how unique tailoring in London is to the rest of the world. 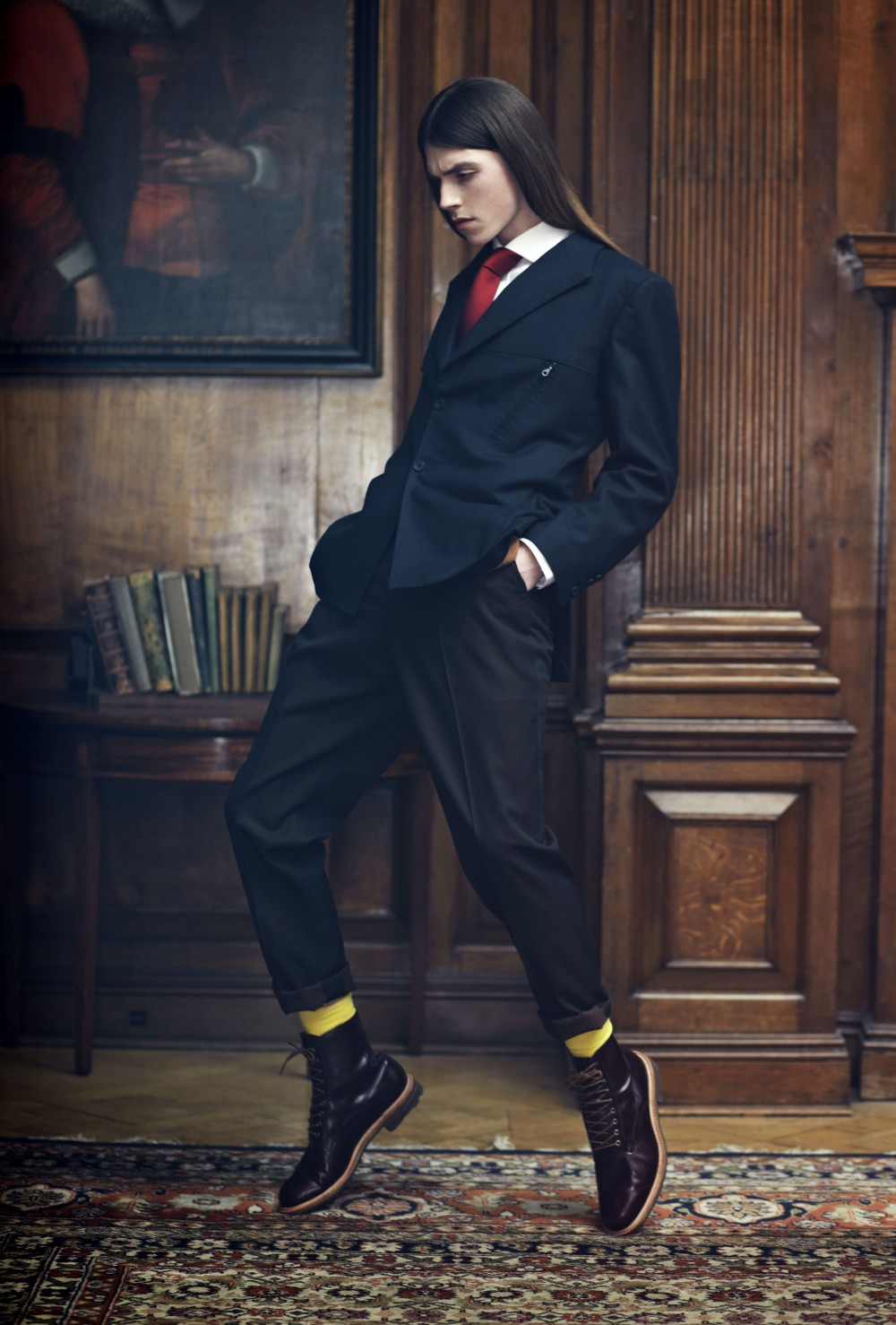 What did you study before LCF, and why did you want to study BA (Hons) Bespoke Tailoring?

I studied fashion design at Melbourne School of Fashion for one year, as my foundation course. It was based on womenswear, which was where I figured I was more suited for menswear. It was a bit of a coincidence that I became a bespoke tailor as I stumbled over it online. But as I started the course I began to realise how this was the pinnacle of menswear and I fell in love with it.

London and Savile Row is known globally for its tailoring. Did that influence your decision to move here?

Absolutely. London is the world’s capital, and you really feel that when you travel abroad and come back. Savile Row is a magical place with so much history and tradition. It has taught me so much over the years, I think it would be hard to find the same culture anywhere else in the world. It’s also close to everywhere in the world, which is great for travelling and exploring.

What have you been doing since graduating in 2013?

I have been working for Richard James in the bespoke shop and I was also e-commerce manager until I started working for Huntsman in August last year as front of house. I now have more of a managerial role in the company which I find really exciting, where I get to be involved in almost every aspect of the business. My current goal is to experience and learn as much as possible to prepare myself to start my own business. I also have several side projects on the go to keep up with creativity. 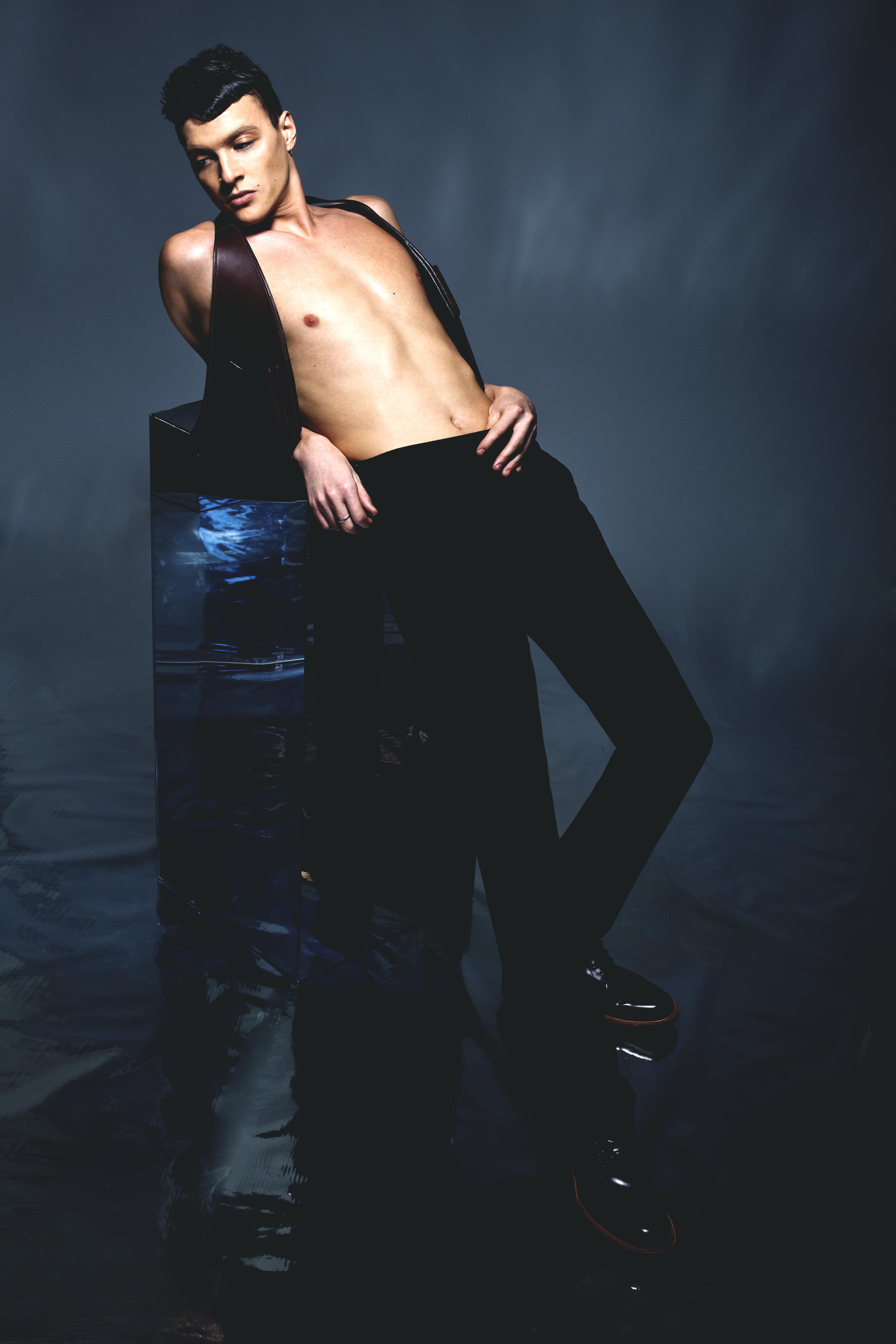 You’re a Senior Client Manager at established Savile Row tailor H.Huntsman & Sons. How did you get to that position, and what is a normal day at work like?

I got into Huntsman through a connection I made when applying for a job at Dunhill. He was about to start at Huntsman and introduced me to the general manager. Network is everything. Everyday is different, I go between serving customers to developing our website to developing our new CRM system to explore new ways of improving our business and service. I have to be on top of so many fields which you really only get a chance to do in a small company. For this is very rewarding and inspiring.

Do you deal with high profile clients?

Yes almost everyday. The clientèle of Huntsman are largely made of high net worth people, which can be very demanding. But it also makes you more precise in your work and very professional in the way you go about serving and handling these kind of people. Luckily most of them are really nice to work with, which is very important in order to enjoy the job.

You teamed up with scenographer Matias Askvik at RAFF Design Week in Bergen. What did you produce for the collaboration, why, and how did it come about?

Matias is probably one of the best Scenograf out from university in Norway, and truly a creative spirit. We wanted to set a focus on good design and how important that is for the wellbeing of the planet and also life on it. I used parts of the collection I created for my final year at LCF, and Matias made the display pieces for them. The pieces really separated the products from the outer surroundings, which made the focus to be on the product and the values behind it, rather than purely the aesthetic. Matias is also my cousin, so the connection was natural. I’m a big fan of his work and the way he approaches a subject. His way of thinking is about the context, which is what we need to consider for the exhibition. 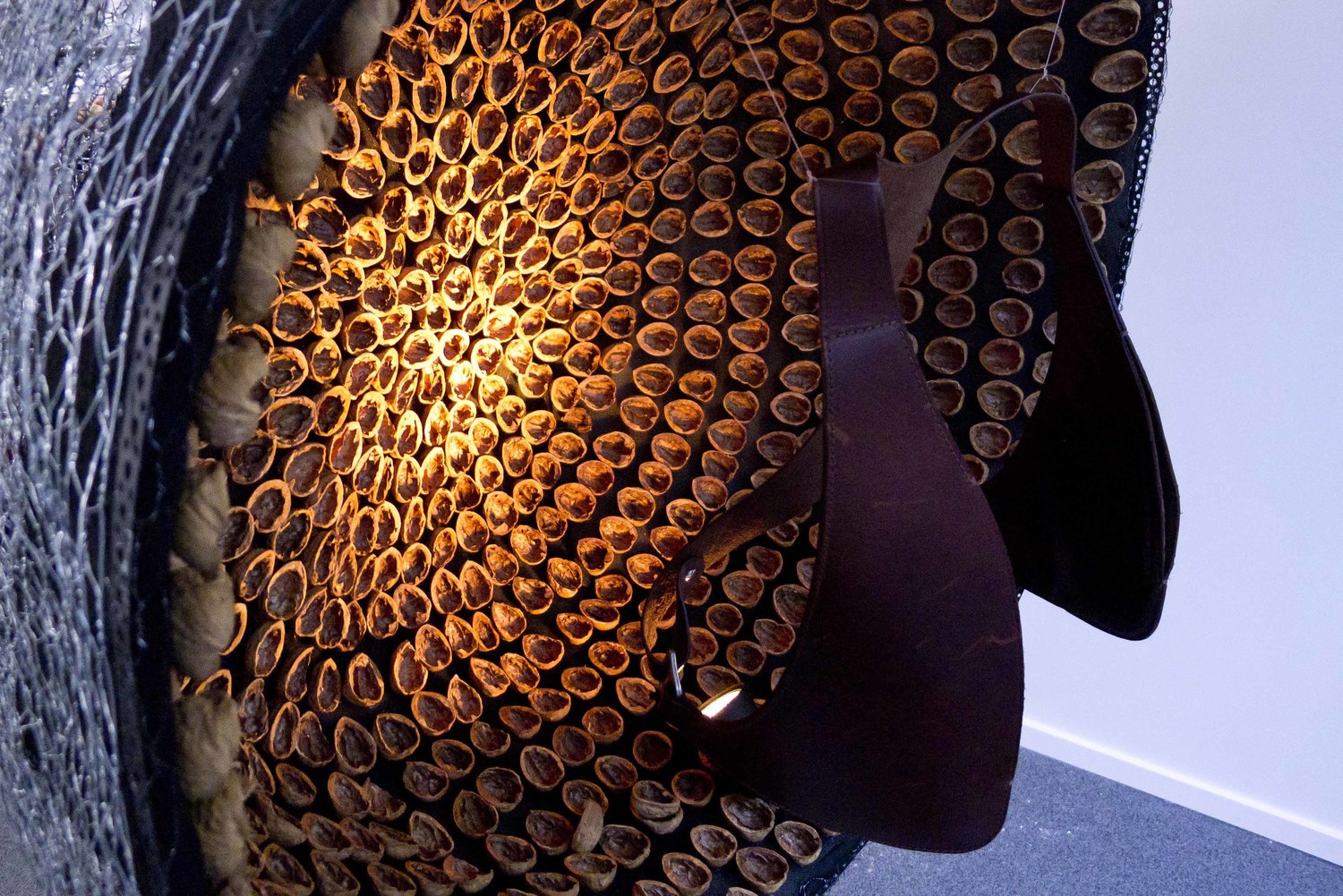 Andreas teamed up with scenographer Matias Askvik at RAFF Design Week in Bergen, to create an exhibition with an aim to increase the awareness of how important design thinking is for clothing and accessories.

What advice would you give to anyone wanting to pursue a tailoring career or studying a degree at London College of Fashion?

My advice would be to use LCF and the course as a platform to go beyond what one does at uni. It’s important to do well at uni, but equally important to make as many connections as possible at every chance offered. I was lucky to be included in many special events, such as meet and greet with people from the industry as well as the golden shears. This has benefited me in many ways and on so many occasions later in my work career. In order to get into LCF, I think it’s about showing you are genuinely passionate about the subject and take it seriously. So many these days focus more on what happen outside of uni, but I think the two marries well and need to coincide with each other for one to have a successful degree that one can build on.

You were also a judge on the Norwegian adaptation of ‘The Great British Sewing Bee’ 2014. Is tailoring as big in Scandinavia as it is in the UK?

Bespoke tailoring as we have in the UK does not exist in Norway. It is therefore very exciting to show this side of clothing to the people there. The show was extremely successful which makes it even more so, reaching out to over 10% of the total population in the country. Formal dressing is becoming increasingly popular there, as it is several places in the world, and it’s nice to be a part of that movement. By setting the focus on sewing and making garments, hopefully people will start to be more considerate of the clothing they buy and where and how it is made. 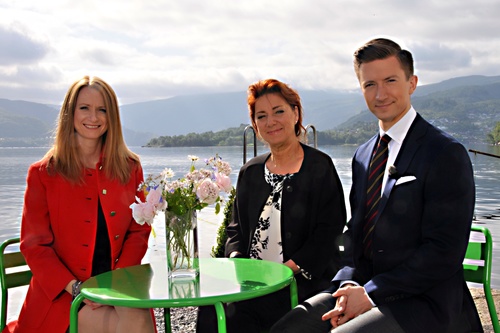 Andreas as a judge on the Norwegian adaptation of ‘The Great British Sewing Bee’, broadcasted fall 2014.

Where do you see yourself in five years’ time, would you like to start your own tailoring business?

I definitely want to start my own business, not necessarily tailoring, but use tailoring as the foundation for my business. The principals and values that we have in this field are easily transferable, and it can make a huge difference to another area of the industry when applied correctly. My goal is to redefine the clothing industry, and change the way people think about clothing. It’s quite remarkable that the clothing industry is the second largest contributor to pollution after oil and gas, and there is still so little innovation to using on improving this. This has to change are we to see new generations grow up to take over a healthy world with every opportunity open to them.